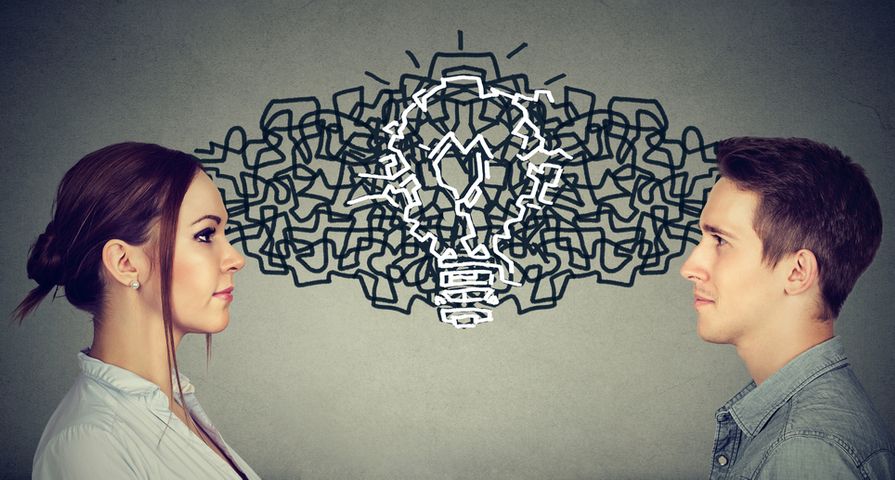 We often associate a person with how well they function mentally by their intelligence quotient (IQ) score, and there is something to it. However, IQ is more complicated than just a number, and there are different facets to intelligence (including creativity and emotional IQ) to consider in the big picture.

Having a high IQ does not guarantee any success in life, and having what is considered a mental disorder may not impact IQ at all – in fact, in some cases, those patients may score higher on IQ tests. Let’s study IQ a little closer and figure out seven things about what it’s really all about…

The average IQ for humans varies depending on which source you turn to, but many experts seem to put the average in the 95 to 105 range. That means you have average intelligence – always known as “competent,” as you can keep up with the masses in terms of cognitive abilities.

According to PositiveMed.com, those with an IQ of 115 or above “can do any job without restrictions and difficulties,” and those with a marginally lower IQ “may find it stressful to perform complex jobs.” So, based on this, you don’t need an IQ of 185 to be a rocket scientist.

According to NursingDegree.net (and other sources), breastfeeding has been linked with higher IQ in children, which positively impacts academic achievement. The source cites a study that was performed in 2008 to measure the cognitive development of breastfed children followed over a 6.5-year period.

The study found that the children that had been breastfed scored higher on IQ tests measuring academic performance and cognitive abilities, notes the source.

There are different schools of thought when comparing IQs of males versus females, but it’s not as easy to say men are smarter as a group than women, or vice versa. Psychology Today points out that girls seem to have the advantage with cognitive development over boys earlier in life (e.g. girls acquire language skills earlier), but the pendulum swings over time.

Girls in primary school appear to excel at memory skills (like remembering where objects are), recalling stories, and precision tasks requiring developed motor skills, while boys may be better at mathematical reasoning at that age, it adds. One of the theories is that more men are atop the bell curve of intelligence (which is why they tend to be considered “smarter” by some), but there are also more men at the bottom. Another theory outlined by the source says outright that males have a 4 to 8-point IQ advantage over females past the age of 15, and that males have a larger brain size than females (relative to body size).

Autism is a neurodevelopment disorder, and many people associate it with lower performance and cognitive abilities. However, there are many exceptions to the rule, and an article in the Daily Mail UK from May 2017 says “researchers have found a surprising connection between intelligence and autism.”

Scientists announced the discovery of 40-new genes that are linked with human intelligence, and found that a number of these genes also landed on the autism spectrum. Many attributes such as bigger head size in infancy and tallness were linked to genetic variations, but there was a surprising link to autism as well. “We found a positive genetic correlation between intelligence and autism, which suggests that genetic variants associated with higher intelligence are also associated with increased risk for autism,” says Dr. Danielle Posthuma, lead author of the study.

We sometimes come across super-smart people who broke the norms and dropped out of school early, but research suggests staying in school can actually have a measurable effect on IQ.  “Although intelligence does influence the decision to stay in school, staying in school itself can elevate IQ,” notes Psychology Today.

Here are some key findings presented by the source: delayed schooling results in a drop of 5-IQ points for each delayed school year; staying in school longer leads to higher average IQs; dropping out of school early can diminish IQ (a study found a drop of 1.8-points for each year of high school missed); and even summer vacations can impact IQ. Furthermore, those who have completed more schooling tend to earn more – college grads earn $812,000-more during their lifetimes than high school dropouts, offers the source.

6. IQ Rising With Each Generation?

Baby Boomers tend to be critical of those from Gen-X, and Gen-X seems to be critical of Millennials, but there are some theories that human collective intelligence is rising with each generation, says the Huffington Post.

A fairly recent study says this may be because each generation seems to have a higher standard of living than the previous one (considering medical care, education and job opportunities), leading to higher performance. Researchers from the University of Aberdeen and Scottish health board NHS Grampian studied 751-people in 2-groups: 1-born in 1921 and the other in 1936. They were both tested several times from age 11-onwards (until 2011). The study found a spread of 3.7-IQ points between the 2-groups, and 16.5-points after age 62. This is also evidence that IQ is not fixed at an early age, it adds. This has also been called the Flynn Effect – which also theorizes that improvements in nutrition, health and other factors lead to higher cognitive functioning.

7. Genetic IQ Potential May be Falling

While we just told you that researchers found higher IQs in subsequent generations, another study points out that our “underlying genetic potential” for intelligence may actually be in decline. “The research found that by one measure of intelligence, the Victorians had modern folk beat,” explains an article from LiveScience.

The article says that some researchers actually believe humanity is being dumbed down. Published papers from a researcher at Stanford University School of Medicine finds that human intelligence peaked about 2,000 to 6,000-years ago, based on genetics. The researcher, Gerald Crabtree, asserts that modern humans have already sustained 2-mutations harmful to “intellect-determining genes,” and predicts more will occur in the next 3,000-years. Meanwhile, some researchers argue that smarter people are having less offspring, which could swallow the gene pool for the future.