Pros and Cons of Immunotherapy 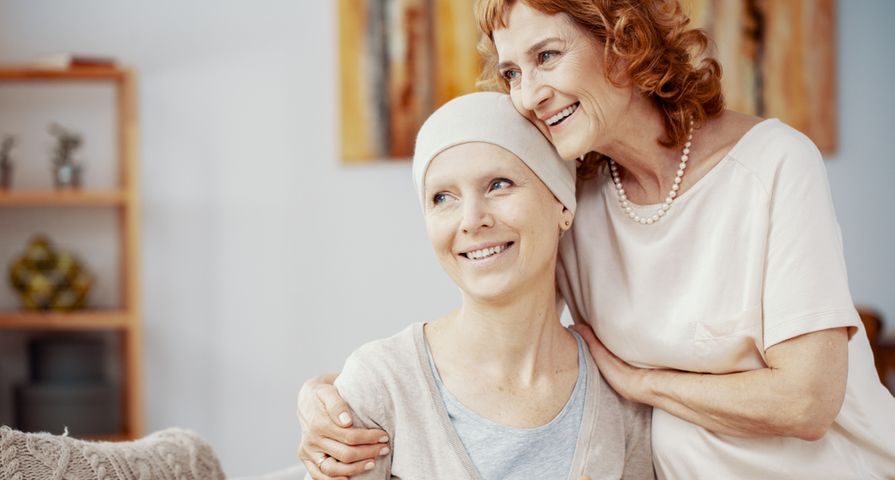 Biggest Risk Factors for Developing Lymphoma
Cancer is one of those words we don’t like to use or hear because it carries a lot of weight. It’s scary. For most of us, it’s affected our lives in one way or another either personally, through a family member, a friend, or just an acquaintance. We all understand the gravity of this condition. While there still is no cure for cancer, there are many treatments available and for some cancers, if found early, the survival rate is high. One of the available but lessen known treatments is immunotherapy. This form of treatment uses the body’s own immune system to fight off cancer and can even be used in tandem with other treatments to make it more effective.

Even though immunotherapy is used to treat cancer and is praised for it’s effects, there are also some very real and serious risks. The only way to determine whether immunotherapy is right for you is to consult with a doctor. If it’s something you’ve been considering or want to learn more about, here’s the perfect place to start! Let’s take a moment to look at the benefits and risks of immunotherapy…

Before we begin discussing whether or not immunotherapy is good or bad and the pros and cons of this particular treatment, we must first talk about what it is. Our immune system is designed to fight off disease and infection to keep our body healthy. It’s made up of white blood cells, as well as organs and tissues of the lymph system, like bone marrow, says WebMD.

Immunotherapy is a treatment of drugs that are designed to encourage our own body to fight against and get rid of cancer. They help the immune system work harder and make it easier for them to fight off and kill cancer cells. There are many immunotherapy drugs that are approved and being used as a viable treatment against cancer, but there are many others that are still in the clinical trial phase, being tested on whether or not they are safe and effective. The Cleveland Clinic points out that it was first used for treating kidney cancer and melanoma, but it’s now also being used as a treatment for various types of cancer.

So before starting immunotherapy, let’s go over the risks and benefits because there are plenty for each.

2. It Can Be The Only Option

In some cases, immunotherapy is the only option. We all think of chemotherapy and radiation as the only treatment for cancer, but in many cases it doesn’t work, and in others, it’s not an option. WebMD notes that certain cancers do not respond well to chemotherapy and radiation — skin cancer is one of them. In this case, immunotherapy is the best and only option.

3. It Can Help Other Cancer Treatments

According to WebMD, immunotherapy makes a good partner in fighting cancer as it can help other cancer treatments work better. “Other therapies you have, like chemotherapy, may work better if you also have immunotherapy.”

4. Fewer Side Effects Than Other Treatments

Like many medications or treatments like chemotherapy, there are plenty of side effects that come along with it. In these cases, a decision on whether or not to take the treatment is simply a matter of weighing the benefits against the risks. When it comes to side effects, immunotherapy wins. Since the treatment only targets the immune system and not the rest of the body, it causes fewer side effects than other treatments, says WebMD.

5. Cancer is Less Likely to Return

The last and arguably the biggest benefit of immunotherapy is that it has a higher success rate for whether or not the cancer will return. “When you have immunotherapy, your immune system learns to go after cancer cells if they ever come back. This is called immunotherapy, and it could help you stay cancer-free for a longer time,” writes WebMD.

6. There Can be Bad Side Effects

Like many forms of treatment, immunotherapy can cause some nasty side effects. It’s up to you whether or not the benefits outweigh the risks. According to WebMD, some types of immunotherapy will provide a jolt to the immune system to enhance it, but at the same time cause flu-like symptoms with a fever, the chills, and fatigue. Other cases have reported symptoms like swelling, weight gain from extra fluids, heart palpitations, a stuffy head, and diarrhea, says WebMD. The side effects experienced by each patient will vary.

Other side effects reported by Regional Cancer Care Associates (RCCA) are rash and blisters, headaches, shortness of breath, difficulty sleeping, and weakness.

Going off the previous slide on side effects, there are also some even more serious side effects that could be life threatening. Regional Cancer Care Associates notes that immunotherapy contains monoclonal antibodies, which “have been known to cause high blood pressure, bleeding, blood clots, kidney damage, severe rashes and other serious risks.”

The source also notes that CAR T-cell therapy can cause cytokine release syndrome (CRS) which can lead to a high fever and low blood pressure. “Additional side effects may include seizures, confusion, serious infections, low blood cell counts and severe headaches.”

8. You Could Have a Bad Reaction

Similar to the bad side effects, there’s always a chance when you’re putting a foreign substance into your body that you’ll end up having a bad reaction to it. When it comes to immunotherapy, it’s not uncommon for the patient to have reactions like itchiness, pain, swelling, redness, or even just soreness in the area of the body where the medication was inserted.

Other serious side effects of immunotherapy are that it can cause harm to internal systems and organs. “Some of these drugs can cause your immune system to attack organs like your heart, liver, lungs, kidneys, or intestines,” says WebMD.

Wouldn’t that be nice? A quick fix to something like cancer? Unfortunately, while we’ve all been waiting for the day when it would be announced that they’ve found a miracle cure or quick fix to cancer, immunotherapy is not it. In fact, in some cases, this form of treatment actually takes longer to work than other treatments. WebMD points out that there is no guarantee it will work, and it definitely won’t cause the cancer to go away quickly.

11. Doesn’t Work for Everyone

As we’ve already pointed out, there is no guarantee that immunotherapy will work. It’s not a “one size fits all” method. The Cleveland Clinic points out that while it’s considered to be a major breakthrough in cancer research, it’s important to note that every cancer reacts differently to different types of treatment. This also goes for people. Different people with the same type of cancer will respond differently to immunotherapy.

In fact, it hasn’t worked for a lot of people. Less than half of the people who try it are successful with it, says WebMD. “Many people only have a partial response. This means your tumor could stop growing or get smaller, but it doesn’t go away.” It’s still unclear why immunotherapy works for some people, but not others, and for this reason it’s not an option for every patient.

The human body is a beautiful thing. It amazes us at what it can do, how it can heal, and int some cases, how it can adapt. While more often than not these impressive qualities are good, it also means that with a therapy like immunotherapy, the body could adapt and get used to the treatment. Over time, the immunotherapy might stop being effective on cancer cells. “This means that even if it works at first, your tumor could start to grow again,” explains WebMD.