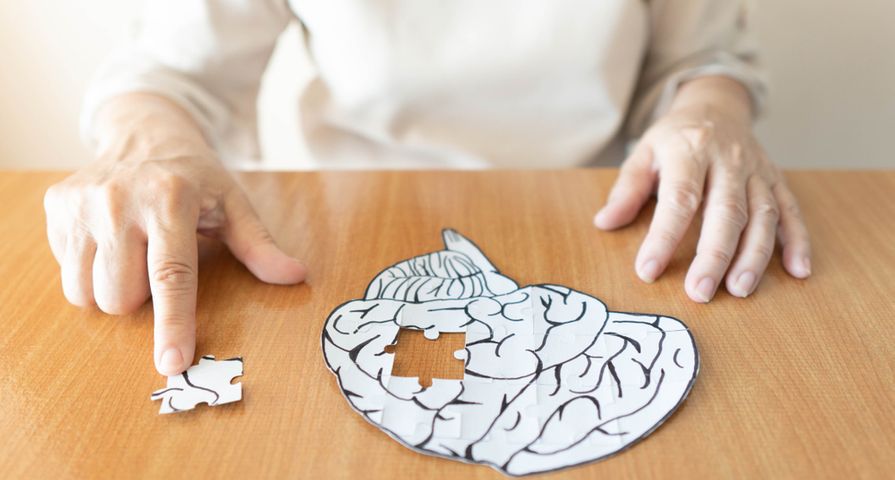 Parkinson’s disease (PD) is most commonly recognized by its effect on a person’s movement. As a progressive nervous system disorder, it causes involuntary movements. Other symptoms may not be as noticeable, particularly in the beginning as they often appear gradually. Unfortunately, there is no cure, but there are medications available that can greatly improve these symptoms.

In addition to the long list of symptoms that come with PD, there are also some lesser known complications that may arise. If you or someone you love has been diagnosed with this disorder, it may be helpful to better understand the possible complications in order to cope. Here’s a look at some of the most common complications to watch for…

PD weakens the muscles in the mouth and jaw, making it hard to swallow food. This puts them at risk for food getting stuck in their throat. They may also have trouble chewing and eating. As the condition progresses, people may even struggle with drooling, as their saliva production increases. “Saliva may accumulate in your mouth due to slowed swallowing, leading to drooling,” writes the Mayo Clinic. It can also have the opposite effect where people begin to produce too little saliva, making swallowing uncomfortable, says Healthline.

This complication mainly pertains to people in the later stages of PD, as the disease can become quite serious. If someone is experiencing problems with chewing and swallowing, they should be monitored closely because it can lead to choking and cause food or liquids to leak into the lungs (leading to pneumonia), as well as poor nutrition, adds the source.

As we previously mentioned, PD affects the muscles in the mouth, which is why speaking problems can also arise. Over time, speaking can become softer and harder to understand, says Medical News Today. Another reason this problem occurs is because PD begins to create cognitive difficulties, which also makes it harder for them to communicate. We’ll get into the specific cognitive difficulties later on in this article.

Due to their declining social skills, they may struggle with keeping up in social activities. The source references a study published in the BMJ Open back in 2017, which found that speech therapy can be an important tool for coping with PD, especially when it comes to communication. This type of therapy may allow those with PD to improve or maintain their quality of life by giving them the tools to communicate effectively.

Medical News Today reports that up to one-third of people with PD will experience some level of constipation. The reason for this may be muscle weakness, a reduction in fluid intake, side effects of medications, or the impact of the disease on their nervous system, which includes the digestive system. Constipation is uncomfortable for anyone, but for people with PD, it can sometimes lead to anxiety and create even more discomfort than what they are likely already experiencing, which can reduce their quality of life.

Thankfully, there are some possible solutions for constipation. People may be able to find relief with medications (i.e., laxatives); with dietetic interventions, such as probiotics and prebiotics; by increasing their fiber and fluid intake; or with some physical therapy, says the source.

In addition to having speaking and swallowing problems, a person with PD may also suffer with some cognitive difficulties, such as dementia. Cognitive difficulties may arise from the fact that PD disrupts the part of the brain that controls thought and memory. According to the Alzheimer’s Association between 50- and 80-percent of people with PD will develop “abnormal protein deposits called Lewy bodies in their brains,” writes Healthline. “These are the same deposits found in people who have dementia with Lewy bodies (DLB).”

This complication typically won’t occur until a person’s disorder has progressed quite significantly. They will be well into the later stages of PD. Symptoms include memory loss, trouble concentrating, poor judgement, hallucinations, delusions, irritability, anxiety, and sleep disturbances. Unfortunately, this complication cannot be helped with any medications, adds the Mayo Clinic.

It’s probably not all that surprising to learn that many people with PD struggle with depression. According to a study published in the Current Neurology and Neuroscience Reports, up to half of patients with PD will develop clinical depression at some point in their life. It typically occurs in the early stages of their disorder as they grapple with their new life-changing diagnosis. It is a lot to deal with, especially as your body begins to show the first signs of this chronic disease. However, Healthline points out that it’s also due to the chemical changes occurring in the brain. Parkinson’s may cause depression due to its effect on serotonin levels in the brain.

The best way to cope with this complication is to receive treatment as early as possible. This can help with all the other challenges a person might face when dealing with Parkinson’s, says the Mayo Clinic. In addition to depression, the Mayo Clinic explains that people may also experience anxiety, fear, or struggle with a loss of motivation. There are some medications available to help treat these symptoms, as well.

It’s not uncommon for someone with PD to struggle with sleep problems or sleep disorders. These issues may include waking up frequently throughout the night, waking up too early, or falling asleep during the day. “People may also experience rapid eye movement sleep behavior disorder, which involves acting out your dreams,” says the Mayo Clinic. Other possibilities include nightmares, insomnia, restless leg syndrome (RLS), sleep apnea, and confusion at night, says Healthline.

Luckily, the source notes that there are some medications that can help relieve certain sleep problems. You can also consult a sleep specialist who can provide a proper diagnosis, as well as treatment to help improve sleep.

Bladder problems may arise, as PD interferes with how messages are sent from the brain to the bladder and bowels. This issues can include a constant urge to urinate and leaking when laughing, exercising, or even sneezing. It can cause people to frequently need to urinate, particularly through the night. It can cause a weak urine stream, diarrhea, constipation, and stool leakage.

There are a few things that can be done to help ease this complication. Healthline recommends making a few lifestyle changes, such as going to the bathroom regularly throughout the day and increasing your fiber and fluid intake, as well as taking a stool softener.

About 10-percent of people with PD will experience pain as one of their first noticeable symptoms, says the American Parkinson Disease Association. Later down the road, this percentage increases to about 50-percent. This pain can occur in a number of different areas of the body, such as the shoulders, neck, back, or feet. Healthline notes that the sensation of this pain can be different for each person. For some people it’s an aching sensation, while for others it could be a sharp pain, burning, pulsing, or “pins and needles.” It’s typically felt in specific areas of the body, but it can sometimes be felt throughout your body.

To treat this pain, according to Healthline, doctors may prescribe levodopa, which helps relieve the muscle spasms causing this pain. If this doesn’t work, they can also try analgesic pain relievers, physical therapy, acupuncture, or exercises (such as tai chi and yoga).

Similar to many other health conditions, Parkinson’s causes people to feel much more fatigued than they usually would. This is typically in relation to the complications around sleep. People with Parkinson’s often struggle with sleeping at night or sleep disorders, which is why they may feel tired or struggle with energy loss throughout the day. While that’s an obvious reason for fatigue, Healthline notes that the lack of energy they feel is more than just from a poor night’s sleep. They will sometimes feel so fatigued that they can’t even get out of bed. The cause behind this fatigue isn’t yet known or fully understood.

The best way to combat this complication is to take any medication as it’s prescribed, take naps throughout the day and try exercising to help increase energy levels. All of this can help fight any Parkinson’s related fatigue.

Both men and women with PD may notice a decrease in their sex drive and performance. According to research published on The Michael J. Fox Foundation website, nearly 80-percent of people with PD will lose their desire and ability to have sex. This may also be a side effect of other complications like depression, anxiety, or fatigue.

Performance issues occur as a result of a fall in dopamine levels, says the American Parkinson Disease Association. When it comes to men, the disease impacts the nerves that enable them to have an erection or have any feeling at all in their genitals. “It also causes stiff or jerky movements, which can make the act of having sex uncomfortable,” writes Healthline. For women, vaginal dryness is often a problem. If this is the case, talk to your doctor. There may be a way to work around these issues. In some rare cases, medication can help increase dopamine levels in people with PD. However, it’s not the perfect solution because it can increase a person’s sex drive to unusual levels which can also create a problem.

According to research published in the Parkinson’s Disease journal, over 95-percent of people with this chronic condition will lose their sense of smell to some degree. Part of this loss of smell may be an inability to identify certain odors or differentiate between odors. This is due to Parkinson’s impact on the nervous system, says Medical News Today.

This reduced sense of smell can be interpreted as a warning sign of PD because it can begin to happen years before any other symptoms appear. Oftentimes it’s overlooked. The source notes that doctors can sometimes use a reduced sense of smell as a predictor for PD. It’s also considered one of the top five most common symptoms.