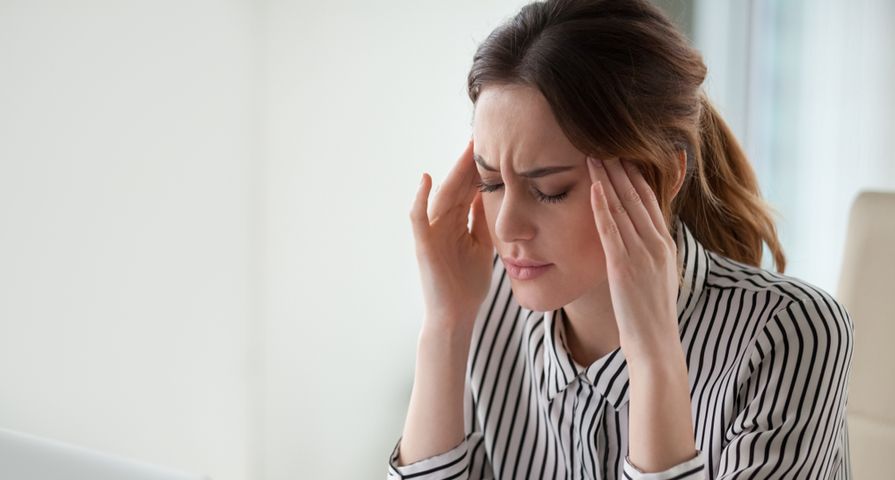 We all know the telltale signs of depression – namely, a prolonged sadness that isn’t always triggered by a single event. However, depression can affect more than just your mood – it can extend to your body in the form of aches and pains and other symptoms.

In fact, the diagnostic criteria of depression in the DSM-5 (that classifies mental illnesses) are diminished pleasure in everyday activities and a chronic lowered mood – but it also includes some lesser thought-about physical symptoms that you should know.

VeryWell Mind explains that those suffering from depression may experience “vague” aches and pains that can arise in joints, as well as their back. In some cases, it notes, a person may experience pain throughout their body that can be debilitating.

It notes that chronic pain itself can be a trigger for depression, but the pain can be a symptom of the mental illness. The source notes that researchers are still trying to pinpoint the exact relationship between aches and depression – one theory is that there could be a disruption of neurotransmitters such as serotonin, which is attached to mood and other functions.

People who suffer from migraines can tell you that they’re no fun whatsoever. While these next-level headaches aren’t yet fully understood by medical scientists, there are some known triggers such as hormonal changes, sleep disruption, pressure changes due to weather and certain medications.

However, perhaps you weren’t aware that depression could also be a trigger for migraines, according to EveryDay Health. It cites a neurologist who states that up to 40-percent of people who experience migraines also have accompanying (comorbid) depression. A study cited by the source suggests 11-percent of migraine subjects also had a mood disorder including depression.

It’s normal to feel tired out once in a while, especially if you’ve had a busy time at work or you’ve experienced a lot of physical exertion. However, with depression you might feel yourself wanting to take a nap – even if you’ve had a relatively light day.

This isn’t your usual run-of-the-mill feelings of tiredness, notes Healthline. The source notes that fatigue from depression can be accompanied by “concentration problems, feelings of irritability, and apathy.” It also cites a doctor that explains many depressed people don’t get proper sleep, which compounds the feeling of sluggishness. Fatigue can be caused by many things, but if you’re often feeling sad too, there could be a connection, it adds.

VeryWell Mind explains that sleep problems are one of the major markers that doctors look for when diagnosing depression, noting sleep issues are common among patients with the mental illness.

It says that depressed individuals may have trouble falling asleep, or struggle to stay asleep or get “restful” sleep. Some may be getting too much sleep. It points out that some research has suggested a link between circadian rhythm “disturbances” and depression risk. This “sleep-wake cycle” has become an area of study as a way to treat depression, it adds.

WebMD explains, “depression and weight problems often go together.” It notes that while many people with depression can start to lose weight (to an unhealthy level), others with the mental illness may experience the opposite.

The source cites a review of multiple studies that suggest obesity is tied to a greater risk of depression. While it’s hard to say whether depression leads to obesity or vice versa, the source points out that symptoms such as lack of energy can worsen the situation. EveryDay Health adds that while depression can lower appetite, others will overeat as a way to deal with negative feelings.

Healthline cites a German study from 2010 that suggests depression might actually have a negative impact on eyesight. More specifically, the depressed subjects in the study had less ability to determine differences in black and white, which is known as contrast perception.

Meanwhile, another study looks at a possible link between depression and dry eye disease (DED), which is a common condition that can cause anything from minor irritation to actual scarring of the eye’s surface, according to AllAboutVision.com. Dry eyes can also cause blurred vision, it adds.

If you find your food isn’t digesting well, leading to problems such as bloating or constipation, then depression might be to blame according to EveryDay Health. The source notes that the digestive system contains more than 500 million neurons that has recently been referred to as a “second brain.”

Interestingly, the source points out that up to 90-percent of serotonin, one of the body’s “feel-good” chemicals, is produced in the gut. It says that some foods can cause inflammation, and that brain inflammation can present as depression. Foods with added sugar can be a culprit, and the source adds that many gluten-sensitive people may also experience depression (backed up by a review here).

EveryDay Health points to a close connection between cardiovascular health and depression. It notes, those with heart issues and depression tend to have more cardiac symptoms. It also cites a study that suggests those with even mild depression have a 60-percent higher chance of death, while patients with moderate or severe depression are at four times higher risk of an early death, and two times more likely to be hospitalized.

Do you often feel sad or listless, and also come down with a lot of minor (or more serious) ailments? There could be a connection to depression. While chronic stress can put you at higher risk of depression, stress can also impact your immune system and open the door to prolonged illnesses.

It may be just a common cold that isn’t a big deal, but it might also lead to a higher risk of developing complications from an infection. Those with stress-compromised immune systems might take longer to recover when they do fall ill. Research continues regarding the link, but theories pose it may be due to inflammation that affects “mood-regulating chemicals” in the brain.