Myths and Facts About Your Immune System 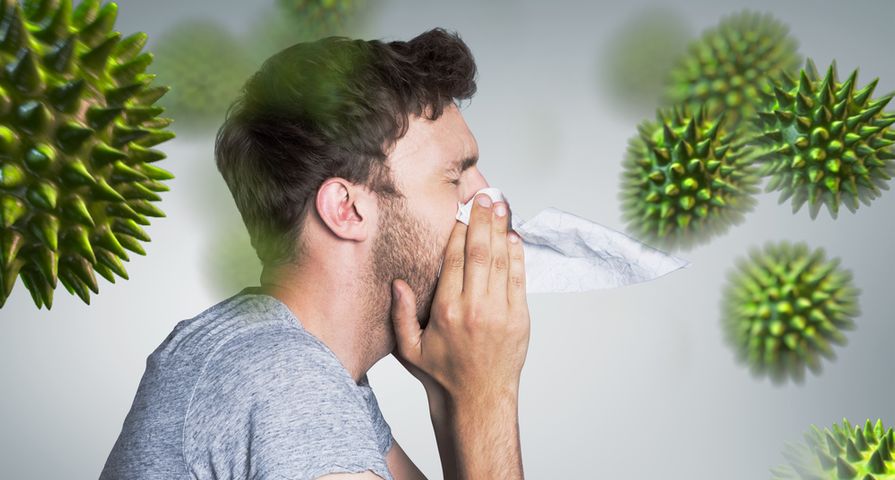 When it comes to health, there are a lot of myths flying around out there. And your immune system is not… immune to myths, either. There are several ways to bolster your immunity, but it doesn’t mean you have to try any magical methods.

While your body needs many essential vitamins and nutrients and vitamins to maintain your immune system, such as vitamin C, buying up supplements off the shelf may be a waste of effort (and not to mention money). The Wall Street Journal cites medical professionals who say that many supplements might not do any good when it comes to strengthening your natural defense system.

However, the source does say you should ensure you eat a healthy diet that consists of “colorful” fruits and veggies that are packed with immune-boosters such as zinc and vitamin D (the latter which could actually benefit from supplements in some cases, it adds).

Fact and Myth: Zinc-Infused Remedies Will Protect Against Viruses

The jury still seems to be out on whether products containing zinc can help you fight off respiratory infections faster. On the one hand, the source explains that some studies have suggested that zinc can lower the frequency of these infections in children, while shortening the life of a cold in adults.

However, the method of administering the zinc makes a difference. The source notes that zinc nasal sprays might actually cause your sense of smell to be dampened (or you might lose it altogether). The FDA actually issued a warning to back this up. Again, consuming natural sources of zinc, such as shellfish, beef, nuts, seeds, and cheese might be the better route.

Every person will experience some stress at some point in their lives. That’s a given. However, WebMD explains that having chronic stress can actually leave the door open to certain illnesses including common colds and those that can be more threatening.

Stress hormones suppress the immune system, it adds. However, there’s no magic potion to eliminate stress – the best way is to manage your stress response through approaches such as meditation, it adds. Socializing and exercising have also been shown to help people deal better with life’s curveballs, it adds.

Fact: Laughter is Good For Immunity

Speaking of stress, there are other ways to naturally lower it for the benefit of your immune system, adds WebMD. One of those ways is to keep your sense of humor, it says – indicating that laughter might actually be the best medicine.

WebMD explains that a good laugh can lower stress hormones while boosting white blood cells that can fight off infections. It also points out something else interesting: it’s not just laughing that’s good for you – it’s the anticipation of it. A study cited by the source shows men who were told they were going to watch a funny video days in advance showed lower levels of stress hormones immediately.

Myth: Your Immune System Is As Good as a Vaccine

There are still a lot of people who don’t get seasonal flu vaccines, despite the fact it can reduce the chance of getting the flu (or at least shorten the duration of the illness). Stats show that only about half of Americans planned to get the flu shot this season.

One of the reasons for this low number is some people’s belief that not getting vaccinated will build natural immunity. This is not true, according to Well and Good – the only way to get immunity from a virus is by becoming sick in the first place, which for some people can become very dangerous, it adds. It also puts others at risk even if you don’t have severe symptoms, it adds.

Fact: Exercise Can Help You Fight Off Infections

It’s not just what you put in your body that will determine how healthy your immune system is. It’s also about how much you move your body, notes the Wall Street Journal. But you don’t have to be hitting the gym for hours or power lifting to get the benefits for your immune system (in fact, working out too hard might actually have a negative effect).

The source explains getting at least 30-minutes of low to moderate intensity exercise daily can help suppress stress and strengthen immune function. That’s the equivalent of a brisk walk around the neighborhood or even doing some gardening.

Fact: Quality of Sleep Is Connected To Immunity

The Mayo Clinic draws a straight line to duration (and quality) of sleep and your immune system health. It notes that studies have shown that those who neglect shuteye are more likely to get sick from exposure to a virus, including the common cold. The source notes that lack of sleep can also make the duration of the illness longer.

The clinic explains the science behind this: when you’re sleeping, certain proteins called cytokines are released by the immune system, which can be helpful when fighting off an infection. When you’re not sleeping, you’re not producing as much of these “protective” proteins, and your levels of antibodies that target infections might drop as well. Long-term sleep deprivation can lead to more serious illnesses.

Myth: The Immune System Only Lives In Your Head

Well and Good also notes that many people think the immune system is limited to the nose, eyes and throat – which prompt people to turn to vitamin C as a first line of defense. However, there are other very important components of the immune system, most prominently the gut, adds the source.

It explains that the balance of gut bacteria plays a huge role in immunity, as this bacteria help to create antibodies that can fight off infections and disease. So, aside from consuming foods that are rich in vitamin C, you should also focus on eating foods that can deliver gut-friendly prebiotics (such as bananas and asparagus), it notes.

Fact and Myth: Cutting Yourself Off From The World Boosts Immunity

Being indoors for long periods of time might reduce your chance of getting a contagious infection from being coughed on or touching a germy surface – true. However, it has been shown in studies that those who are lonely (including a freshman in college, as in one study) have a weaker immune response to a flu shot than those who are more socially connected, notes WebMD.

While staying inside is one thing, social isolation is not a plus for your immune system. Luckily, there are many ways to stay connected socially if you have to stay indoors, such as talking on the phone or video chats (preferably with upbeat people that can make you giggle). You should also seek natural light indoors (from a window, for example) when you can, as it can reduce your stress levels and thus benefit your immunity.