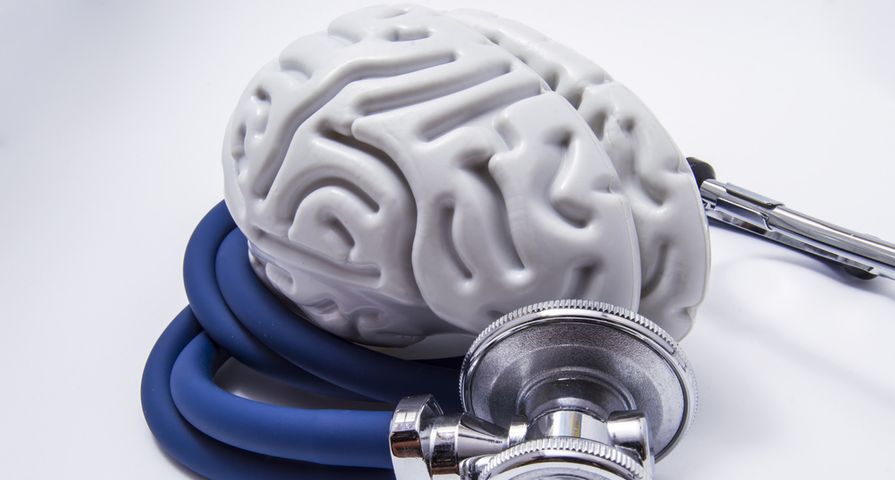 Biggest Myths About Strokes
No stroke is good, but there are some that are worse than others. That’s the case with a “ministroke,” also known as a transient ischemic attack (TIA), which doesn’t present all of the telltale symptoms of a full-blown stroke and doesn’t lead to permanent brain damage.

However, it’s important to know if you’ve had a mini-stroke, because TIA can be a warning sign that a more serious stroke is on its way. Here are 12 facts about ministrokes you should be aware of…

1. What is a Ministroke?

SELF that a ministroke “is a temporary interruption of blood flow to the brain that does not result in permanent brain injury.” Unlike a “regular” stroke, which causes extended blockage of blood, a ministroke’s blockage will break up relatively quickly, usually less than 24-hours.

In essence, a blockage leading to a full-blown stroke need medical intervention, while a blockage causing a ministroke will clear up on its own. You may feel fine after a ministroke, but don’t take that as a reason to avoid seeing a doctor.

There can be a variety of symptoms associated with a ministroke, but there are some more common signs to watch out for. Healthline notes the most common symptoms include (sudden) changes in your vision, balance problems, confusion, and tingling.

It can also cause dysphasia (trouble speaking) and weakness on one side of the body, just like a regular stroke can. The difference again is that these two symptoms will be temporary.

If you experience dysphasia associated with a ministroke, you may just think you had problems recalling some words without suspecting a medical episode.

While you may have trouble speaking, you may experience temporary difficulty in understanding what people are saying to you at the same time. This symptom can give doctors a clue to where the problem lies in the brain. “Trouble speaking indicates that the blockage or blood clot that caused the ministroke occurred in the dominant brain hemisphere,” says Healthline.

A blog post by NovaVision in Florida explains that a person suffering a TIA and a full-blown stroke can experience visual disturbances, but they won’t be the same for both episodes. With a TIA, patients often “experience vision loss in one eye, first the eye seems to dim as everything is seen through an opal glass pane, then vision is completely lost,” notes the source. This is referred to as transient monocular blindness (TMB).

In contrast, a full-blown stroke can cause partial blindness and tunnel vision (up to 20-percent of stroke sufferers will have permanent damage), and it can often affect balance and coordination.

Any sort of stroke can often be recognized by following the FAST principles, notes MedicineNet.com. FAST is an acronym for the key symptoms associated with a stroke, whether mini or full-blown.

In the acronym, the “F” stands for face drooping, which makes it very difficult for a patient to smile. The “A” is for arm weakness – so ask the patient to raise both arms to determine if there’s any difficulty. The “S” is for speech difficulty, as we’ve already covered, and the “T” means it’s time to call 911 if any of these symptoms are present.

Healthline explains that high blood pressure is the leading culprit behind ministrokes. If your doctor has reported your blood pressure being high (which you likely won’t be able to determine on your own), it’s important to come up with a plan to manage it.

Other reasons you may be experience a TIA is a blood clot, narrowed blood vessels in and around the brain, diabetes, or high cholesterol. While sometimes you may not know you’re at risk, the latter two causes can be diagnosed and managed by a doctor.

MedicalNewsToday explains that while some of the risk factors for ministroke can be controlled, others are beyond your control. These factors include age (being older than 55-years-old puts you at highest risk), family history of strokes and TIAs, gender (men are slightly more at risk), and ethnic background (African-American ancestry puts you in a higher risk bracket).

While we’ve just told you that the age bracket at highest risk is the 55-year and older crowd, SELF reports that strokes, in general, are happening more in young people due to common factors such as tobacco use and obesity.

The source adds that one of the biggest risk factors for strokes in younger people is arterial dissection, “which is when there is a tear of the inner lining of the artery that goes to the brain.” This can be caused by a neck injury or even from hyperextension of the neck when having your hair washed at the salon or practicing yoga.

How will a doctor be able to tell if you had a ministroke, if there are no remaining symptoms? As Healthline points out, a TIA doesn’t cause permanent brain tissue damage like a regular stroke, which will show up on a scan after 24-hours or so. “The distinction requires a medical evaluation,” it adds.

In the case of a TIA, your doctor may use an ultrasound to determine if there’s “significant blockage or plaque in your carotid arteries [in the neck],” notes the source. An echocardiogram, which uses sound waves to evaluate the structure of the heart, can also determine if there are blood clots in your heart.

10. Separating TIA From Other Problems

It may be difficult for a doctor to differentiate a ministroke from another health problem, as it shares several symptoms. In fact, according to BMJ Journals (Practical Neurology), up to 60-percent of patients referred to a TIA clinic will not get a final diagnosis of TIA.

Seizures and migraine headaches can be similar in some ways to a ministroke, but those two conditions often start with “positive” symptoms, such as flashing in the visual field, while TIAs often start with “negative” symptoms, such as loss of vision, hearing, or movement. Duration is also important. While the “aura” associated with migraines can last hours, TIAs almost always last less than 1-hour (and symptoms totally resolve within 24-hours).

There are a number of things you can do to lower your risk of ministroke, but some of them are easier said than done. You may need to assistance of a medical professional to be successful.

For example, HealthTalk.org explains quitting smoking, reducing your alcohol intake (men should have no more than two drinks per day and women no more than one drink per day), maintaining a “healthy” weight, and getting regular exercise can all help you dodge a ministroke. You should also make dietary changes to cut down on salt, sugar and fats, while bulking up on fruit and vegetables, which can help control blood pressure and cholesterol levels.

Healthline explains there are several treatment options available for ministrokes, focusing on improving blood flow to the brain and avoiding a bigger stroke in the future.

These treatments include anti-platelet medications designed to prevent blood clots, and can include aspirin or prescription drugs such as clopidogrel (Plavix). Other drugs such as warfarin target proteins in the blood to prevent clots. There’s also a surgical procedure called a minimally invasive carotid intervention that is used to open up clogged arteries using a catheter (a thin tube). Surgeons may also have to perform a carotid endarterectomy to clear fatty deposits in the arteries.