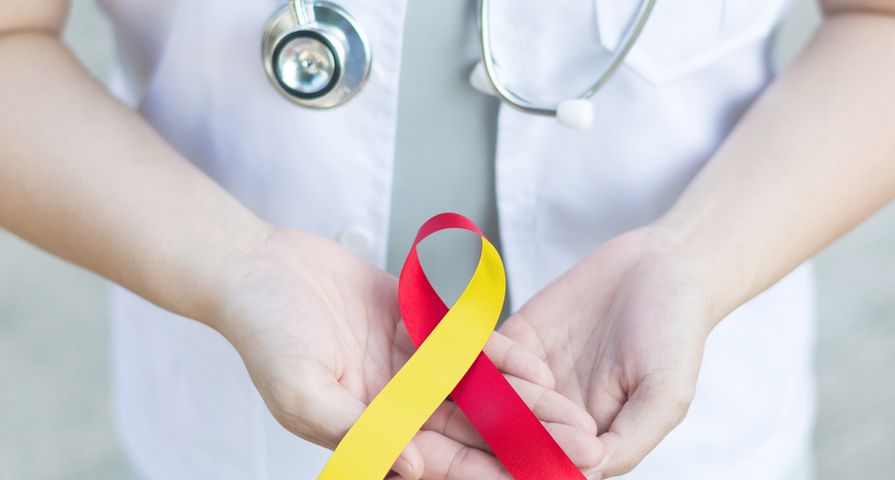 Hepatitis C is a viral infection that causes liver damage. It’s spread through contaminated blood. It’s estimated that about 3.9 million Americans suffer from the hepatitis C virus (HCV), according to WebMD. And even though this disease is now curable if treated with medication, it also unfortunately exhibits very few symptoms, which means people don’t realize they have it until more serious damage is done to their bodies.

You’ve probably heard of hepatitis A and B, because we have vaccines to protect ourselves from these infections. Unfortunately, there is no vaccine to protect us from hepatitis C, and the virus is highly contagious, says Healthline. Researchers continue to work towards creating a vaccine.

To stop this virus from spreading and to protect ourselves, we need to get better informed on the topic. This article dives into everything there is to know about hepatitis C, including the symptoms, causes, risk factors, and available treatments.

What is Hepatitis C?

Hepatitis C is something most of us have heard about, been warned about, and might even know someone who’s contracted it, but do we really know what it is? If the answer to this question is no, then don’t worry! We’ll do our best to explain it here.

The Mayo Clinic writes that hepatitis C is a viral infection that is caused by the HCV and can lead to liver inflammation, as well as more serious liver damage. It is most commonly spread through contaminated blood, but we’ll get into the details of how later.

There are two types of hepatitis C: acute and chronic. The Mayo Clinic describes chronic hepatitis C as a long-term infection. Every chronic infection has an acute phase, but not every acute hepatitis C infection becomes chronic. “Some people clear HCV from their bodies after the acute phase, an outcome known as spontaneous viral clearance,” writes the Mayo Clinic. “In studies of people diagnosed with acute HCV, rates of spontaneous viral clearance have varied from 14 to 50-percent.”

Healthline also helps explain by defining the two on how they develop. Acute hepatitis C sets in quickly and can last a few weeks, whereas chronic hepatitis C develops slowly over a long period of time and will often not show any signs or symptoms. It’s estimated by the World Health Organization (WHO) that roughly 71 million people have chronic hepatitis C.

Chronic hepatitis C is often described as a “silent infection” because it doesn’t usually present any symptoms until the infection has severely damaged the liver. Acute hepatitis C is similar in the sense that it often goes undiagnosed because it also presents no symptoms, and when they do appear, the Mayo Clinic writes that they’ll show up 1 to 3-months after acquiring the infection and can last anywhere from 2-weeks to 3-months.

The Centers for Disease Control and Prevention (CDC) predicts that about 70 to 80-percent of people with hepatitis C do not experience any symptoms. This percentage does leave a small group of people who do have some mild to severe symptoms which include: “clay-colored poop, dark urine, fever, fatigue, jaundice, joint pain, loss of appetite, nausea, stomach pain,” and vomiting, writes WebMD.

Healthline points out that while the symptoms of hepatitis C are the same for men and women, for some reason, men are less likely to be able to fight the infection than women. In the case of men, the infection tends to stay in their body longer and is more likely to show symptoms.

As we’ve already mentioned, hepatitis C is caused by the HCV which spreads through blood contamination. The Mayo Clinic explains that in addition to being divided into acute and chronic forms, HCV can exist in different forms which are referred to as genotypes.

There are six different genotypes referred to as type 1 through 6. The source notes that the most common type in North America and Europe is type 1, but types 2 and 3 are also present in some parts of the United States and Europe; however it’s less common. “Both type 1 and type 2 have also spread through much of the world, although other genotypes cause a majority of infections in the Middle East, Asia, and Africa.”

Drug injections are by far the most common way of transmitting hepatitis C. According to the NHS, 90-percent of hepatitis C cases in the UK have occurred through injected drugs. In fact, the source estimates that half of the people in the UK who use needles to inject drugs will also have this disease.

“The infection can be spread by sharing needles and associated equipment. Injecting yourself with just one contaminated needle may be enough to become infected,” writes the source. “It’s also possible to get the infection by sharing other equipment to prepare or take drugs — such as spoons, filters, pipes, and straws — that have been contaminated with infected blood.”

It’s always important to practice safe sex, particularly if you do not definitively know whether or not your partner has been tested. Hepatitis C can be transmitted during unprotected sex, although the NHS notes this risk is relatively low. The risk increases slightly during sex between two men, or if there are genital sores or ulcers from sexually transmitted infections, as well as if one of the people has HIV.

The best way to prevent the transmission of hepatitis C through intercourse is by practicing safe sex. With long-term partners protection isn’t often used, so as long as each person is tested and comes back negative (or has never had any other partners) then the risk disappears.

Drug injections and unprotected sex are the most common ways that of hepatitis C is transmitted, but there are a few other potential risks. The NHS lists blood donations before September 1991 and any blood transfusions and treatment abroad as risk factors. Today, all donated blood is checked for the virus, but anyone who received a blood transfusion or product before this date could be at risk. Also, treatment abroad might not be held to the same standard, for example, the medical equipment might not be sterilized properly.

Other potentially risky situations are sharing personal items that can be contaminated with blood, such as toothbrushes, scissors, and razors. There’s also a risk in tattooing and piercing the body if equipment hasn’t been sterilized properly. Today, this risk is low as most tattoo and piercing establishments are held to a high standard, but you should always do your due diligence when it comes to researching a credible vendor.

Hepatitis C can also be transmitted between mother and child if the mother is infected. The NHS notes this risk is low and only happens in about 5-percent of cases. The last cause that is listed by the NHS is needle stick injury. “There’s a small — approximately 1 in 30 — risk of getting hepatitis C if your skin is accidentally punctured by a needle used by someone with hepatitis C,” writes the source. This risk is really only a concern for nurses, laboratory technicians, and healthcare workers.

What are the Risk Factors?

There are several factors that put people at an even higher risk of contracting hepatitis C. Healthline lists at risk people as those who have “received an organ transplant, clotting factor concentrates or other blood products before 1987, received hemodialysis treatment for a long period, had a blood transfusion before 1992, been born to a mother with hepatitis C, had a sexual partner who’s infected with hepatitis C,” or someone who has used needles that have been used before.

WebMD lists a few other risk factors such as someone who’s received blood from a donor who had the disease, anyone who has inhaled or injected drugs, long-term kidney dialysis, has HIV, got a tattoo or piercing with unclean equipment, have ever been in prison, has symptoms of liver disease, and lastly (but also most importantly), anyone who was born between the years 1945 and 1965.

How It Isn’t Spread…

Just like any other common virus and infection, there is a lot of misinformation out there about the HCV, not only on the internet but also through word of mouth. We’re here to set the record straight! We’ve covered the most common ways that hepatitis C is spread, so let’s just clear up how it’s not spread (in case that was up for debate).

As we previously mentioned, one of the biggest problems with hepatitis C is that, if it goes untreated, it can lead to some pretty nasty complications that can become life-threatening. Many of the complications associated with the disease are related to the liver.

The Mayo Clinic lists three common complications. The first is scarring of the liver, which is also known as cirrhosis. “After 20 to 30 years of hepatitis C infection, cirrhosis may occur. Scarring in your liver makes it difficult for your liver to function,” writes the source. The second common complication is liver cancer; however this typically only affects a small number of people. The last complication is liver failure which results from advanced liver cirrhosis.

Some People Can Fight Infection

Before we get into the available treatments for hepatitis C, it’s important to note that not everyone needs treatment. According to Healthline, some people have immune systems that are strong enough to fight the infection and clear it from their body. In this case, the doctor will monitor the state of your liver with regular blood tests.

For a long time, hepatitis C was treated with weekly injections and oral medications, which was good, but it wasn’t practical. Many patients weren’t able to complete the treatments because of other health problems or the unbearable side effects, explains the Mayo Clinic.

Today, new medicine has emerged that is game-changing. The source writes, “chronic HCV is usually curable with oral medications taken every day for 2- to 6-months.” This is great news, but knowing who is infected is still a problem because many people don’t realize that they can be infected and have a lack of symptoms.

To help combat this, the U.S. Centers for Disease Control and Prevention (CDC) recommends those who are a heightened risk obtain a one-time screening blood test. The Mayo Clinic writes that the largest at risk group are people born between 1945 and 1965, “a population five times more likely to be infected than those born in other years.”