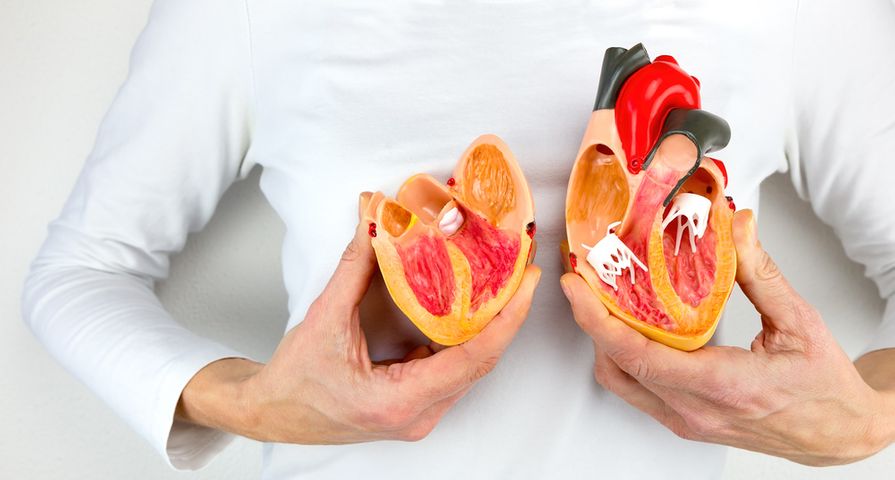 When it comes to problems with the heart, there are many medical terms thrown around and used interchangeably. However, they’re not all the same. They each have their own specific cause.

According to Healthline.com, heart failure is not something that appears out of nowhere. It is a progressive condition that affects the ability of your heart to pump blood efficiently.

The term CHF, “specifically refers to the stage in which fluid builds up around the heart and causes it to pump inefficiently,” explains the source. Because your heart’s ventricles lose the ability to pump blood properly throughout your body, over time blood and other fluids end up in your lungs, liver, and other areas of the body. The condition can be life-threatening.

There are Two Main Types

According to Healthline, there are two common types, of CHF. It says these types both affect the left ventricle of your heart, and therefore your heart’s ability to pump blood to other areas of your body.

It Happens in Stages

Unlike how heart problems are often depicted or thought of, CHF is not something that happens suddenly. It usually worsens over time. In fact, there are four distinct stages of the condition, explains the Cleveland Clinic.

The stages are A, B, C, and D. Stage A is “pre-heart failure” and generally refers to being high-risk. Stage B means you have been diagnosed with systolic dysfunction of the left ventricle, but you don’t have any symptoms yet. Stage C means you’ve been diagnosed with heart failure and currently (or previously) show signs or symptoms, while Stage D means you “have advanced symptoms that do not get better with treatment.”

Signs and Symptoms of Heart Failure

Symptoms of heart failure may be mild or not present at all, says WebMD. That being said, when there are obvious symptoms, they usually involve congested lungs from fluid backup, in addition to swelling in the ankles, legs, or abdomen, which is due to decreased blood flow to the kidneys.

Other symptoms of CHF may include dizziness, weakness, or fatigue, as well as a rapid or irregular heartbeat. A quickened pulse might indicate your heart working harder to try to send blood to all of your organs.

It Can Occur in Children

Healthline says it can be tough to recognize signs of heart failure in younger children, and you may not expect an infant or toddler to be experiencing problems related to the heart.

Key signs in children with CHF include poor feeding habits, excessive sweating, and difficulty breathing. “These symptoms can easily be misunderstood as colic or a respiratory infection,” adds the source. The source says other things to look out for are slowed growth, low blood pressure, and also being able to feel the child’s heart beating fast by placing a hand on their chest.

Other conditions of the heart can lead to CHF, such as a prior heart attack that damages heart muscle and leaves it with a decreased ability to function, says WebMD.

Other than damage from a heart attack, conditions that can cause CHF include, coronary artery disease, which is narrowing of the arteries that restricts blood flow to the heart muscle. Cardiomyopathy is another factor and is described as damage to the heart muscle generally from infections or substance abuse. WebMD also says that the heart being overworked due to high blood pressure (hypertension), diabetes, thyroid disease, congenital heart defects, and other medical conditions (or a combination of them) can cause heart failure.

Your doctor will likely refer you to a cardiologist (a heart specialist) after an initial consultation to discuss your symptoms, says Healthline. The cardiologist will perform a physical exam and might order tests to gauge the effectiveness of your heart’s valves and vessels.

Tests that are commonly used to diagnose the condition include an electrocardiogram to monitor your heart’s rhythm; an echocardiogram to determine your heart’s structure and motion (using sound waves), magnetic resonance imaging (MRI) for detailed images of your heart, a stress test to see how your heart performs under different conditions, and a blood test to for the hormone brain natriuretic peptide (BNP), which can be elevated in patients with heart failure.

These types of medications, namely, an angiotensin converting enzyme inhibitor (ACE-I) which relaxes blood vessels, or an angiotensin II receptor blocker (ARB), are frequently prescribed for patients with CHF, says the Cleveland Clinic.

They are generally effective if you have coronary heart disease, diabetes, or high blood pressure. They can be prescribed as early as stages A and B of CHF.

These are another class of medications often prescribed to those with high blood pressure and a quickened heartbeat, says Healthline. They work by decreasing your heart rate and the force of your heartbeat by limiting the effects of adrenaline. Examples of beta-blockers include acebutolol (Sectral), atenolol (Tenormin), bisoprolol (Zebeta), carteolol (Cartrol), and metoprolol (Lopressor).

The source warns that beta-blockers can have adverse effects if taken in combination with certain other drugs, such as medications for hypertension. “You should always consult your doctor before taking any new medications,” adds the source.

This type of drug is basically meant to make you urinate more often, which can be helpful with the fluid retention due to CHF, says Healthline. There are different types of diuretics that your doctor may consider, including thiazide, loop, and potassium-sparing diuretics.

The thiazide variety opens up blood vessels to help your body remove excess fluids. Examples of thiazide diuretics include, metolazone (Zaroxolyn), indapamide (Lozol), and hydrochlorothiazide (Microzide). Loop diuretics refer to those that stimulate your kidneys to produce more urine and could be prescribed in the form of furosemide (Lasix), ethacrynic acid (Edecrin), and torsemide (Demadex). Then, there are potassium-sparing drugs to eliminate fluids and sodium (while still retaining essential potassium), and they are prescribed under several names including triamterene (Dyrenium), eplerenone (Inspra), and spironolactone (Aldactone).

Surgery is an Option

Surgery is usually used as a last resort after various medications are applied to manage the condition, explains Healthline. One of the common surgical procedures is called angioplasty, which involves opening up blocked arteries using a tiny balloon.

A stent may also be placed in the artery to prevent the artery from closing. The source says your cardiologist may also consider surgery to repair your heart valves, allowing them to open and close more easily.

Genetics are at play in some cases of CHF, while other cases can be prevented through lifestyle changes. Healthline says you can lower your risk of heart failure by quitting smoking, in addition to eating a well-balanced diet with fruits, vegetables, and whole grains, while limiting sodium, excessive sugar, and unhealthy fats. Also, try to avoid excessive consumption of alcohol – moderation is important.

Exercise is key as well. The source says as little as 1-hour of moderate exercise per week can have a positive impact on your heart’s health. Start with 15-minutes a day and gradually increase your time, whether it’s walking, bicycling, or swimming. 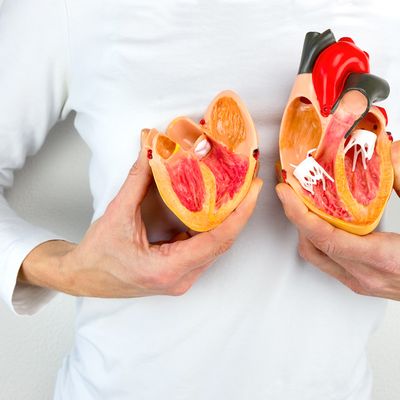