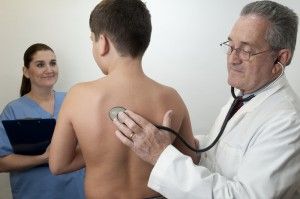 A recent study has suggested that boys may be developing earlier than previously. The study involved testicular measurement of more than 4,000 boys. The researchers asked the boys ranging from 6-16 years old to receive regular check ups from their family doctor. This involved checking for testicular size and quantity of pubic hair.

The study also looked at Hispanic boys from different backgrounds. The research was done between 2005 and 2010. The research found that signs of puberty were found two years earlier than in 1992. The average age for puberty to start in the Hispanic boys was at 10 years old.

Scientists did not find any correlating health effects of early puberty. The researchers excluded children with previous health conditions. Early puberty has been previously found to create thyroid abnormalities and brain tumors. Other studies additionally found that early testicular development can cause testicular cancer. None of this was found to be true for the 4,000 tested boys.

This correlated with previous research finding that boys were developing faster than once thought. There has been no definitive cause for this. Some believe that obesity, inactivity, pesticide use, and other chemicals can cause early puberty.

The study did have limitations. The doctors who were recruited to measure their young patients were not randomly recruited. They had volunteered to participate. In addition, the testicles were only measured once in each patient.

Further tests need to be done on testicular growth in young men, with random sampling from across the Nation.