Pay Attention to These ADHD Signs and Symptoms 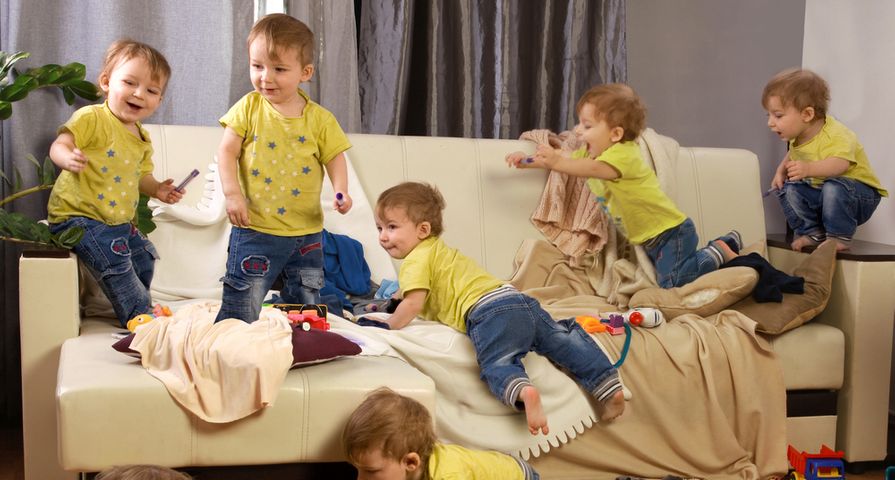 The number of diagnosed cases of Attention-Deficit/Hyperactivity Disorder (ADHD) may be on the rise – the Centers for Disease Control and Prevention (CDC) states that 5-percent of children in the U.S. have the disorder (based on a 2013 manual), and that the number of young children aged 2 to 5-years rose 50-percent between 2007-2008 and 2011-2012 surveys.

However, it’s important to be able to distinguish this disorder from other problems with similar behavioral traits to get a proper diagnosis. There are some major defining traits of the disorder and some less obvious ones, so let’s stop and focus on 12 of them…

We can get possibly the most obvious symptom out of the way first. WebMD notes that those with ADHD are easily distracted – so it may be difficult to carry on a conversation with them.

It also makes it difficult for the patient to focus on one task – they may be pulled in different directions, or not complete the task at hand. This can lead to problems finishing homework, or miss key information in class because they’re distracted by a seemingly unimportant details or sounds in the room. 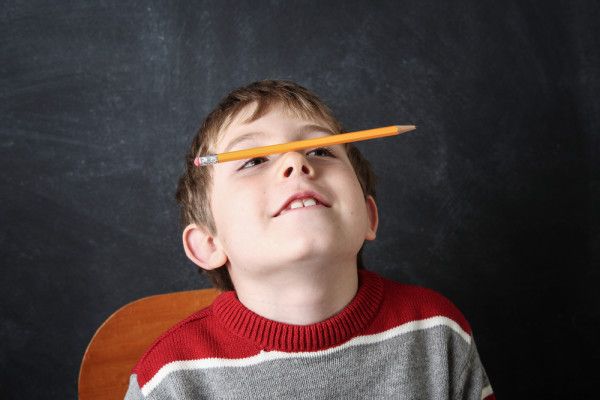 Healthline.com notes that those with the disorder find it hard to see outside their own world to recognize other people’s needs. This can lead to 2-behaviours, one of them being a habit of interrupting people when they’re speaking (even if the conversation doesn’t include them).

For kids, this can also mean they join into games they’re not included in. For activities they are part of, it could mean they don’t have any patience when it comes to waiting for their turn during a game or taking part in class. 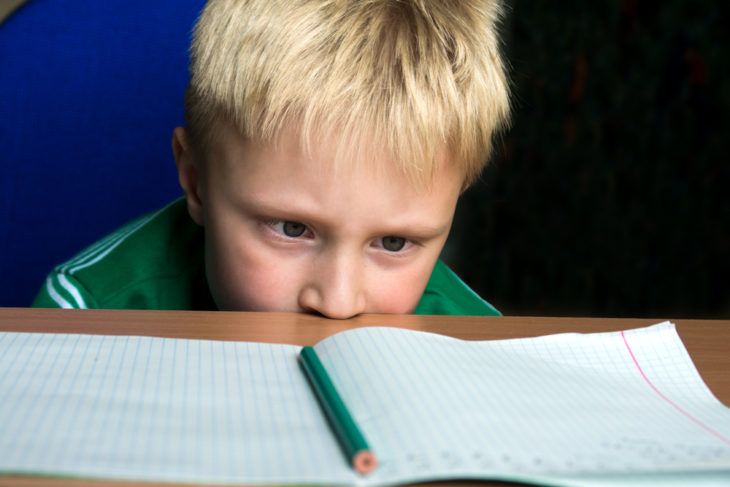 The new toy craze is “fidget spinners,” but even if these fascinate your child, it doesn’t mean they have ADHD. ADDitudeMag.com explains that some kids with the disorder “think better when they’re moving, or tapping, or humming,” but these behaviors can be distracting for other kids in a learning space.

These habits could include squirming in their chair, kicking desk legs, making noises or talking excessively, adds the source. They could also get up more often to walk around (the source says boys with ADHD do the latter 8-times more than boys without). Sure enough, one of the solutions provided to educators is to provide a physical outlet such as a ball to squeeze. 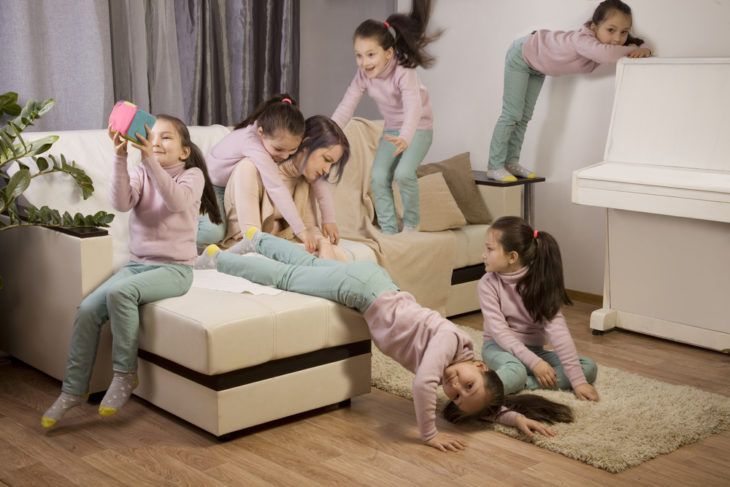 This doesn’t mean your child with ADHD will step in front of a car (although you should always keep an eye on kids near busy roadways), but rather it means a child with ADHD may not learn from their mistake after getting hurt, notes Parenting.com.

“ADHD children may not make the connection between actions and consequences the way parents expect,” explains the source. For example, it notes if a child without ADHD breaks their arm after swinging from a railing, they likely won’t try it again. But a child with the disorder can do it again right after returning from the hospital and break their other arm. 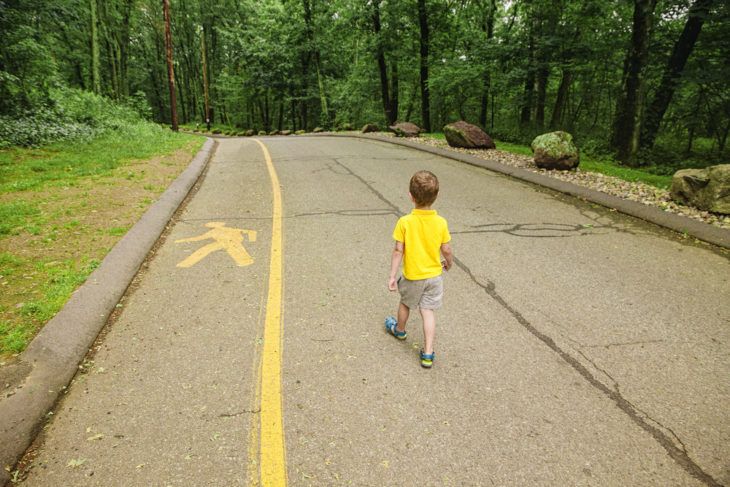 This can lead your child with ADHD to do unexpected things that could put themselves or others at risk. A post on HealthCentral focuses on the behavior of the author’s child with ADHD, noting he once ran straight into a man-made lake fully clothed until he was almost fully submerged.

This impulse control problem is generally when the body acts first before the mind has a chance to consider the consequences, much like the previous point about not learning from mistakes. A lack of impulse control can negatively impact social connections and even make “unwise decisions” later in life, it adds. 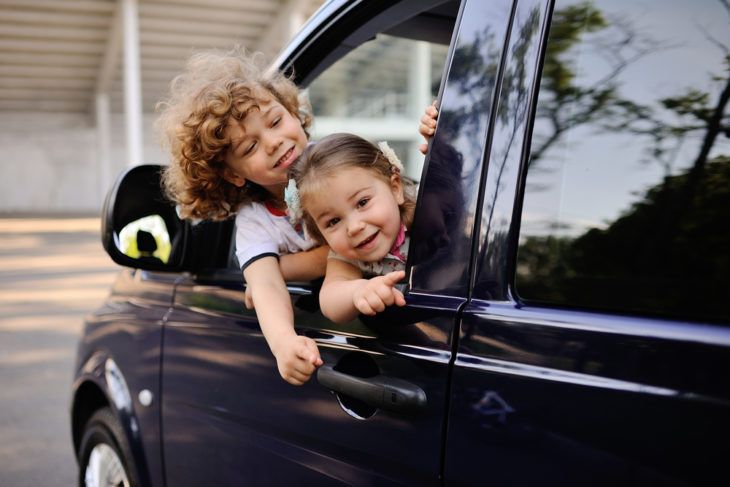 It’s important to note that kids with ADHD are not necessarily less intelligent than others, but they may have trouble paying attention to instructions and therefore this could reflect poorly on their results in school.

The Child Development Institute calls this “underachievement for intelligence,” but also notes there could be specific learning disabilities attached to ADHD. Missing assignments is another trait that will definitely not help boost your child’s grades. 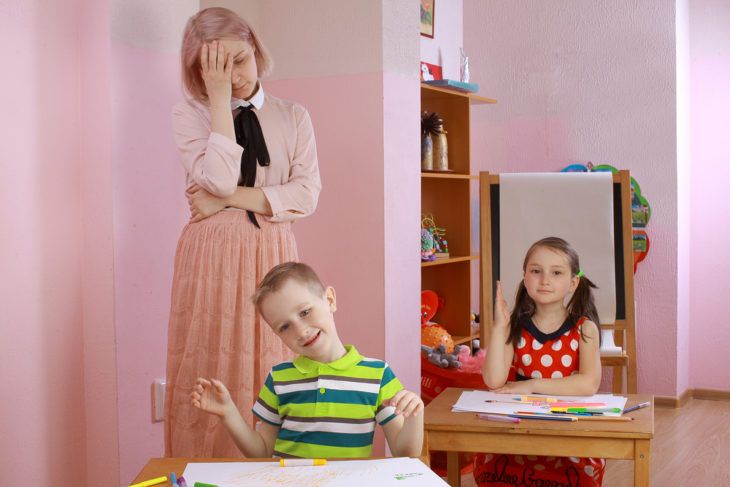 You won’t know this sign of ADHD unless you’re getting medical intervention, but a fairly recent article from RT.com that cites a study that shows “suspected ADHD sufferers have an overall smaller brain size” including the area of the brain that regulates emotions (the amygdala). It’s not a huge difference in size and was difficult to spot on the subject scans, especially in adults, it adds.

Meanwhile, the stimulant drugs used to treat ADHD may be affecting the bone density of patients and can slow growth rates in children, according to ScienceDaily. This is not a black-and-white discovery that ADHD drugs lead to stunted growth – but the source explains “research suggests that children and adolescents who use stimulant medications may need monitoring of their bone health during and after stimulant treatment,” it adds. 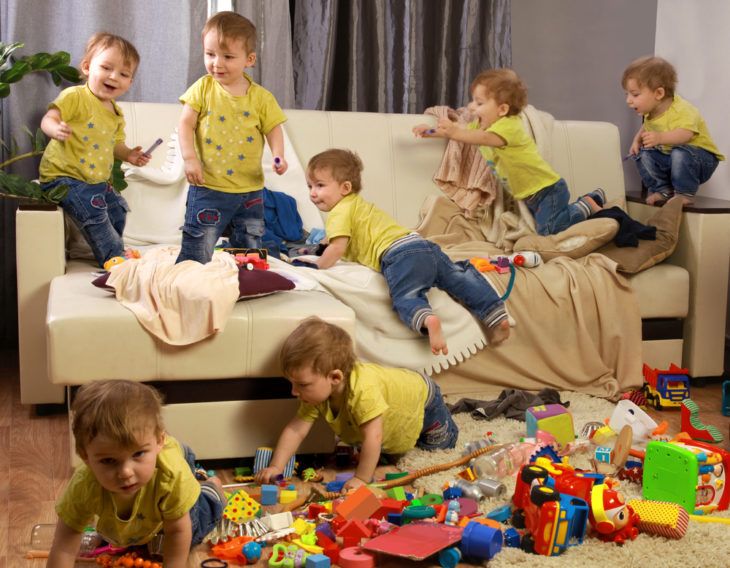 We all put off chores we don’t want to do from time to time, but with patients with ADHD, procrastination can be a marker of their personality, notes WebMD.

For example, you may notice your child struggles with completing homework or chores around the house, and gets easily distracted from them. Or they may move from 1-task to another, leaving the first one incomplete. You may not notice this symptom until your child goes to school, it adds. 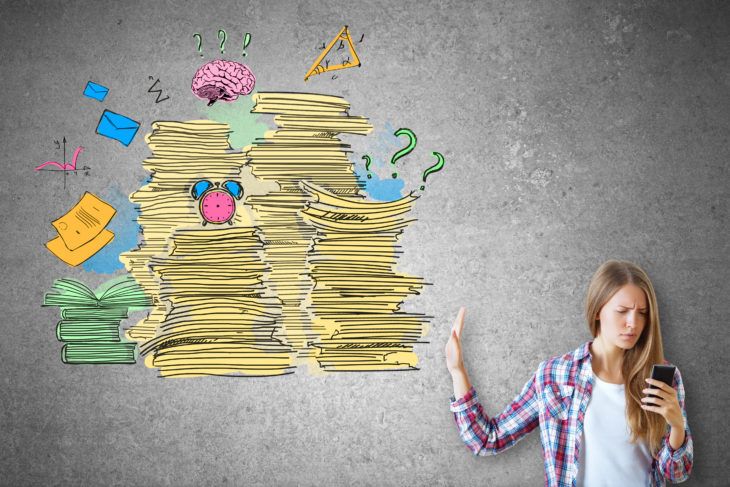 WebMD also notes that someone suffering from ADHD might have a hard time keeping track of their tasks, which means in the case of a child, you’ll have to remind them of upcoming events often.

The source says a possible sign of ADHD is being forgetful about “daily activities,” such as missing appointments, or other things like forgetting to bring their lunch (to school or work.) You can set your own reminders to help them stay on track – or leave their lunch by the door so they don’t miss it on the way out. 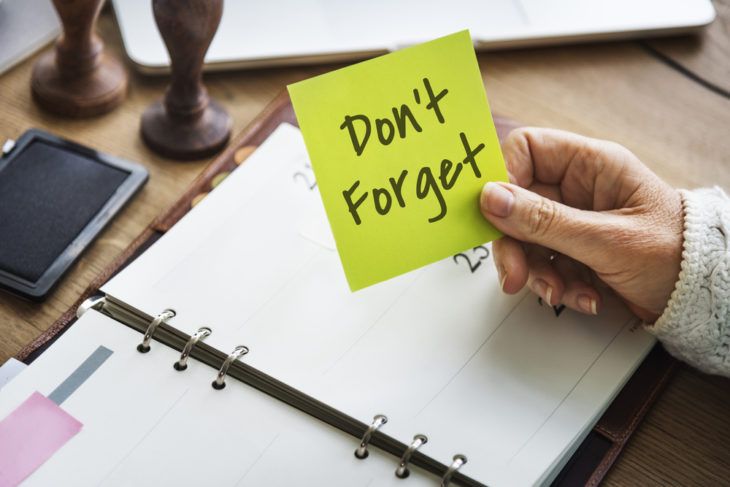 PsychCentral.com says it’s “not uncommon” for ADHD and anxiety to occur in a patient at the same time. In fact, it notes that about 30 to 40-percent of ADHD patients have an anxiety disorder, which can include obsessive-compulsive disorder (OCD), social anxiety and panic disorder.

The source uses the example of being forgetful of tasks and appointments, noting that the constant fear of forgetting something important “can keep people continuously worried and anxious.” It also notes that those with ADHD can be particularly sensitive, which makes them vulnerable to be affected by certain situations. Anxiety can add an extra level of challenge to prescribing medications, as the stimulants used to treat ADHD can sometimes intensify anxiety symptoms, it adds. 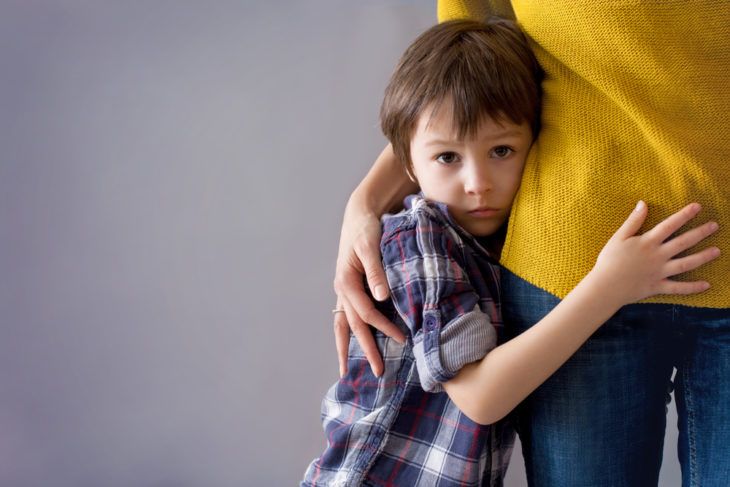 VeryWellMind.com explains that anger outburst and ADHD can go hand-in-hand, which can end up getting kids with the condition in trouble at school and make it more difficult for them to maintain social connections.

The source says that because of the impulsive nature of ADHD, a child may lash out when any feelings of anger arise (while others may take time to consider their feelings.) Kids and adults with ADHD also feel things more intensely, which can intensify feelings of frustration and rage, it adds. A period of sudden anger may also be the result of stimulant medications wearing off, it adds. 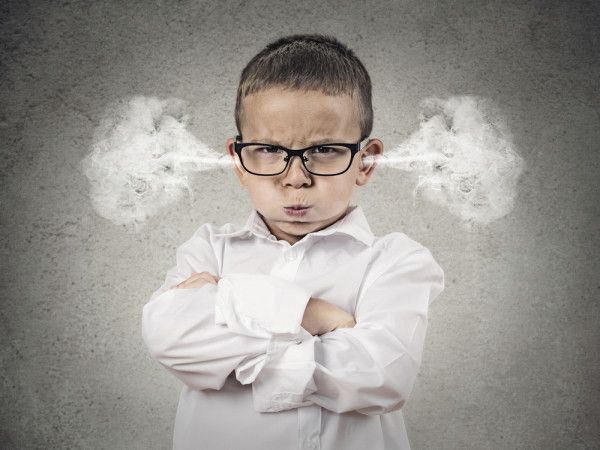 This is not necessarily a symptom of ADHD itself (unless the patient forgets to eat a meal), but more of a sign of medication side effects, notes EveryDayHealth.com.

The source says stimulation medication in particular can actually end up suppressing appetite, which is very common among ADHD patients. “This problem is almost universal. Almost no one escapes this side effect,” it notes. This can be more concerning to a parent of a younger child, for fears that refusing to eat can affect their development. The biggest offenders for appetite suppression appear to be the drugs Adderall and Vyvanse, adds the source. 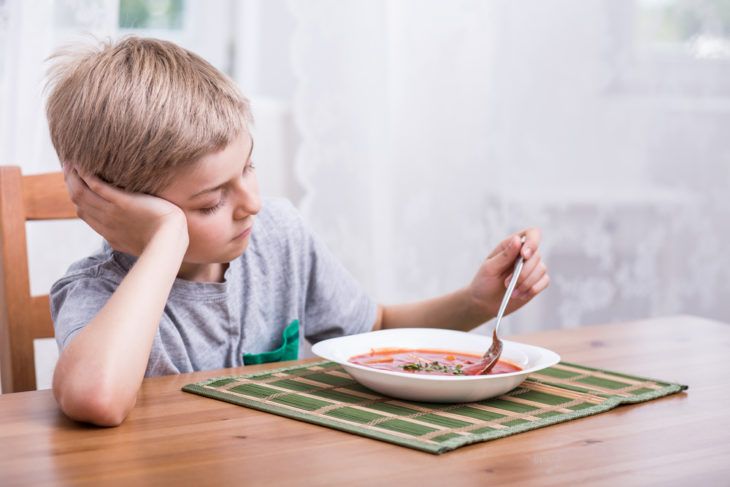