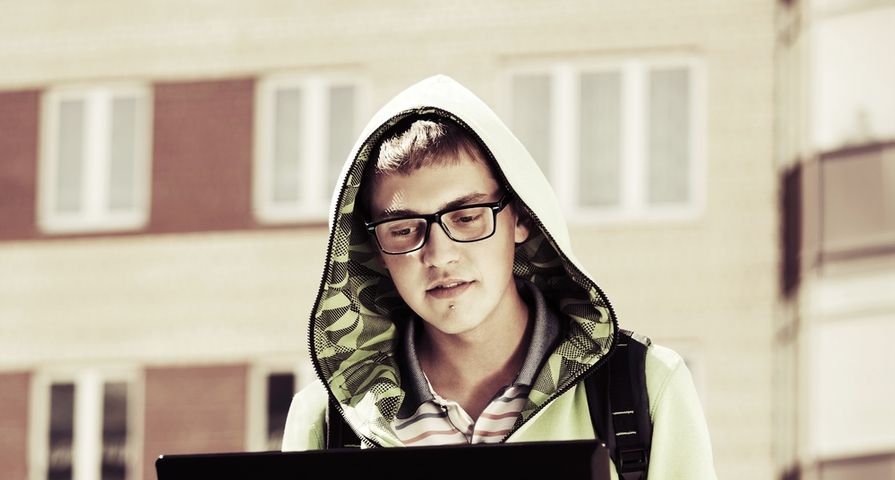 A Breakdown Of The Myers-Briggs Personality Types

We can’t seem to live without it these days, and our worst fear seems to be ending up in a place that doesn’t support wireless connections. However, at the same time, it seems any concerns associated with Wi-Fi use have disappeared into thin air.

Several sources cite studies that show home or business wireless routers as well as cell networks themselves can pose a health risk, and some world leaders are trying to raise awareness about these risks. Cell signals fall into the radio-frequency electromagnetic fields category, something the World Health Organization boldly declared a “possible carcinogenic”. Here are seven ways you may be receiving more than just text messages from your wireless device…

An article in Reader’s Digest’s Best Health magazine quotes two experts in the electromagnetic field (no pun intended), and one notes that Wi-Fi networks are on a 2.4 GHz frequency. This frequency is the same as a microwave, and perhaps more concerning, “that is the optimum frequency for vibrating molecules (boiling water).”

While the electromagnetic fields from Wi-Fi are not as intense as a microwave, that means it may just take longer to affect someone with electrosensitivity, explains the article. It may even lead to “genetic damage”, adds the source.

2. The Radiation May be More Dangerous to Kids

A Forbes magazine article from 2015 notes that a “controversial” (read: not everyone agrees with it) study suggests Wi-Fi signals could be more dangerous to children than previously believed.

The article reiterates that Wi-Fi signals fall into the same electromagnetic field category as microwave and televisions, but adds that children may be adsorbing more of this type of radiation than adults. What’s more concerning is the study stresses that pregnant women should avoid being exposed to microwave radiation, because fetuses are even more at risk.

3. Wi-Fi can Cause Mucus Membranes to Dry Up

If you have chronic dryness in your nose, throat or even your eyes without any obvious trigger, you may be experiencing electromagnetic sensitivity brought on by a variety of radiation sources (including cellphone signals), suggests website Science2.0.

The site also notes that aside from experiencing dry mucous membranes, symptoms of electrosensitivity can also include swelling of these membranes “without an infectious cause”. So if your doctor is scratching his head about your chronic dryness, perhaps Wi-Fi could be the culprit?

4. It Can Cause a Burning Feeling

We’re not saying that cell signals will simulate the feeling of being on fire, but several sources (including the National Cancer Institute) note that cell signals can cause “tissue heating” in humans (although it notes animal studies have shown no connection between heating and cancer risk).

While evidence between cell phone use and development of cancerous tumors is not clear, the article points to an analysis that showed “a statistically significant, although modest, increase in the risk of glioma (cancerous brain tumor) among the small proportion of study participants who spent the most total time on cell phone calls.”

We’ve heard about the dangers of screen time before bedtime, and some mobile operating systems have cleverly reduced the risk of sleeplessness by reducing the amount of blue hues emitting from the screen (that apparently lead to insomnia by slowing the release of melatonin, your body’s natural sleep hormone).

However, aside from your device itself, some sources note that electromagnetic activity can also lead to trouble getting shut-eye. That could reportedly affect you even if you’re not actually using a device but sleeping near one, or living in a building with multiple signals.

6. It Can Affect Male Fertility

An article in Men’s Fitness confirms that using a Wi-Fi laptop can be hazardous if you’re planning to conceive. The article points to an Argentinean study that showed sperm samples from 29 healthy men were adversely affected by Wi-Fi signals.

The findings claim that 25-percent of the sperm samples placed under the laptop had no motility (stopped swimming) compared to 14-percent of samples that were clear of Wi-Fi signals. What’s more concerning is that 9-percent of the Wi-Fi exposed samples had DNA damage (compared to 3-percent of those not exposed). Perhaps keep your laptop out of your lap as a precaution if being a dad is one of your goals.

7. It Can Complicate Heart Problems

According to at least one online source—Global Healing Center—Wi-Fi signals could be especially concerning if you have heart trouble. It notes if you feel anxious or have a racing heart around wireless networks, you may not be just imagining it.

It cites a study that involved 69 subjects that showed a measurable physical response to electromagnetic frequencies. It found in many that heart rates increased the same way they would if the individual was under stress, which is probably not good if your heart is already compromised. HealthCentral.com backs this up by noting Wi-Fi exposure has been shown to cause heart conditions including angina, arrhythmia, hypertension, and tachycardia.