Home » Children's Health News » Your Health » Vaccines Every Baby Should Get

Vaccines Every Baby Should Get 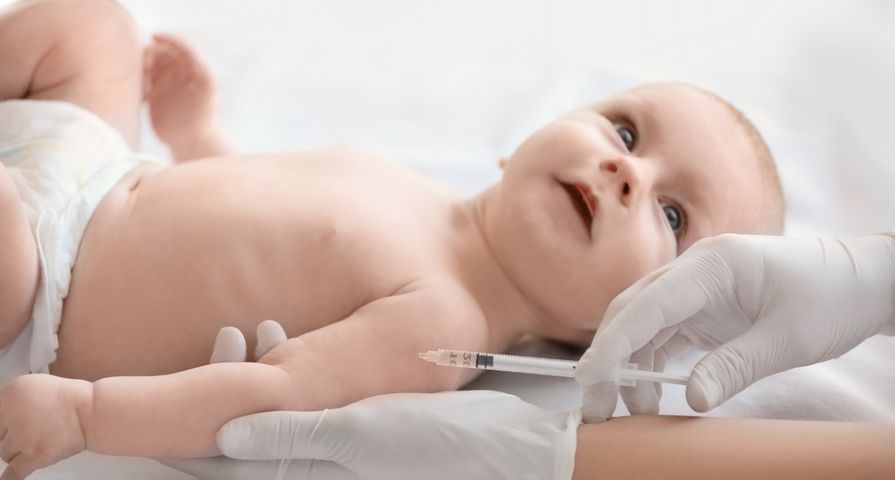 A Complete Guide to Understanding Your Bloodwork Results

Getting your little one vaccinated is scary stuff—for both parents and baby!

The vaccinations may seem non-stop in the first year to 2-years of life for your baby. However, the following immunizations provide the best protection for various illnesses, bacteria, and diseases during the earliest years of life.

Here are 8 vaccinations every baby should get…

Hepatitis B, which can cause liver disease in those with lowered immunity, can be passed from host to unsuspecting baby via blood or bodily fluids (i.e., saliva) containing traces of infected blood. Obviously, young children are more prone to liver damage (i.e., cirrhosis) from Hep B contamination than healthy adults, which is why the vaccine is recommended within the first 2 months of life.

This immunization administered starting at 2-months old (and again at 4-months, 6-months, and 15-months) protects children from diphtheria, tetanus, and pertussis bacterial diseases that can cause a combination of paralysis, breathe difficulties, muscle spasms, whooping cough, seizures, and pneumonia. In severe cases, all 3 diseases can result in heart failure and death in infants under a year old.

Pneumococcal disease, another bacteria-borne infection, caused mass blood infections, vision and hearing damage in young children prior to the development of this vaccination over a decade ago.  Doctors will recommend a pneumococcal vaccine at 2-months, 4-months, 6-months, and again before your baby turns 15-months old.

Sixty-three years ago, the Polio virus paralyzed thousands of individuals, the majority young children. However, the Polio vaccine—given to babies staring at 2-months (and again at 4- and 6-months) of age—has effectively eradicated the plague in North America.

As an adult, you know how quickly influenza can take you out of the game. Well, for a child still developing the immunities necessary to fight off contagious viral infections, an innocent case of the flu can quickly develop into bronchitis, pneumonia, and death.  That’s why children over 6-months are encouraged to get a seasonal vaccination on a yearly basis.

Effective Pulse Oximeters You Should Try

If you’re fearful of meningitis, a Haemophilus Influenzae Type B (or Hib) vaccine is just what the doctor ordered for babies as early as 2-months of age—and again at 4-months, 6-months, and 12-months—to ward off the leading source of meningitis. Prior to 1987, Hib disease claimed the lives of 400 children per year in the U.S.  Today, thanks to this vaccination, doctors report fewer than 50 Hib disease cases each year.

You may have caught the itchy-scratchy skin infection as a child. If you survived, you were luckier than the 50 children who succumb to lung, skin, and brain complications from chickenpox in the early to late 90s.  Today, children are immunized against the chicken pox (or Varicella virus) between 12- and 15-months of age.

Measles, mumps, and rubella have one thing in common—they are extremely contagious! All 3 illnesses are airborne, meaning you can catch them from sharing the same environment with another person, even if you have zero contact.  Luckily, vaccines to all 3 diseases are now given to children starting at 12- to 15-years of age.