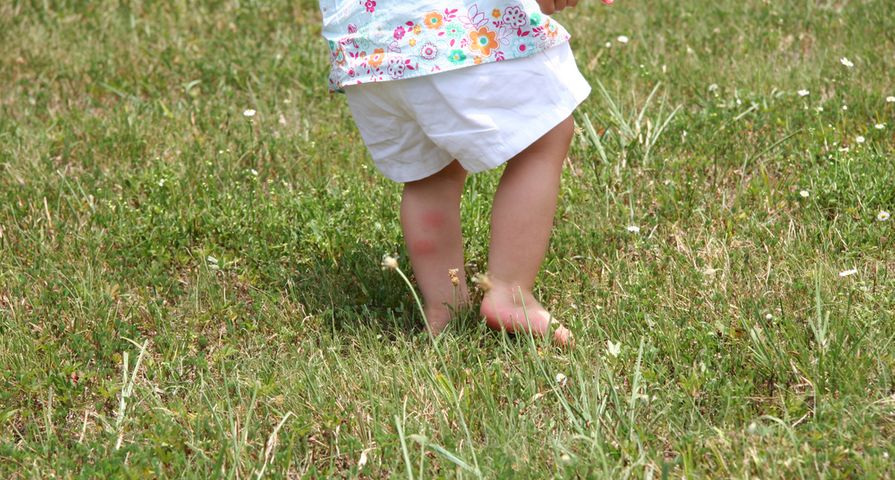 Toddlers are (usually) fascinating and fun little humans that bring us joy as well as the usual challenges. However, in our big world we often overlook little details about them, as they seem to change a bit each day.

To be fair, there is no way you can know everything that’s going on with a toddler’s development unless you’re a pediatrician and know what you’re looking for. So for the rest of us, here are seven facts about their mind and body growth that may amaze you…

1. They are Often Nicer to Strangers than to You

While your toddler can be pushing your buttons and generally saying “no” to each of your reasonable requests, apparently they are smart enough not to try this kind of behavior with strangers, such as babysitters.

This behavior doesn’t always leave us in adulthood, according to Psychology Today. While it’s for different reasons (toddlers may act nicer for strangers presumably for safety until trust is established, while adults lose tolerance for personality traits they don’t like) the source has built a list of things for adults to focus on to break this cycle.

How to Avoid Germs at School

2. Their Vocabulary Grows Faster than Yours

Sure, you do a lot of reading and pick up new words here and there (many that you probably wouldn’t use in day-to-day conversation), but meanwhile your 2-year old is adding up to 10-new words to their vocabulary each day, according to BabyCenter.com.

While your little one may only use a handful of words on a regular basis, by around 25-months (just over 2-years of age) they will probably understand up to 300-words. This allows them to respond to many questions. Just be careful what kind of language you use as his or her mind is a sponge for every word.

It’s easy to think of everyone as right-handed or left-handed, and we often push too early in our toddlers for signs of what hand is dominant for tasks like writing, notes Parenting.com. Using both hands is actually not a problem during this young age.

The source explains that “handedness” doesn’t need to become a concern until they attend school. You should actually be helping your child develop find motor skills in both hands, it adds. While only 1-percent of the population actually end up truly as proficient with both hands, it’s common for toddlers for use one hand for writing and another for throwing. the concern is if they can’t seem to master tasks with either hand.

4. A Two-Year-Old has Peaked in Activeness

If you feel exhausted from chasing after your toddler, you’re not imagining things. According to Junior magazine in the U.K., “a two year old child is generally more active than at any other point in their life”.

That’s why it’s important to distinguish toddler-like behavior from more advanced problems such as ADHD, notes experts. If they can’t seem to sit still for more than a few moments at a time, it’s probably just their stage of development that’s driving the behavior. Let them run around. If you’re concerned about them becoming a danger to themselves or others, consult a health expert, but remember that only a small fraction of hyperactive toddlers actually have attention deficit disorders.

5. Their Hearing is Super-Sensitive

Toddlers can hear sounds at higher and lower frequencies than you. So you should be careful about what kinds of sounds you introduce to them (for example, use headphones if you’re planning on dragging them along to a rock concert with you).

Because of this, toddlers often get briefly upset when they hear things like vacuums or fireworks (if they are upset about noises for prolonged periods of time, it may be worth a trip to the doctor, notes GlobalPost). Adults are able to tune out certain sounds because they actually have hearing damage from years of exposure to loud sounds.

6. A Toddler’s Brain Function is off the Charts

If only we could keep the brain activity we have in adulthood as we do when we’re toddlers. According to BabyCenter.com, a child aged 1-2 adds 2-million new synapses to their cerebral cortex (the part of the brain responsible for conscious thoughts, movement, and memories) every second.

That means by age two, you toddler could have more than 100-trillion synapses, which the source says is “the most they’ll ever have in their life.” With their brain firing like this, it’s no wonder they seem like different people from week to week as they learn and grow. By the time adulthood sets in, we lose about half of these synapses.

While at least one source states outright that a child will stop growing physically when they’re sick with a cold, The Pediatric Insider gets more specific than that, thankfully.

Kids will get upper respiratory infections, it’s just nature (pre-schoolers will get about 12-per year, according to the source). However, the same source notes toddlers can fall into a group of chronic cold-sufferers that also have signs of stunted growth. However, this small group also exhibits other problems such as chronic diarrhea and other infections. Pay attention not only to the number of colds that junior gets, but the length of them, notes Pediatric Insider.