7 Simple Solutions to Lull your Baby to Sleep 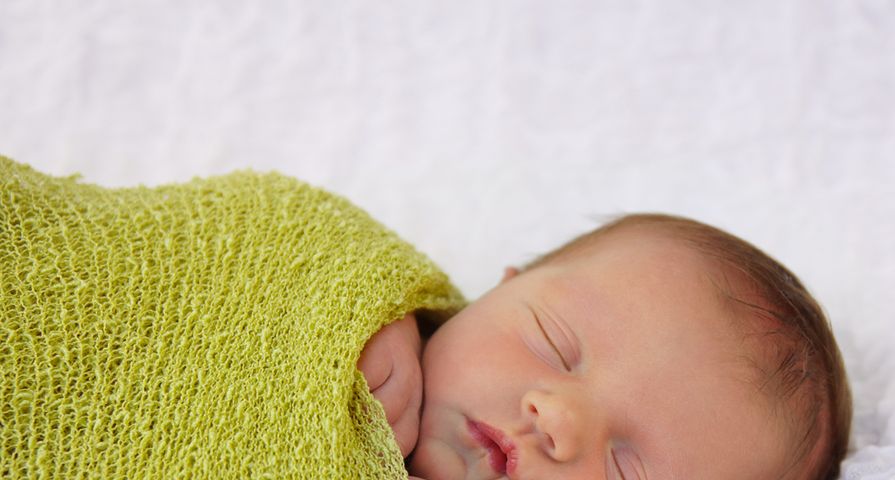 Getting your infant or toddler to fall asleep in the evening is one of the biggest challenges faced by parents (unless you’re one of the lucky ones whose baby loves to sleep). Luckily, many parents have suffered sleepless nights before you, and have learned a thing or two about helping babies sleep to pass along to you.

It may seem counterintuitive to new parents, but if your baby doesn’t get some shuteye during the day, he or she will be less likely to sleep overnight…which means heavy eyelids for you at work the next day. However, here are seven ways you can help your baby become sleepier without calling in the professionals…

1. Let them Nap During the Day

It has been shown that toddlers who nap during the day are actually less irritable, but there’s another big reason you should encourage them to hit the pillow during daylight hours—it will set the stage for better sleep quality when it’s time to hit the crib.

Infants need a lot of sleep, so don’t try to keep them alert and awake if they are drifting off. Let them sleep on their backs in the crib, or float off to slumberland in a carrier or stroller. The Mayo Clinic notes babies aged 4-months to a year usually nap twice a day – these naps can also give you some needed recovery time from feedings and other demands.

2. Massage them off to Dreamland

You don’t have to be a clinical massage therapist to administer a relaxing massage for your baby. Parents magazine has some tips that any parent can learn to help their baby relax and drift off to sleep.

You’ll just need a soft blanket and some massage oil (do a patch test to make sure your baby isn’t allergic to the oils). It’s all about gentle stroking motions rather than pressing down hard, which should be reserved for adults. It’s best to start the massage when your baby is calm and awake, noted the article. Your baby may not sleep right away, but it can have a positive effect later.

Many babies “comfort feed” on the breast on top of getting their fill of mom’s milk. With that in mind, it is recommended by BabyCentre that you let them feed just before their usual bedtime. In some cases, breast milk can help your baby sleep more peacefully than formula because breast milk is easier to digest, noted the source.

This top-up of breast milk before bed doesn’t work for everyone, said the article. However, you may also want to consider putting baby in a cot next to your bed to provide more milk if they come out of their slumber during the night, it adds.

You know it’s sometimes hard in the summer to get to sleep, when the sweltering heat has you tossing and turning in your bed? It’s the same for babies on a smaller scale—you may not think it’s too hot in the room, but baby may have different thoughts since it’s more sensitive to the elements.

Parents magazine also has some helpful advice about setting the thermostat for the area where junior sleeps. While you can keep the home warmer during daylight hours, drop the temp to around 65F to 70F at night to promote baby’s sleep. If you don’t have climate control, you can try cracking the window open or using a fan. You can also consider a dehumidifier in the room to prevent excess moisture sweating during the hottest months (depending on which state you live in).

These supplements are not necessarily intended to be administered directly to your baby, but magnesium and iron can be filtered through your body and end up in your breast milk, according to the Baby Sleep Site. Magnesium has a nickname in the health world—”nature’s muscle relaxant”—because it has the ability to calm your nervous system.

You don’t have to resort to supplements. The site notes that natural sources of both vitamins and minerals can come from leafy greens, almonds, and certain grains. Iron can be gleaned from red meats, poultry as well as tofu and some types of beans.

6. Swaddle them for Sleep

Swaddling, which is the term used for wrapping an infant in a blanket, has been a way to help babies sleep since ancient times. However, there’s been some modern proof that it works, as studies have showed swaddled babies (sleeping on their backs) had less wake-ups than babies who were not wrapped according to Parenting Science.

However, the 2008 article from the source also notes that swaddling can be dangerous if not done properly. The wrapping is intended to be snug to keep your baby from jarring themselves awake during rest, but make sure there’s not too much pressure on the chest that can interfere with breathing, it added. Leaving some breathing space can also prevent your baby from overheating.

The jury is currently out on whether some white noise machines intended to drown out ambient sounds while your baby sleeps are actually safe. The debate is whether the white noise can harm the developing hearing of a baby, and that some machines produce noise equivalent to a hair dryer in terms of sound levels.

However, Today’s Parent magazine notes that while many devices tested above the 50-decibels present in neonatal intensive care units, a phone app that simulates white noise or a regular household fan can be safer choices that are recommended by experts.