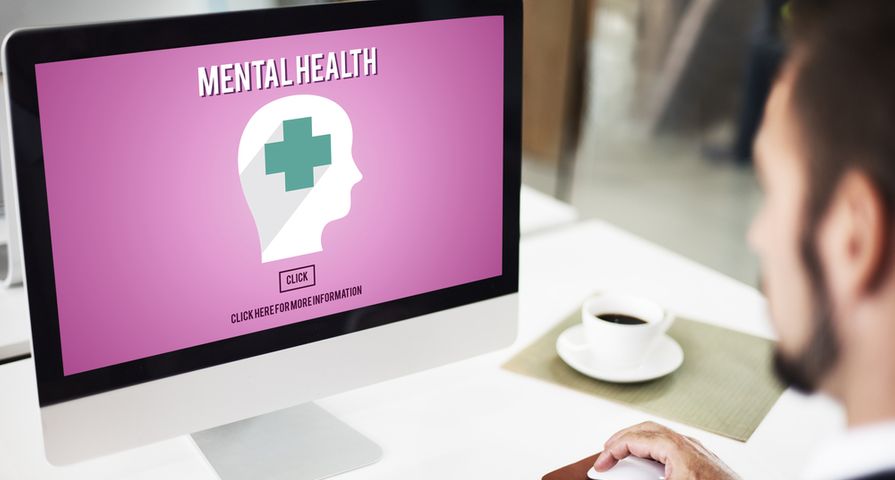 This week, May 2 to 6, 2016, marks Mental Health Week in Canada. We use this week as a means to open the discussion surrounding mental health in our country and around the world. To eradicate the stigma surrounding mental illness so that the one in 5 Canadians who struggle with mental illness can seek support without fear of stigma and shame.  In a statement, Prime Minister of Canada, Justin Trudeau says, “In Canada and around the world, many suffer in silence with an illness that is invisible to others…We all have a responsibility to raise our awareness…about what mental health is and what we can do to increase our collective well-being…and promote positive mental health.”

This week, Canadians will dress in green in support of mental health and use the social media hashtag #GETLOUD to have honest discussions about mental health. Let’s take a look at the reality of mental health in Canada, and around the world…

1. Mental Illness and Substance Use

According to Statistics Canada, an approximately 6 million Canadians suffer with substance use disorder, which includes the dependence/and or abuse of illegal drugs, prescription drugs, or alcohol. At a global level, the World Health Organization (WHO) reports that substance use and mental illness are the prime cause of disability.

WHO estimates that roughly 23-percent of disability cases around the world can be tracked back to substance use and dependence issues.

The Canadian Mental Health Association (CMHA) claims that mental illness can increase the risk of suicide. While WHO reports 800,000 suicide cases per year, largely among individuals 15 to 29-years old. While suicide isn’t always related to a mental illness (i.e., depression or a substance abuse issue) for those dealing with mental illness, it may feel like the only way to deal with overwhelming feelings of loneliness and helplessness.

Suicide is a tough topic to talk about openly and honestly. However, acting quickly and asking for help when a friend or loved one brings up suicidal feelings may save a life. CMHA says that individuals who attempt or die by suicide often don’t wish to end their lives.

WHO estimates that roughly 20 percent of children and adolescents around the globe suffer with a mental issue or disorder, with neuropsychiatric illnesses, such as anxiety and attention deficit hyperactivity disorder (ADHD), at the forefront.

Harvard Medical School researchers also pinpoint self-injurious behavior (or SIB) as a leading mental disorder among teens, 14-years and younger, around the world and across cultures.

Studies published by the U.S. National Institute of Mental Health (NIMH) suggest that patients with an existing diagnosis of depression are often at increased risk of developing another physical illness or disease. The opposite is also true: patients suffering with a chronic disease have higher changes of developing a mental illness (i.e., depression).

Ongoing research indicates there’s a connection between existing mental disorders and lack of self care (i.e., not taking medications, going to the doctor, eating well, or exercising), which may lead to higher risk of unintentional injury, osteoporosis, diabetes, HIV, Alzheimer’s disease, heart disease, and stroke.

According to the Mental Health Initiative of Canada, 57 percent of workplaces have no mental health strategy or process currently in place. Mental health support in the workplace can and should include the awareness of employee assistance programs (EAPs), the freedom to speak openly about mental health issues, and zero tolerance for discrimination and bullying.

However, the issues don’t just exist in Canada, or in North America. WHO reports lacking mental health resources on a worldwide basis, particularly in low and mid-income countries.

Mental health allies include psychologists, social workers, psychiatrists, and psychiatric nurses, psychologists and social workers. WHO reports only 0.05 psychiatrists and 0.42 nurses accessible per 100 000 individuals in lower income countries. Luckily, modest financial support on the part of governments and donor groups (roughly $2 per capita annually) is all it takes to increase mental health services in most low and middle-income countries.

Ignorance and discrimination of those suffering mental illness is a global problem. WHO blames widespread disbelief that mental illness exists, can be treated, or misinformation about the decision-making abilities of mentally ill patients for the stigma.

Shame, abuse, bullying, and stigma can often cause patients to be apprehensive of seeking treatment and support from loved ones.