Signs and Symptoms of Hemophilia 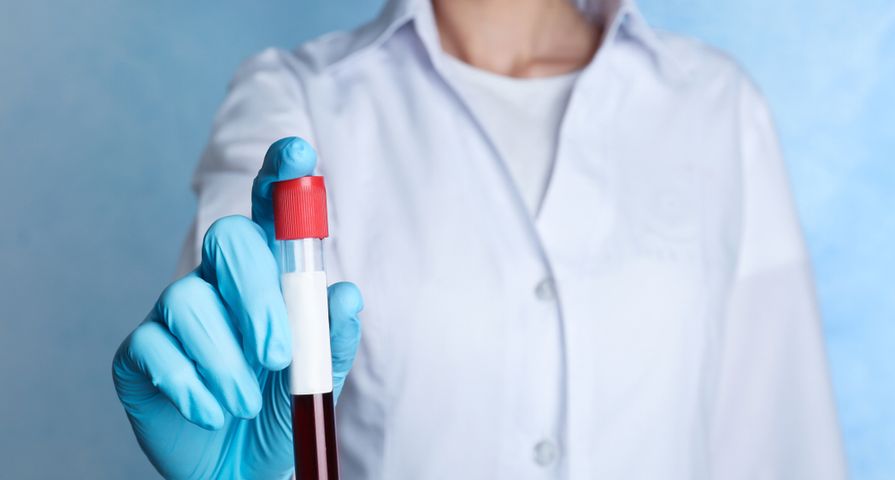 Hemophilia, or haemophilia, is the medical term used to describe a collection of genetic bleeding disorders that impair the body’s ability to clot or coagulate when blood vessels are broken. You can likely understand how this would pose a danger to the health of a person if they are injured and bleed spontaneously. Those who suffer from the condition can bleed far longer than is considered healthy following an undetected laceration or surgical procedure.

Hemophiliacs lack certain necessary coagulation factors in their blood—those necessary to turn the blood quickly from liquid into solid to stop bleeding. If bleeding continues, a hemophiliac can suffer bleeding for days following even a minor cut and require medication, a mesh plug, or a blood transfusion to stop bleeding. Here are the ten major symptoms of hemophiliacs…

Hemophilia is often difficult to diagnose, and often no symptoms appear until a wound occurs and blood vessels are broken. If you have a family history of hemophilia be vigilant for symptoms of prolonged bleeding following your child’s first laceration, dental procedure, or surgery. However, luckily the condition is typically diagnosed at a fairly early age.

Those who suffer from hemophilia will be prone to bruising that may be noticeable in infancy. For instance, aside from typical rough and tumble bruising from pay, children with hemophilia will bruise very easily and quite severely compared to other, health children.

One of the more frightening symptoms of more severe cases of hemophilia is internal bleeding, that can occur from minor blows, impacts or falls inside joints (a condition known as joint bleed).  This internal bleeding most typically affect joints of the knees, elbows, ankles, and to a lesser extent the hips, and shoulders. Bleeding of the brain can also occur with a mild impact, but more commonly with a serious head injury.

According to research from the National Heart, Lung, and Blood Institute, internal bleeding can occur in the joints, most commonly the elbows and knees (which tend to suffer impact more frequently). The scary thing is that bleeding can occur without obvious injury, no visible signs of bleeding may be obvious. However, signs of internal bleeding can include discomfort, pain, or tightness in the joint affected. The joint may also appear swollen, be painful when bent, and feel hot to the touch. With internal brain bleeding, dizziness, weakness, headache, double vision, and neck pain may occur.

For instance, research from the National Heart, Lung, and Blood Institute shows that internal bleeding without obvious injury will often cause a characteristic tightness and tingling in the joint. Swelling will occur as internal bleeding proceeds and the joint can become hot to the touch as well as so painful that range of movement is completely lost.

You may experience joint stiffness around a joint due to joint bleed. However, hemophiliacs may mistake this for arthritis. Shooting joint pain may also be accompanied by swelling and/or a warming sensation in larger joints—like the hips, knees, and shoulders—that transitions from warm to hot, as well as some tenderness due to actual joint inflammation.

A research study conducted by the Henry Ford Health System in Detroit and Munson Medical Center in Traverse City, Michigan, studied levels of pain experienced by hemophilia patients at treatment centers located across Ohio, Michigan, and Indiana. Researchers noted that chronic joint pain and stiffness was most likely caused by repeated bleeds into the same joints and connective tissues, causing synovitis, arthritis, and other chronic painful joint conditions, which caused long-term pain that could last for months on end, and that greatly impacted the ability to work, attend school, enjoy routine activities, build relationships, and freely participate in physical abilities that many healthy people take for granted.

Spontaneous bleeding can occur in patients with severe cases of hemophilia. The bleeding will not occur following a blow or injury, but spring up for no reason, typically as a bloody nose. Spontaneous bruising can also affect children during their second year of life. The Centers for Disease Control (CDC) characterize hemophilia as a bleeding disorder that results in blood being unable to clot properly. This inability to properly clot blood is what causes spontaneous bleeding.

The most prevalent symptom of hemophilia is uncontrollable bleeding with patients bleeding for a longer duration than is normal due to  clotting factors in the blood. For instance a child affected with hemophilia may have blood clotting levels greater than 5-percent compared to a unaffected, healthy child who will have clotting factors of 100-percent. This is why patients are often undiagnosed until a wound, surgery, or other bleeding complications are visible.

With severe hemophiliacs, bleeding can occur even with minimal activities or regular routines of daily life, even when there is no known injury. For instance, a hemophiliac may notice traces of blood in their urine or stools, a number of issues may be taking place internally. For instance, hemorrhoids pose a danger if lacerated or internal bleeding may be taking place in the intestines or stomach.

Other forms of unexplained bleeding can pose dangerous to hemophiliacs if the bleeding is unseen. For instance, lacerations or bleeding gums can continue for days without treatment. According to John Hopkins Medicine Health Library, unexplained and spontaneous bleeding can occur for several reasons.

For instance, the patient may bleed easily and unexpectedly from the gums, nose, teeth or mouth (i.e., due to dental work), an innocent bruise may cause a hematoma (which is characterized by swelling due to an accumulation of blood under the skin), sore or stiff muscles may occur due to excessive blood in the muscles or tissues, joint bleeds can occur (a condition known as hemarthrosis) and lead to permanent deformities as well as arthritis. However, the scariest is spontaneous bleeding from the brain due to an injury, which causes a brain hemorrhage, neurological issues, blindness, and even death if untreated.

Hemophiliacs who’ve suffered a blow to the head need to be wary of headaches, which could indicate an intracranial hemorrhage (internal bleeding in the skull). This fairly common occurrence affects approximately 1 in 30 hemophiliacs sometime during their lifetime. A continual headache should be considered a medical emergency following any trauma to the head.

According to John Hopkins University, spontaneous head bleeds are the most common due to a head injury, or even an innocent fall or small bump on the head. Brain bleeds are the most prevalent cause of hemophilia deaths, and small bleeds in the brain can cause headache, permanent brain injury, blindness, neurological disorders, and death if emergency treatment isn’t sought immediately.

In addition to headaches, internal bleeding in the skull of a hemophiliac could cause a total lack of coordination—made up of dizziness, loss of balance, slurred speech, impaired vision, and facial muscle abnormalities akin to a stroke. The Canadian Hemophilia Society claims that loss of coordination and associated symptoms are often the result of a brain bleed from a head injury or even a small bump on the head.

Bleeding in the brain will most likely cause a persistent and gradually worsening headache in hemophiliacs. Related symptoms will include clumsiness, weakness of muscles (i.e., arms and legs), stiff necks, double vision, nausea and vomiting, poor balance or loss of balance and total lack of coordination, spasms, crossed eyes, and even seizures.