ALS vs. MS: Learn the Differences and Similarities 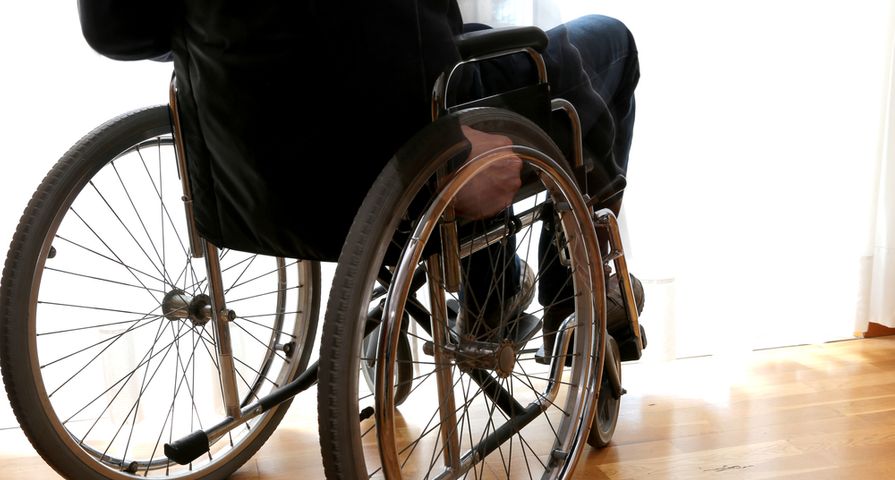 They both have the word “sclerosis” in their name, but they’re not the same thing. Multiple sclerosis (MS) and amyotrophic lateral sclerosis (ALS, also known as Lou Gehrig’s disease) – have similarities, but some distinguishing characteristics.

It’s true that both cause scarring of the nerve fibers, which is the root of the word “sclerosis,” explains WebMD. However, the root cause is different, and therefore, the treatment is different. Let’s take a closer look at the 12 key differences between the two diseases…

The MS Society of Canada, a country that has one of the highest rates of MS per capita anywhere in the world, says MS is an autoimmune disease that affects the central nervous system.

Autoimmune means the body’s own immune system mistakenly attacks healthy tissues, and in this case, it destroys the myelin coating that protects nerves, notes the source. Without this myelin covering, nerve impulses are impaired, leading to a number of possible physical and mental impairments.

MedicalNewsToday.com defines ALS as a type of motor neuron disease, a progressive neurological condition that leads to dysfunction in nerves that are responsible for muscle movements.

This deterioration can affect the nerves that control breathing, which can lead to death. A key difference is that the disease is not a result of the body’s immune system turning on itself. It’s motor neurons in the brain and spinal cord degenerating and dying due to the disease.

How They Affect Nerves

In the case of MS, the coating of the nerve cells (myelin) is affected, whereas, with ALS, the disease destroys the actual nerve cells, notes WebMD.

With MS, this means that signals from the brain to other parts of the body are “short-circuited,” but with ALS the loss of motor neurons means you will lose control of motor functions. Interestingly, in ALS, as the actual neurons break down, the myelin sheaths become harder, adds the source.

As we mentioned before, there is some overlap in symptoms between the two diseases. MedicineNet.com gets more specific about these similarities and differences, pointing out that both can share signs of fatigue, difficulty walking, and involuntary muscle spasms.

At the same time, both diseases can cause muscle weakness (ALS causes muscles to waste away), slurred speech, and difficulty walking, adds the source.

There are many unique symptoms to both diseases. The same source explains that MS can cause numbness and tingling throughout the body, vision problems, sexual dysfunction, depression, impaired memory, and “mild” problems walking. There can be periods of time where there are only a few symptoms, followed by relapses, it adds.

Meanwhile, ALS can present with muscle cramps, heightened susceptibility to falling, clumsiness, and problems holding up your head, explains the source. In general, MS affects patients mentally more so than ALS, which impairs patients more physically.

ALS More Likely to Be Physical

While MS can absolutely reduce mobility in a patient, the disease can sometimes only affect the nerves that control senses like touch and sight and not those that are responsible for muscle control, explains MultipleSclerosisNewsToday.com.

Meanwhile, ALS only affects the nerves that are responsible for movement, meaning as the disease progresses, the patient will more likely need walking aids or a wheelchair. This is not to say that MS patients won’t need similar equipment to get around during the course of the disease; it’s just less likely than with ALS.

According to the Mayo Clinic, the cause of MS is not yet understood, but a “combination of genetics and environmental factors appears to be responsible,” it explains.

Meanwhile, in the case of ALS, about 50-percent of all cases are inherited, while the other causes are being studied, according to the clinic. These other possible causes include gene mutations, chemical imbalances (particularly a brain chemical called glutamate), a “disorganized” immune response (similar to autoimmune diseases), and the accumulation of abnormal forms of protein in nerve cells.

While the exact causes are still being researched, there are some risk factors that have been identified for both. In the case of MS, the Mayo Clinic says age (most commonly between 15 and 60), sex (primarily female), family history, other infections (such as the Epstein-Barr virus responsible for mononucleosis), race (primarily Caucasian of northern European descent), climate (temperate), and smoking are all possible risk factors.

For ALS, the clinic says that family history, age (most commonly between 40 and 60), and sex (primarily male) can increase the chances of developing the disease. Other factors such as smoking, toxin exposure, and even serving in the military may also play a role, although these links (especially military service) are not yet fully understood.

In the case of MS, cognitive changes are a “common symptom,” notes the National Multiple Sclerosis Foundation – (noting more than 50-percent of patients will be affected in this way). These symptoms may include problems with information processing, memory, attention, concentration, planning, constructional abilities, and verbal fluency.

How Do Doctors Differentiate Them?

Physicians look at different factors to arrive at a diagnosis of MS vs. ALS. The National MS Society explains that doctors must find evidence of damage in “at least two separate areas of the central nervous system,” as well as determine the damage happened at different times. MS will be diagnosed when all other possible causes are ruled out.

Meanwhile, WebMD explains diagnosing ALS also takes an approach of ruling out other possible problems. You’ll get a full exam by a neurologist, blood and urine tests, scans (such as an MRI), and electrophysiological tests to see if your nerve responses are consistent with ALS. You may have to make a subsequent visit to confirm the diagnosis through proof of progression, which is a hallmark of ALS.

Not Treated the Same

As the diseases differ, so do the treatments. While there is no cure for either of them, the progression (and relapses) of MS may be slowed down with certain medications including Beta interferons, glatiramer acetate (Copaxone), and dimethyl fumarate (Tecfidera), notes the Mayo Clinic. There are other available treatments including alemtuzumab (Lemtrada), which essentially depletes white blood cells to limit the damage they can cause. Physical therapy and muscle relaxants can also be helpful.

The prognosis for MS patients is usually much better than for ALS patients, says MedicineNet.com. This means MS patients can have a lifespan that is “relatively normal,” although slightly shorter (6 or 7-years) than those without the disease, it adds.

In the case of ALS, patients are often given a life expectancy of only 2 to 5-years after diagnosis, and only about 20-percent of patients will live beyond 5-years, adds the source. ALS progresses more quickly than MS because nerve cells themselves are being damaged.