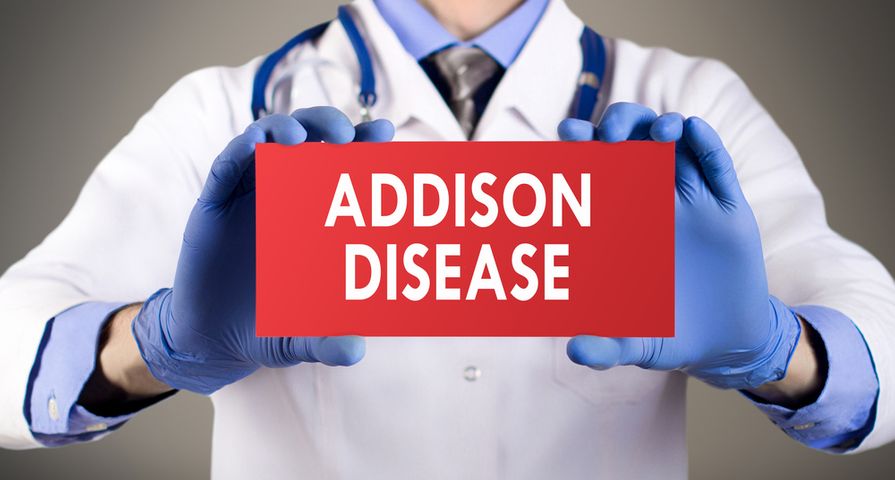 One of the best ways to manage a chronic disease like Addison’s is to know as much as you can about it. Knowledge will empower you to recognize symptoms, help you understand the causes, and find adequate treatment. We’re here to give you the information you need to understand this complex disease.

Fatigue is characterized by constant tiredness that interferes with your daily activities. It’s feeling a lack of energy to do almost anything. If you have Addison’s disease, sleeping won’t help you combat your fatigue. Because of the lack of hormone production, you’ll need treatment to beat this type of fatigue. Fatigue is a symptom of multiple conditions making it tricky to attribute it to a single disorder.

Skin discoloration with areas that have darker skin color is another symptom of Addison’s disease. This development of dark patches is called hyperpigmentation. The National Organization for Rare Disorders tells us, “this discoloration most commonly occurs near scars, by skin creases (such as the knuckles), and on the mucous membranes (such as the gums).” These skin changes can happen years before other symptoms develop says the source. But, it does not happen in everyone diagnosed with Addison’s disease.

There are other skin changes that can happen in individuals with Addison’s disease. Some people can develop vitiligo, which is when white patches form on different areas of the body, says the National Organization for Rare Disorders. Another skin change is black freckles on the forehead, face, and shoulder. If you notice any of these changes it’s time to put a phone call into your doctor to discuss what your next steps should be.

Your gastrointestinal tract is another body system that is affected by Addison’s disease. Those with the disease may experience nausea, vomiting, and stomach pain reports the National Organization for Rare Disorders. Having unexplained weight loss, a poor appetite, and dehydration are other symptoms that can go along with this disease. Feeling queasy and losing your appetite alone shouldn’t immediately signal you to think of Addison’s disease, but if you have other symptoms along with it, then you should take a closer look at your health.

In Addison’s disease, the body doesn’t produce enough of the hormones cortisol and aldosterone. Cortisol helps the body to respond during times of stress and maintains your blood pressure, immune system, and blood sugar levels. Whereas, aldosterone affects the body’s potassium and sodium levels report the Cleveland Clinic. All these hormone and electrolyte changes can really take a toll on your body affecting almost every aspect, including your stomach.

Low blood pressure is a symptom that shouldn’t be ignored. Fainting and dizziness can lead to falling injuries. If you have any of these symptoms report them to your doctor. Low blood pressure can be a result of dehydration or many other conditions. Your doctor will take your health history and evaluate to determine if your low blood pressure is caused by Addison’s disease or another issue.

Addisonian crisis (acute adrenal failure) is an abrupt event characterized by symptoms come on quickly and intensely. It can be caused by an injury, stress, or illness. “An Addisonian crisis is a medical emergency that can cause life-threatening complications such as shock or kidney failure if not treated,” says the National Organization for Rare Disorders.

Those experiencing an Addisonian crisis can “…develop a sudden loss of strength; severe pain in the lower back abdomen or legs; vomiting and diarrhea potentially causing dehydration; and low blood pressure and loss of consciousness,” reports the source. As you can see these symptoms are severe, and when they come on quickly, they can be especially harmful.

Are you having a new, excessive craving for salty snacks? Are there not enough chips, pickles, French fries, or crackers to curb your craving? Who would have known, but it turns out another symptom of Addison’s disease is craving salty foods says the Mayo Clinic.

You might be able to attribute your craving to other things going on in your life, but if this salt craving is intense and new and is joined with other symptoms of Addison’s disease, then it’s time to call your doctor. Your doctor will likely do some testing to determine if your hormone levels are low and ask questions about your recent and previous health.

The most common cause of Addison’s disease is from an autoimmune response. This response normally attacks foreign invaders in your body like bacteria, but in this case, the immune system is attacking your own healthy cells. Approximately 75-percent of those with Addison’s disease acquired the disease as a result of an autoimmune condition reports National Organization for Rare Disorders.

When your immune system turns on your body and starts attacking it, there can be terrible effects. In Addison’s disease, you won’t feel any symptoms until 90-percent of the adrenal cortex is damaged, says the source. Your adrenal glands will work and work up until they just can’t anymore causing many of the symptoms of Addison’s disease.

Historically, infections are one of the top causes of Addison’s disease. In some countries with fewer resources, infections are still one of the main causes. Tuberculosis was the top infection causing Addison’s disease says the National Organization for Rare Disorders. As a lung bacterial infection, it could spread to other areas of the body, including the adrenal glands, and cause significant damage outside of the lungs.

Thankfully, in developed countries tuberculosis infections aren’t as common and if it does happen it can be treated quickly. Other infections have been known to cause Addison’s disease. If you experience any symptoms of Addison’s disease after an infection don’t hesitate to talk to your doctor. It’s always good to communicate any concerns and issues you might be having.

Is there someone in your family that has Addison’s disease? Although not common, some people might have a genetic predisposition to Addison’s disease. This doesn’t mean that just because you have the gene that predisposes you to the condition that you will develop it. Sometimes, it takes a trigger, such as illness or stress, to cause the disease to develop says the National Organization for Rare Disorders.

Another cause of Addison’s disease is an abrupt stop to steroid treatment, instead of a slow wean. When you are prescribed steroids, such as prednisone, to treat a condition you will be ordered to slowly decrease the dose until it is so small you can stop. If you don’t follow your doctor’s orders and stop taking the prescription all of a sudden you can temporarily develop Addison’s disease, says the Mayo Clinic.

If you are prescribed a steroid, make sure you have clear instructions from your doctor or pharmacist on how to take the medication. Steroids are effective, powerful drugs that need to be taken seriously. Never stop taking the medication without first talking to your healthcare professional.

You have a small structure in your brain called the pituitary gland. It makes something called adrenocorticotropic hormone (ACTH); this hormone stimulates the adrenal glands to make their hormones, cortisol and aldosterone. If something happens to the pituitary gland, such as a tumor or surgery, it can cause the pituitary to not make enough ACTH. This then would cause the adrenal glands to make less of its hormones says the Mayo Clinic. Notice the cascade of effects this could have on your body.

Here’s the good news about Addison’s disease! Treatment is almost always successful with medication. “Because Addison’s disease is caused by a lack of normal hormones produced by the adrenal glands, it can be treated by replacing those hormones,” WebMD tells us. Treatment is usually pills that occasionally need to be adjusted during times of stress, illness, or surgery.

It’s a great time we live in when a condition like Addison’s disease can be so easily treated. However, if you or your loved one has Addison’s disease it’s important not to become complacent. You should wear a medic alert bracelet says WebMD and always make sure you never run out of your medication. This disease does not have to rule your life if you follow your doctor’s recommendations and take your medication regularly.