Influenza Statistics From This Year 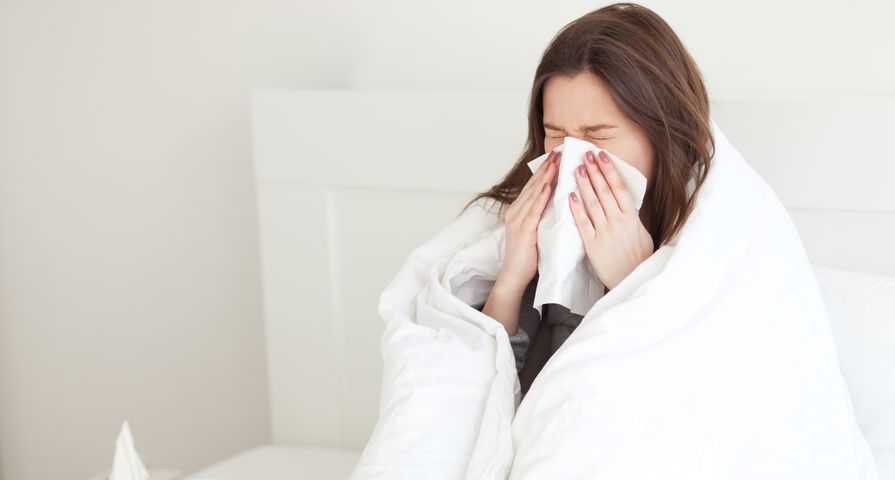 The flu has been a nationwide topic of discussion among families, communities, and of course, the media. We battle the flu every year, but this season it seems to be particularly bad with extremely high levels of influenza-like illnesses being recorded by the U.S. Centers for Disease Control and Prevention (CDC). According to the acting director of the CDC, the numbers are now mirroring those from the 2009 H1N1 pandemic, but experts are quick to point out that we are not in a pandemic. In fact the 2018 season has been deemed “moderately severe.”

One of the best forms of protection against the flu (aside from being vaccinated) is to be informed. We don’t often take the flu very seriously because it’s so common and rarely dangerous for the average person, but because it is always changing, it will always pose a threat, so awareness and protection is important. The season is ongoing so these numbers are still subject to change, but here are the latest statistics for the 2018 flu season…

According to the CDC, the United States experiences a flu epidemic every year and each year it results in a number of deaths. What’s different about this year is the dominant strain that is being passed around and the intensity of this season. Because the flu is so widespread throughout the U.S., the infection rate is being recorded at 7.7 percent, which is up from the previous week of 7.1 percent.

Overall, there have been 151,983 cases of the flu recorded this season. At the end of the Feb. 3, 2018 week there were 14,094 new laboratory-confirmed cases of the flu. While this gives us a good indication of how the flu is spreading, these numbers are probably even higher than what is being recorded because it does not include people who have not sought help from a healthcare professional. 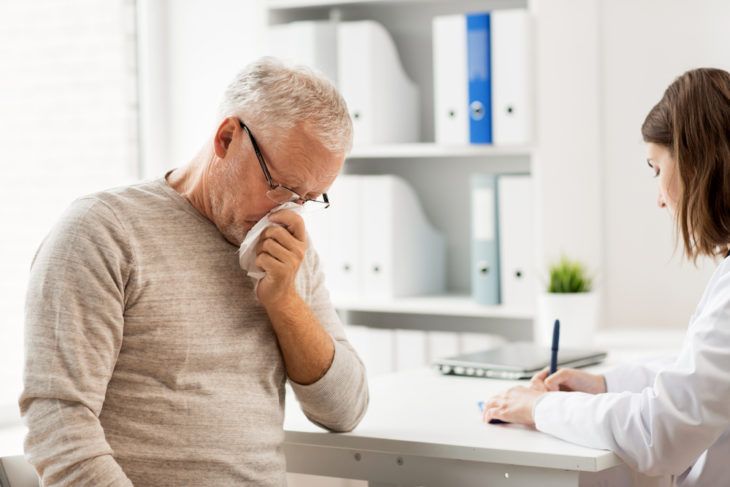 According to Dan Jernigan, director of the influenza division at the national Center for Immunization and Respiratory Diseases, the flu is everywhere right now. “This is the first year we have had the entire continental U.S. be the same color on the graph, meaning there is widespread activity in all of the continental U.S. at this point,” he said. There is high flu activity almost everywhere in the states right now, with the exception of Hawaii and Oregon as per the weekly report for the week ending on Feb. 3.

There is a record high percentage of patients visiting health care professionals. In mid-January, the hospitalization rate was the highest ever recorded by the CDC, according to the New York Times. The question that’s on many people’s mind is whether or not we’ve hit the peak of the flu season. In a recent press briefing, acting director of the CDC, Anne Schuchat confirmed that influenza activity is still on the rise and that we’re on track to beat recent records. 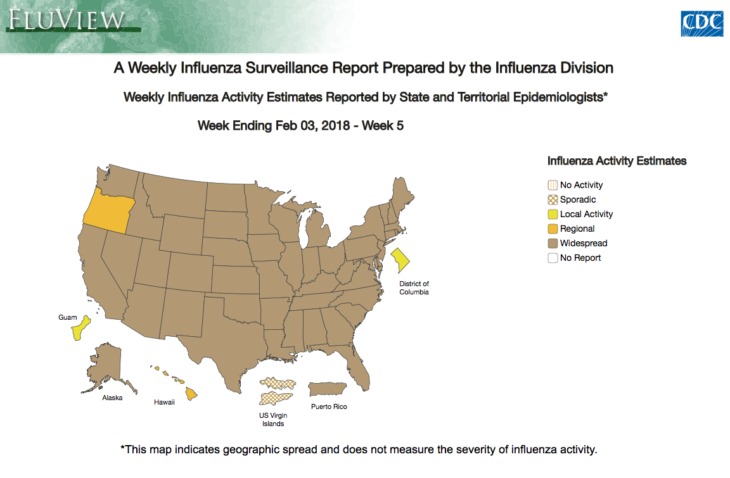 There are four different strains of the influenza virus, three of which are infectious. The two most common are influenza A and B, both of which have subset strains. For example, H1N1 and H3N2 are strains of influenza A. These strains are constantly adapting and changing which makes them hard to beat.

The most common strain of flu that has been seen this season, particularly in the states, is the H3N2 strain, but the U.S. Centers for Disease Control and Prevention is also seeing infections caused by the H1N1 strain. Dr. Jernigan also anticipates another type of flu caused by influenza B virus to show up later in the season. The flu strain that is circulating right now is much more deadly when compared to the other season strains like H1N1, Type A strain, and B strains which tend to arrive later in the season. The H3N2 strain can kill people with weaker immune systems like the young or very old. 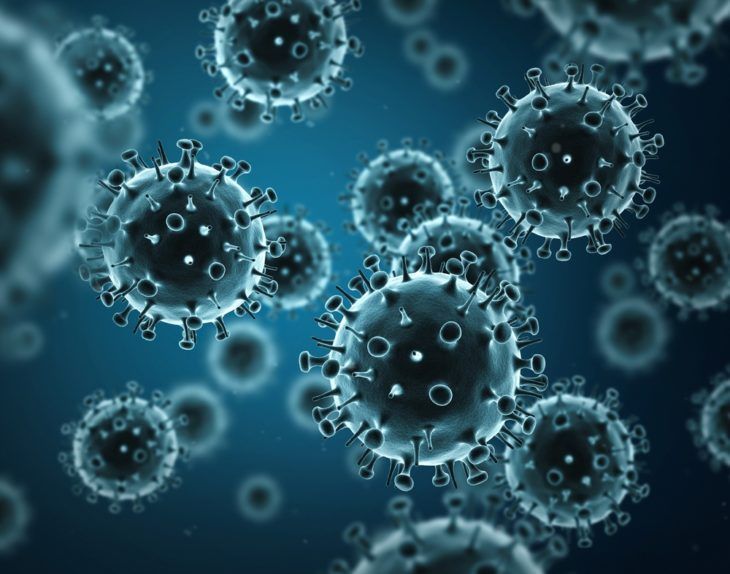 According to an article in the New York Times, about 80 percent of flu cases that have been recorded this year are of the H3N2 strain which is why this season is shaping up to be particularly bad. It is definitely the more dominant strain going around. The H3N2 strain of flu has caused several deaths and hospitalizations in Australia, U.K., Canada, and the U.S. “H3N2 is a bad virus,” said Dr. Jernigan. “We hate H3N2.” The H3N2 virus is nothing new. It’s been circulating among humans since 1968, so it’s well adapted to humans as a host.

National Geographic spoke with Anthony Fauci, director of National Institutes of Health National Institute of Allergy and Infectious Disease, who tried to explain why H3N2 is so hard to fight. Not only is it historically one of the worst strains of the flu, but because people aren’t frequently exposed to it, it’s become pervasive. When a community is exposed to the same strain of flu over and over again, people tend to build up immunity to it. In addition to all of this, while they were creating this year’s vaccine, the virus mutated as it was growing making it less effective.

In order to understand why H3N2 is so hard to vaccinate, we must understand how flu shots are made. They are typically grown inside chicken eggs and contain killed or “inactivated” viruses. Complex strains like H3N2 or the bird flu are known for adapting while inside the chicken egg, making them better suited to their environment and harder for us to target. Because of this, many people who received this years vaccine, were not protected against the H3N2 virus, making the current flu shot less effective. 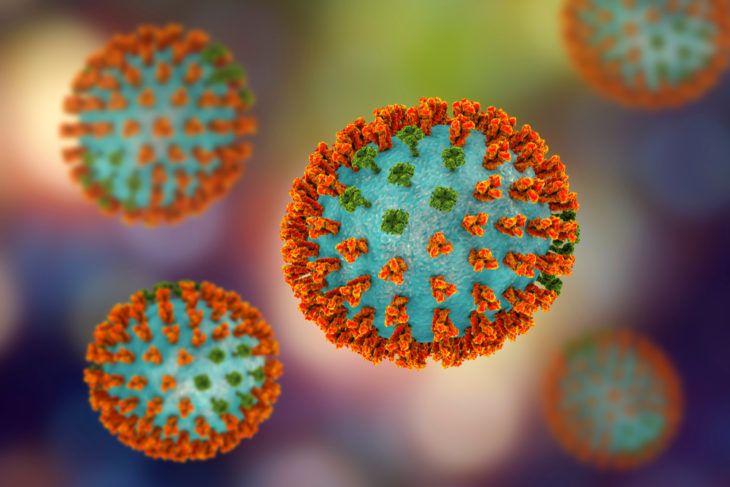 There’s no doubt that this year is much more deadly than others when it comes to the flu, but according to the New York Times, the flu has always been a major killer. It’s extremely rare that the flu will kill a perfectly healthy individual. The people who are of concern are those with a weaker immune system like the elderly and children. A study published in the Lancet that was conducted by the Centers for Disease Control shows that on average a severe flu season results in around 650,000 deaths worldwide. In comparison to that, a mild one kills around 300,000.

The study also reported that in recent years the flu has killed around 12,000 Americans in a mild season and 56,000 in a severe season. According to the CDC’s most recent data, the 2018 flu season has hospitalized 17,000 people, with the majority of the victims being adults over the age of 50 and children younger than 4. As of the week ending in Feb. 2, a total of 63 children have died during this current flu season. Among adults, the number for influenza and pneumonia deaths have now climbed to 10.1 percent. 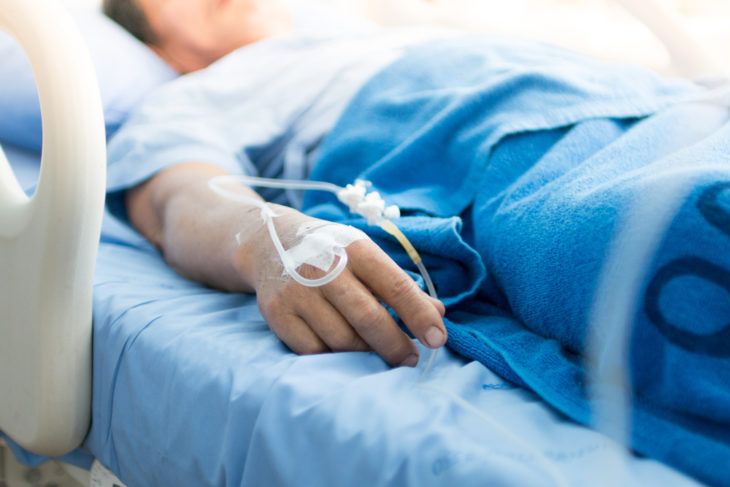 Every week the US and Canadian Centers for Disease Control and Prevention release a weekly surveillance report with the latest statistics. Not surprisingly, numbers are on the rise, including the amount of flu-related hospitalizations. The latest data from the CDC shows that overall we’re sitting at 59.9 hospitalizations per 100,000. This number will likely rise considering only a week prior it was at 51 per 100,000. In comparison, the 2014-2015 season which was also classified as moderately severe, averaged about 44 hospitalizations per 100,000 people.

The systems that track hospitalizations have only been in place since 2010, so it’s difficult to compare these numbers to former years, but there’s no doubt that this year’s numbers are higher than what we’ve seen previously. The most unusually high numbers are for elderly adults. “So far this year we’ve seen 63.1 per hundred thousand people in the 50 to 64 age group being hospitalized by flu. In 2015-16, that number was 35.1. So that’s our most recent severe season and we’re quite a bit higher than that,” said Schuchat. 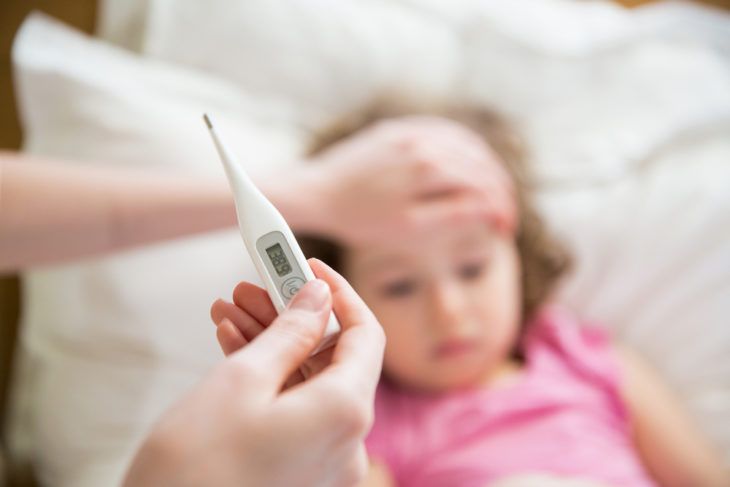 7. Numbers Similar to the Swine-Flu

The numbers that are being recorded for the current flu season are the worst we’ve seen in nearly a decade. They are as high as what was recorded during the 2009 swine-flu pandemic. Even though this season is not being deemed a pandemic, it is considered to be ‘moderately severe,’ the numbers show just how intense it has been.

What’s even more worrisome is that many experts aren’t even sure if we’ve hit the peak of the season yet. “We could potentially see several more weeks of increased flu activity,” said Anne Schuchat, acting CDC director. The last severe flu season was in 2014-2015 which resulted in 148 child deaths. The 2018 season is currently sitting at 63, but that number changes each week. 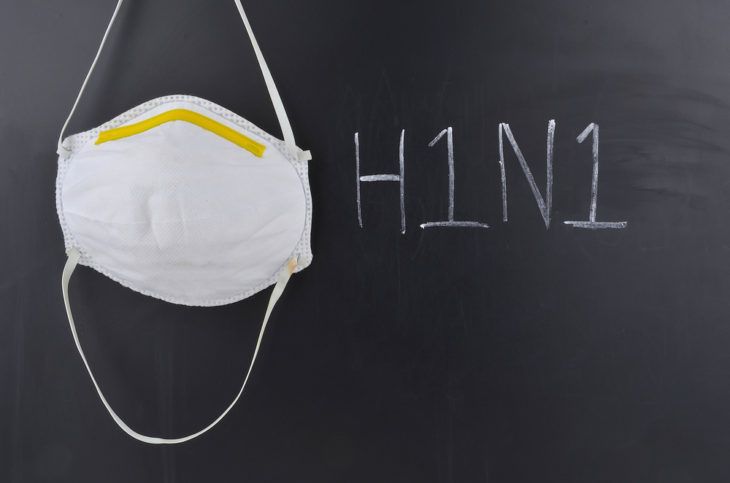 8. How Long It Will Last

In recent data collected from the CDC, 10 percent of deaths in the U.S. were related to influenza and pneumonia. Many of us are asking ourselves how long this will continue. Schuchat, also noted the flu is incredibly hard to predict which is why it’s impossible to tell if we’ve hit the peak of the season. “In the past five seasons, influenza-like illness has been elevated for between 11 and 20 weeks, and we’re only at week 11 now, so we could potentially see several more weeks of activity,” she said.

The CDC reports that influenza activity typically begins to rise in October-November with the peak of the season falling between December and February. It can last as late as May, but it’s hard to predict how long it will go on each year because it varies each season. 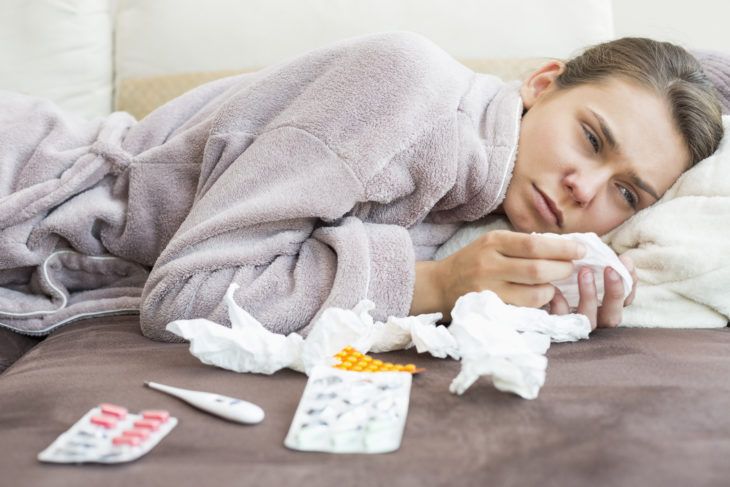 9. How Effective is the Flu Vaccine?

Each year the flu virus mutates which makes it incredibly hard to beat. But, we often see the same several strains every season. The H3N2 strain is known for being severe and its tactical ability to evade the protection of the influenza vaccination.

Even though we are well into the flu season and this years vaccination might not be as effective as it was in previous years, health care professionals still urge the public to get vaccinated because even if it doesn’t protect you from acquiring the virus, it will lessen the symptoms associated with it and protect those with weaker immune systems who come in contact with you. The usual success rate of a vaccination is around 40 to 60 percent, but because the strain that is circulating this year is so nasty, it is proving to be only about 17 percent effective in the U.S. In Australia, the vaccine was only about 10 percent effective. 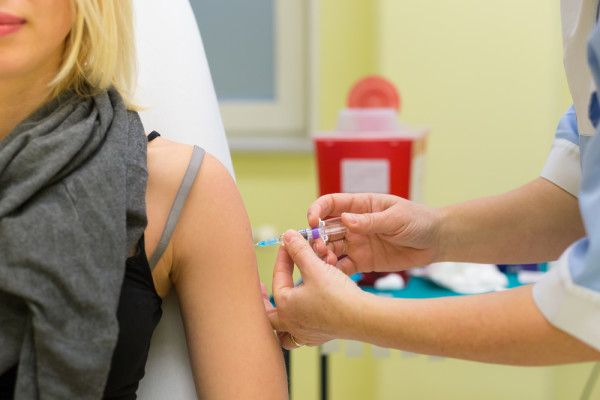