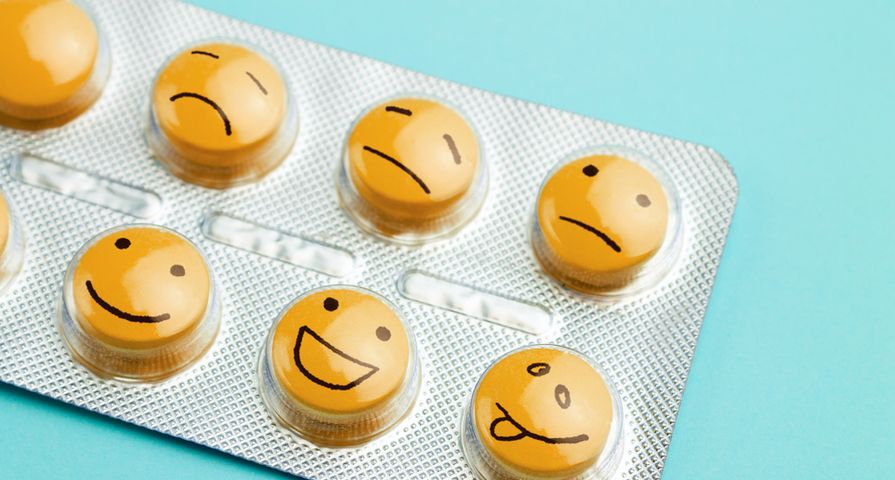 A psychotropic medication is any medication that alters the chemicals in the brain and consequently impacts emotions and behaviors. The word, “psychotropic” comes from the Greek word psycho (mind) and tropic (turning), which in combination refer to the capability of turning the mind. These medications can be used to treat a variety of conditions including depression, bipolar disorder, anxiety, ADHD, and psychosis.

While psychotropic medications can help people return to leading a productive and fulfilling life, they can have serious side effects and need to be carefully monitored by a physician…

Benzodiazepines (benzos) are a class of drugs used to treat anxiety, insomnia, agitation, seizures, muscle spasms, and alcohol withdrawal. These drugs act by enhancing the effect of the neurotransmitter aminobutyric acid (GABA). This results in sedative, anti-anxiety, anticonvulsant and muscle relaxing properties.

Common Benzodiazepines include medications such as diazepam, oxazepam, and lorazepam. They can be classified as short, medium, or long acting. Short acting benzos are used to treat insomnia while longer acting drugs are used for anxiety.

Monoamine oxidase inhibitors (or MAOIs) are a class of older antidepressants that affect the dopamine norepinephrine and serotonin levels in the brain. They require careful dietary monitoring and restriction since they can cause dangerously high blood pressure when taken with certain foods or medications.

Wine and cheese are two examples of foods that interact negatively with MAOIs. The most commonly prescribed MAOIs  include Marplan, Nardil, Emsam and Parnate.

Tricyclic antidepressants (TCAs) work by increasing the levels of serotonin and norepinephrine while simultaneously blocking the action of acetylcholine. This results in rebalancing the brain chemicals and alleviating depression.  TCAs are also used to treat bulimia, panic disorder, chronic pain, itching, PMS, and phantom limb pain.

One of the side effects of TCAs in children and adolescents can be increased suicide thoughts. Therefore treatment needs to be closely monitored by a physician. TCAs include Elavil, Anafranil, Doxepin, Imipramine, Desipramine and Nortriptyline. Due to the fact that these antidepressants have more side effects, they aren’t prescribed unless SSRI’s have been tried first.

Selective serotonin reuptake inhibitors (or SSRIs) specifically target the serotonin levels in the brain to treat major depression. They tend to be relatively safe with much fewer side effects than other antidepressants.

SSRIs are considered safer, for instance, compared to TCAs or MAIOs. Commonly prescribed SSRIs include medications such as Prozac, Celexa, Luvox, Zoloft, Paxil, and Lexapro.

Common NDRIs include Wellbutrin and Aplenzin. Wellbutrin (or bupropion) is most often prescribed  to treat major depressive disorder and seasonal affective disorder (SAD).

These include antidepressants that don’t fall into any other category such as Trazodone, Remeron, Brintellix, and Vilazodone.

These atypical antidepressant medications have sedative effects and therefore need to be taken before bed. This is especially useful for patients with depression who also suffer from insomnia.

First generation antipsychotics are used to treat schizophrenia and psychosis. They are dopamine D2 antagonists and can have serious, sometimes irreversible neurological or fatal side effects. Involuntary muscles movements of the face and extremities (tardive dyskinesia) can be treated with Cogentin,
but can become permanent if not managed properly.

Neuroleptic malignant syndrome is another side effect that can be fatal. Medications in this class include Haldol, chlorpromazine (CPZ), fluphenazine (Modecate), perphenazine, trifluoperazine and loxapine.

These more modern medications tend to have less severe side effects than older first generation antipsychotics. They include medications such as Abilify, Clozaril, Invega, Risperdal, Seroquel, Saphris, Zyprexa.

Second generation antipsychotic medications have less severe extrapyramidal side effects and tardive dyskinesia, but have higher rates of metabolic effects, such as weight gain.

The National Institute of Mental Health estimates that 5-percent of patients who are prescribed antipsychotics will develop tardive dyskinesia, which is a neurological disorder characterized by involuntary movements of the face and jaw. This disorder is commonly seen in patients treated with neuroleptic medications for schizophrenia, psychosis, and bipolar disorder.

Exposure to one dose of medication in a vulnerable person can be enough to cause TD. Treatment may include reduction or discontinuation of the psychotropic drug and/or prescription of Cogentin. People exhibiting the symptoms of TD should seek medical help from their physician.