8 Things You Need to Know About Canine Influenza 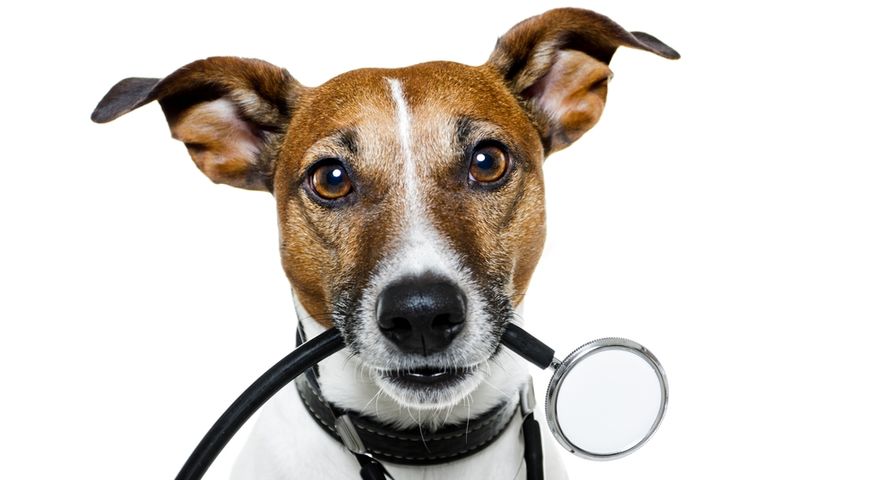 When flu season rolls around, employers can expect a dip in productivity as many of their employees are forced to call in sick. Overall, flu season is a miserable time, with sufferers dealing with upset stomach, stuffy nose, and a nasty cough. That’s why so many medical professionals recommend people get the flu shot before flu season sets in.

Unfortunately, far fewer people are aware of canine influenza, or dog flu. Like human influenza, it’s highly contagious and caused by a virus—but unlike the human flu, it’s often fatal for our four-legged friends. Losing an animal to the flu is a strange and scary thought. Here’s what dog owners need to know about this potentially deadly doggie affliction…

Canine influenza hasn’t been with us very long. Experts at the American Veterinary Medical Foundation (AVMA) believe the first outbreak of dog flu, known to many veterinarians as H3N8, was in the summer of 2004. Between June and August of that year there was an outbreak of canine influenza among racing greyhounds in six American states.

The following year, the problem spread to five more states. Most currently, dog flu has been reported in 40 states and Washington, D.C. These days, dog flu is a significant problem. Over the past year, the virus has struck down thousands of dogs with many succumbing to illness.

Experts at the AVMA believe the canine influenza virus can actually remain viable. This means that H3N8 can be alive and contagious on surfaces for up to two days. It’s only slightly less durable when it comes to clothing (24 hours) and hands (12 hours).

Dog flu infects the cells lining a dog’s airways. A dog’s body then provides an inflammatory response that often results in rhinitis, bronchitis, and tracheitis—all unique and serious types of infection.

This process leads to the death of the epithelial cells that run along the canine’s respiratory tract, leading to the exposure of membranes underneath. The result of these infections is typically nasal discharge (or runny nose) and coughing.

It’s estimated that four in five dogs who become infected with the canine influenza virus will exhibit clear signs of the disease. The primary symptom of canine influenza is a cough, which is associated with the respiratory infection caused by the virus. Typically, this cough will persist for 10 days and up to three weeks.

Other symptoms of the dog flu include nasal discharge (or runny nose), sneezing, and lethargy (or extreme fatigue). Some dogs infected with the virus will cease eating, causing them to lose weight. In some cases a dog will develop a fever of between 104 and 105 degrees Fahrenheit.

It’s difficult to precisely diagnose canine influenza because the symptoms—including coughing, sneezing, nasal discharge, weight loss, and fever—can all be associated with other types of infection.

A veterinarian can accurately diagnose canine influenza through a blood test. Even then, the antibodies associated with the canine influenza virus will only be detectable a week after the onset of clinical signs. A more successful method of diagnosis in the early stages of an illness (within the first three days) involves testing a sample of the nasal discharge.

A veterinarian should be at the center of any canine influenza treatment regime. There are several steps to helping a dog overcome the flu. First, antimicrobials may be prescribed to help fight bacterial infections.

Second nonsteroidal anti-inflammatory medications can be prescribed to lower fever. Third, owners should closely monitor their animal and make sure it has sufficient food and water. With the proper medication and care, a dog’s immune system can recover and beat canine influenza.

Sadly, it’s estimated that four in five dogs that become exposed to canine influenza succumb to the disease. That said; deaths typically take place when a dog contracts a particularly severe form of the disease and fails to get the treatment (including medication and close care from owners) required to beat the flu.

To improve your dog’s chances of surviving, pay careful attention to their symptoms. Also, at the first sign of trouble, take your pet to visit a veterinarian.

There are two major ways to prevent a dog from becoming infected with canine influenza: sterilization of your home and vaccinating your beloved pet.

Sterilization involves keeping a clean home, which means using antibacterial cleaners on a regular basis. This is especially important in cases where your dog may be coming into contact with other animals. As for vaccination, currently there are two canine influenza vaccines available. Ask your veterinarian for more information about getting your dog vaccinated against canine influenza.