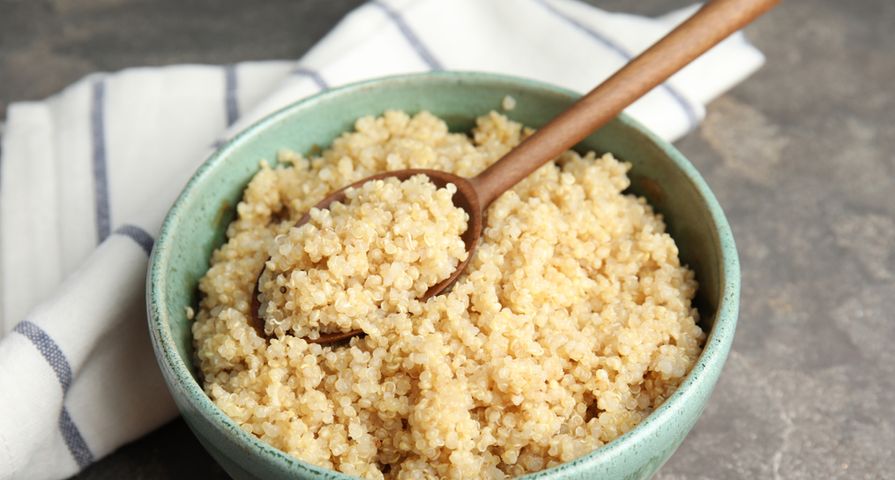 Iron, an essential mineral that helps to transport oxygen throughout the body, comes in two dietary forms: heme and non-heme. Heme iron is found in animal food sources such as red meat, fish and poultry, which originally contained hemoglobin. According to WebMD, heme sources are where the body absorbs the most iron.

But for those who follow vegetarian or vegan diets, or others who may simply want to cut back on their meat intake, their iron intake needs to come from other foods. Understanding what non-heme, or plant-based, sources of iron are available—like these eight—is essential to ensuring proper intake each day.

Made from soybean curds, tofu packs a serious nutrient punch! Just half a cup contains 10-grams of protein and 44-percent of a person’s daily calcium needs. It is also among the best plant-based sources of iron, with 6.4-milligrams in the same serving size.

While tofu often has a reputation of being quite bland, it is a very versatile food that absorbs the flavors of any dish it’s in. It is most commonly used in stir-fries, but is also great in soups, scrambled like eggs, or marinated and grilled on the BBQ.

The seeds of a pumpkin are commonly scooped out and discarded during the preparation process. But you may want to think twice the next time you’re carving a Jack-o-lantern or making a pie from scratch, as the seeds are a great source of iron; just a small handful (approximately one ounce) contains 4.2 milligrams.

While they provide the most benefit when consumed raw, roasting them for less than 15-20-minutes will still preserve much of the nutritional benefits.

Quinoa is the “it” grain of the moment, and for good reason. It is a natural source of B-vitamins, magnesium, phosphorus, potassium, calcium, vitamin E and fiber, among other nutrients. It also offers a valuable amount of iron—four milligrams per half-cup serving.

Medical News Today adds that quinoa is “one of only a few plant foods that are considered a complete protein, containing all nine essential amino acids,” making it an especially nutritious food source for those who follow meat-free diets. Try adding it to salads, as a substitute for rice, or as an alternative to breakfast oatmeal for an especially healthy jumpstart to the day.

While these fruits are very nourishing when consumed raw, Bembu.com says dried fruits are particularly beneficial because “they lose their high water and sugar contents without losing their highly nutritious qualities.”

Beans are a valuable source of key nutrients for those who consume little to no meat, as they are rich in protein, zinc and iron. And there are plenty of varieties to choose from. Soybeans are among the best sources of iron, with 8.8-milligrams per one-cup serving. The same serving size of lima beans contains 4.5-milligrams, while kidney beans have 3.9-milligrams, and both black and pinto beans offer 3.6-milligrams.

Peas and lentils, which are often grouped with beans, are also good sources of iron. Cooked chickpeas, for instance, contain 4.7-milligrams per one-cup serving, while black-eyed peas have 4.3-milligrams. The same amount of lentils offers a whopping 6.6-milligrams.

Other green vegetables like peas, broccoli and Brussels sprouts range in their iron content from 0.9- to 2.5-milligrams per half-cup serving. Green vegetables are an especially important part of a diet because, in addition to their rich iron content, they also contain high levels of vitamin C, which helps the body to absorb the food’s iron content.

As with green vegetables, tomatoes are also an excellent source of vitamin C, helping to ensure the body absorbs the iron it needs. They also contain lycopene, an antioxidant linked to a reduced risk of various forms of cancer.

Another great snack option for boosting your iron intake is nuts, particularly almonds, cashews, pine nuts and macadamia nuts. These varieties offer between 1-1.6 milligrams of iron per small handful (approximately one ounce).

Nuts also contain a variety of other nutrients, including protein, fiber and good fats, but it’s important to note that blanching or roasting them may damage their nutrients, so be sure to opt for raw and unblanched options.