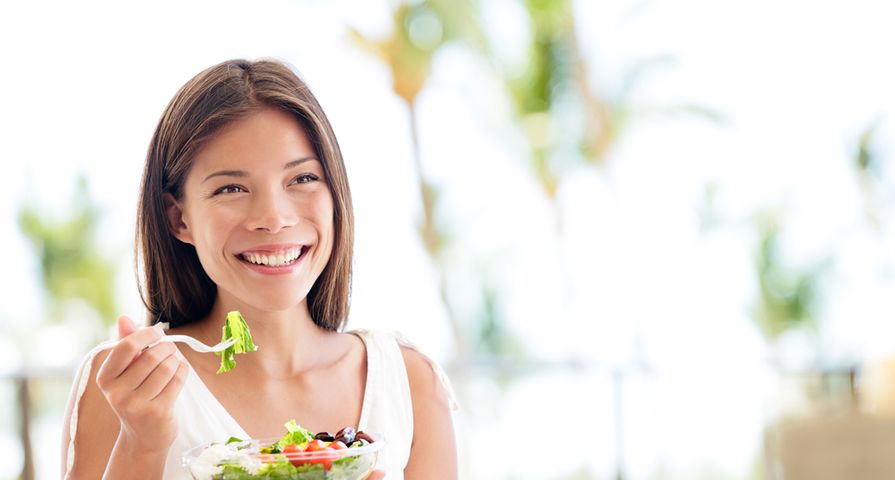 Early Signs of a COPD Flare Up

Chronic obstructive pulmonary disease (COPD) is an umbrella term for all chronic inflammatory lung disease that affects 24-million Americans. Due to the nature of this condition, patients with COPD understand how difficulty breathing can interfere with everyday life.

This is why it’s vital to eat and remain as healthy as possible while managing COPD. And while a healthy diet won’t cure your COPD, it can make life easier, strengthen your immunity, and help your body ward off chest infections and frequent hospital visits…

Experts from Healthline recommend sitting up straight while eating to avoid placing undue pressure on the lungs. Do so with the aid of a high back dining room chair. Reclining, or sitting slouched over, during meals can compress the lungs, compromising your breathing because of the extra pressure on your chest and lungs.

COPD: Foods You Should Eat

There can be many positive things said about mindful eating. However, for patients with COPD, eating too fast can literally take their breath away. A great way to pace yourself is to put your fork or spoon down in between bites.

Dr. Edelman told the American Lung Association that taking time with meals by chewing thoroughly and putting utensils down between bites, will prevent shortness of breath. “It’s a matter of being slow and deliberate,” he says in a separate interview with Health.com. “Take some food, chew it, swallow it, then rest, then breathe, then take some food again.”

Not only will a full breakfast provide much-needed energy to power your day—eating a large meal at the day’s end will only expend excess energy when you’re already struggling with fatigue.

4. Watch What You Drink With Meals

Many of us have noticed difficulty breathing following a large meal. For those with COPD, eating or drinking too much leads to stomach expansion, lung compression, and labored breathing. Avoid gas-inducing beverages (i.e., soda or seltzer) with meals. In fact, when possible avoid drinking anything until your meal is finished. This will ensure you don’t fill up too much, too fast.

Replace any carbonated beverages with water. Drinking lots of water throughout the day helps keeps mucus thin and prevents any buildup in the body. Healthline suggests drinking anywhere from six to eight-ounces of water a day, but be careful not to drink it all at once. As we mentioned earlier, drinking too much at once can make it harder to breath, especially for people with COPD.

Many COPD patients find that they don’t have enough energy to do activities many of us take for granted, including eating meals. The lung health educators at BreathePA.org recommend beating the pre-lunch and dinner fatigue by taking a nap prior to meals.

A short nap can help you top up your energy stores and have the energy required to eat a healthy and nutritious meal.

So rather that sprinkling extra salt into sauces, soups, and snacks, try using fresh and dried herbs and spices (minus the sodium) to take your dishes to next level tasty. Also, be wary of pre-packaged or processed foods. These are typically very high in sodium. Try to eat fresh foods whenever possible.

We’ve already established that eating too much can lead to a too-full belly and breathing discomfort. However, doctors from the American Lung Association explain that many “emphysema [patients] eat several small meals a day because they really can’t fill up their stomachs.”

Spreading smaller, more frequent meals throughout your day will also prevent bloating (aka: the diaphragm pressing on the stomach) which makes breathing really uncomfortable. “People who have emphysema do best if they eat several small meals a day, because the diaphragm is pressing on their stomach and they really can’t fill up their stomach,”says Dr. Edelman to Health.com.

Akin to gas-inducing drinks (i.e., sodas and sparkling waters) certain foods can also lead to bloating and lung compression. Of course many COPD patients will differ, but if you notice the common culprits (i.e., beans, broccoli, greasy foods, spicy foods, and cabbage) cause belly bloat and make breathing labored, steer clear of these foods.

Cruciferous vegetables such as broccoli, radishes, cauliflower, and Brussel sprouts tend to be the biggest culprits for causing bloating and gas. This is mainly due to their fiber content. While fiber is good for us, too much can give COPD patients indigestion from all the extra gas in their body. “The bloating causes a difficulty in breathing for the patient,” writes News Medical. “For this reason, it is best to limit the servings of cruciferous vegetables in their diet.”