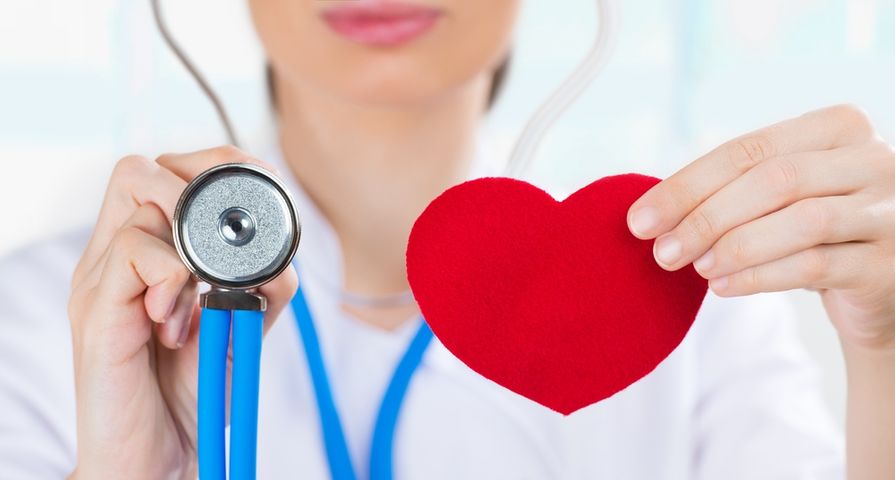 Despite the mood swings, grogginess, and lack of focus associated with chronic sleep loss, several scary conditions can result from long-term sleep loss and sleep deprivation. According to a bevy of health experts—from the University of Chicago Medical Center to research published in the Journal of the Academy of Nutrition and Dietetics—here are eight very dangerous and potentially fatal condition that can result from too little shut-eye…

You might be woken up, heart pounding, from a terrifying nightmare. However, according to findings from a sleep medicine study published in the Archives of Internal Medicine, those missed zzzzzz’s can leave you prone to a 20-percent higher risk of developing high blood pressure.

On top of that several epidemiological studies reported in the National Center for Biotechnology Information (NCBI), linked one night of acute sleep loss (3.6 hours sleep) with spiked blood pressure in healthy young men.

The researchers monitored the gene activity in over 700 genes caused by lack of sleep and found that sleep deprivation caused negative stress response, lowered immunity, and dysfunctional metabolism.

It turns out that lack of shut-eye, even over a few day’s time, can significantly decrease the bodies sensitivity to insulin and lead to a diagnosis of type 2 diabetes.

Scientists from the University of Chicago Medical Center monitored a group of healthy, young adults during the suppression of slow-wave sleep. Findings noted that after a mere 3-nights of deprived sleep, study participants were unable to regulate blood-sugar levels as efficiently, which in turn, raised their overall risk of developing type 2 diabetes.

A night of shortened sleep—which is characterized as sleeping for 6-hours or less—can have nightmarish affects on the heart. Several studies, published in the European Heart Journal, specify that a deprived night of sleep heightens the risk of heart disease.

Not only does lack of shut-eye up your chances of cardiovascular disease by 48-percent—the 2011 same study findings conducted on over 475,000 individuals, indicate that your chances of dying from coronary heart disease (CHD) from too little sleep almost double.

Research published by the National Institutes of Health clearly indicates the prevalence of obesity and diabetes and lower sleep duration. Several laboratory and epidemiologic studies point to a connection between chronic sleep loss and dysfunction in glucose metabolism and appetite regulation—known causes of both diabetes and weight gain.

A supporting study published in the journal, Dietetics and American Journal of Clinical Nutrition, found that healthy females who slept less than 5-hours per night, consumed roughly 329 more calories the following day.

Cosmetics giant, Estée Lauder, certainly has it’s share of tinctures and creams meant to make us look younger, for longer. However, a study commissioned by the company and conducted by the University Hospitals Case Medical Center attests that a full night’s sleep is your skin’s best friend.

Likely the statistic that will keep you up at night—scientists from University of Alabama at Birmingham, found that 30-percent of busy, employed adults who consistently got less than 6-hours of shut-eye per night increased their chances of stroke by 4-times!

Megan Ruiter, the lead author of the study at University of Alabama in Birmingham, stated that “the public is less aware of the[negative] impact of insufficient sleep [on the body]…the body is severely stressed when it doesn’t get the right amount [of sleep].”