8 Pros And Cons About Caffeine 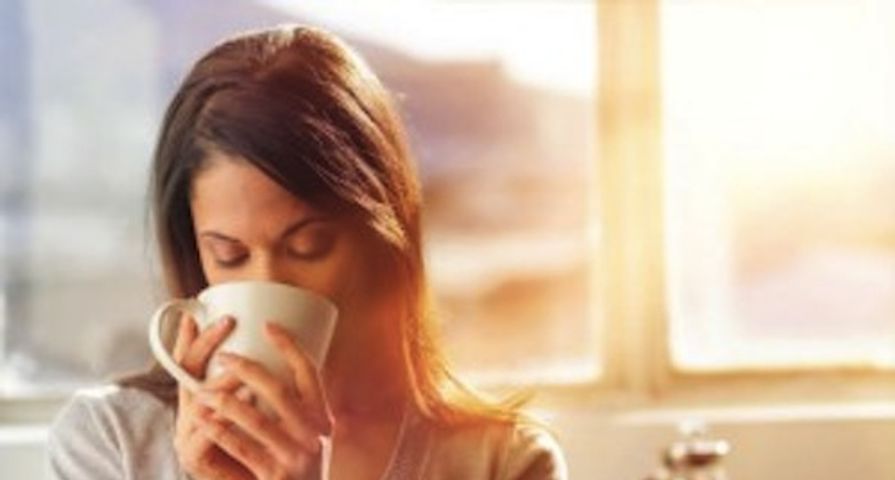 A Cup of Coffee A Day Can Keep Dementia at Bay: Report
Caffeine occurs naturally in beans and plants, which we consume in a variety of different foods and drinks – the most common being coffee, tea, energy drinks, carbonated beverages and chocolate. All delicious I might add! But since caffeine is a drug, it is important to know the effects it has on your body and overall health.

There’s always a constant argument if caffeine is good for you or bad for you. Should you consume it or should you not consume it? There are a bunch of foods that have pros and cons in regards to consuming them – it’s up to you whether the pros outweigh the cons!

Here are 8 pros and cons about caffeine…

1. Pro: It Gives You Energy

Most people know that caffeine is a stimulant drug – this means it affects the central nervous system by giving you energy! This can be helpful in a number of ways. Drinks like coffee are more of a morning drink because it provides you that little kick you need to get started in the morning. In an article written in Medical news Today, the US Food and Drug Administration (FDA), claims on average, people consume 300mg of caffeine per day, which is approximately 2-4 cups of coffee.

According to the article, caffeine can start taking effect as soon as 15 minutes after it is consumed and can last up to approximately 6 hours. This is great news because it can help us focus on mental and physical tasks for a prolonged period of time. Bodybuilders often consume caffeine in pre-workout supplements or even in a cup of coffee within an hour before training to maximize the effects of their workout.

Surprisingly, caffeine has the ability to boost your metabolism. It does this through a process called thermogenesis which the Mayo Clinic describes as the body generating heat and energy from digesting food. This process helps you burn more calories while you’re resting.  It is also an active ingredient in over the counter weight loss drugs for this purpose as well as providing more energy and focus in a workout setting.

The Mayo Clinic describes that caffeine is also responsible for appetite suppression. So if you’re looking to lose some weight, consuming caffeine might suppress any urges to snack at unnecessary times. However, caffeinated beverages are either often sugary (pop and energy drinks, or added cream and sugar in coffee) so if you’re not paying attention to the nutritional information on the labels, you might not be reaping the benefits of appetite suppression.

3. Pro: It is NOT Dehydrating

Contrary to popular belief, caffeine is not dehydrating! I’m sure this comes as major relief to all the coffee drinkers out there. Caffeine was thought to have been dehydrating because it is a mild diuretic, which makes you urinate frequently. However, just because you are releasing lots of fluids, doesn’t mean you are dehydrated. If you were to drink lots of water it too would not dehydrate you. That being said, as a diuretic, caffeine does help you lose some excess water weight which will make the number on the scale go down a bit!

It should be noted that just because caffeine isn’t dehydrating, doesn’t mean that you should omit drinking enough water throughout the day. Caffeinated beverages also include other ingredients that you may want to limit or consume in moderation.

As a stimulant caffeine keeps you awake and alert – which is why it can cause insomnia if you consume it too late in the day. WebMD explains how caffeine is a substance that has a short half life. It gets absorbed into your body fast and is also processed and leaves the body quickly too. In terms of half-life, it should take approximately 5-7 hours for your body to get rid of half of it. Having full caffeinated coffee later in the afternoon might affect your sleep but having a few cups of coffee in the morning shouldn’t interfere with a good night’s sleep!

However, caffeine affects everyone differently so it is best to monitor how it affects your sleeping patterns to ensure you get enough sleep.

5. Pro and Con: Can Prevent/Cause Headaches

This one may seem strange – how can caffeine both help and cause a headache? Well, surprisingly enough, caffeine is a common ingredient in painkillers. If you take medications such as Tylenol Ultra, Midol or Excedrin Migraine, you’ll notice that caffeine is an active ingredient in all the medications. According to WebMD, this is because caffeine helps reduce inflammation which causes headaches and migraines. As an added ingredient to these medications, caffeine can cause them to be 40% more effective! WebMD also notes that there is a race condition by the name of hypnic headaches which responds well to caffeine so doctors often recommend a cup of coffee for relief.

On the other side of the spectrum, what allows caffeine to relieve headache pain may also cause headaches. The same article from WebMD states that caffeine narrows the blood vessels surrounding our brains – but when we stop taking or consuming it, they thicken again. This is one of the reasons why headaches are often caused from caffeine withdrawals.

There has been several studies that show that caffeine has been linked to preventing some major diseases. WebMD notes that caffeine reduces the risk of Parkinson’s disease. It does this by, “blocking receptors for adenosine, a neurotransmitter that plays a role in motor function.” If you are a coffee drinker, it contains antioxidants that has been known to reduce the risk of certain cancers such as, colon and liver cancer, as well as gallstones.

The same WebMD article states that for women drinking six cups of coffee or more daily will cut the risk of type II diabetes by 30% and in half for men.

7. Con: It Can Raise Blood Pressure

Caffeine has been known to raise blood pressure but researchers are still unsure why this is. In an article from the Mayo Clinic by Sheldon G. Sheps, M.D. he notes that caffeine causes a dramatic, although short increase in blood pressure even if you don’t currently suffer from hypertension.

He suggests that this increase in blood pressure might be caused by the caffeine blocking a hormone that keeps your arteries widened. However, people who drink caffeine on a regular basis develop a tolerance to its effects. However, Dr. Sheps notes that caffeine has a stronger blood pressure increasing effect in overweight men over the age of 70. For those with high blood pressure, it’s recommended to consume caffeine in small doses and to check your blood pressure shortly after to measure its effects on your body.

Although there are some health benefits to consuming caffeine, there is such a thing as too much of a good thing! Ingesting too much caffeine can make you irritably, restless, nervous, and increase your heartbeat. Health Canada recommends that adults consume approximately 400mg per day. This is equivalent to 3 8oz cups of regular strength coffee or 6 8oz cups of tea.

Children are a much different story! Health Canada recommends that children 12 and under only consume 2.5mg per kg of body weight. That would mean that children 10-12 years old should consume approximately 85 mg per day. Even younger children, aged 4-6 should only consume approximately 45 mg per day. To put this into perspective, a can of a carbonated beverage like pop or cola typically contains around 30 mg of caffeine and a chocolate bar contain 10 mg. For kids who shouldn’t consume too much caffeine, you can see it adds up quickly and should be monitored.