7 Key Differences and Similarities of Strokes and Aneurysms 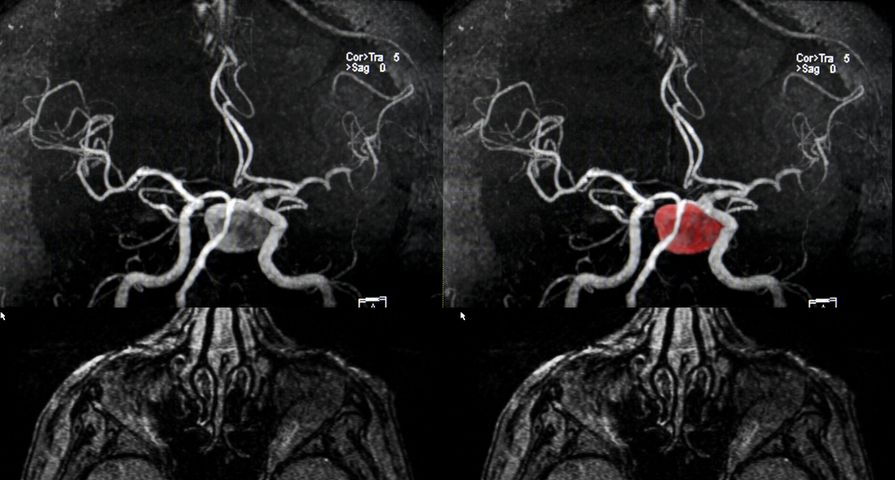 Fascinating Things About The Brain
No matter how you look at brain aneurysms or strokes, they’re not good news. While some of the symptoms are similar, it’s a race against the clock for medical professionals to determine what they’re dealing with to limit the damage.

Both of these medical events can cause weakness in muscles and vision problems, but there are other key characteristics of both that make them easier to identify. Let’s take a closer look to identify seven similarities and differences between a brain aneurysm and a stroke…

According to the American Heart Association, an aneurysm refers to an enlarged blood vessel, but the patient may not be aware of a problem until it bursts or bleeds.

The source notes that 1.5-percent of the U.S. population can develop a cerebral (brain) aneurysm at some point (around 5-million people), but only around 3-percent of those people will experience bleeding into the brain.

Slurring or mumbling words are often early symptoms of a stroke. The National Stroke Association explains a common condition following a stroke is aphasia, which affects the patient’s ability to communicate due to the resulting brain damage. It can also cause a stroke victim to have trouble understanding what others are saying.

The good news is, according to the source, a full recovery is often possible from this stroke side effect. Some of the techniques used to help rebuild communication skills include melodic intonation (singing), art therapy, and group therapy. Speaking skills can still be impacted by an aneurysm, regardless of whether it has ruptured.

3. They Aren’t Caused by the Same Underlying Conditions

HealthLine.com explains that a cerebral aneurysm is usually the result of a damaged artery. This can occur from an accident (trauma), a health condition, or a vascular problem from birth, explains the source.

In contrast, an ischemic stroke (the most common type of stroke) is usually the result of “plaque” built up in an artery, the result of too much “bad” cholesterol. This is why it’s good to ask your doctor to monitor your cholesterol levels. Congenital heart defects can also increase risk of stroke by allowing a blood clot to travel to the brain.

4. Aneurysms are More Likely to Cause Vomiting

Symptoms that show up repeatedly for aneurysms as opposed to a stroke include nausea and vomiting. While strokes can cause a headache, the Mayo Clinic says the “worst headache ever experienced” can be common with aneurysms.

It’s not clear it this massive headache is directly responsible for the vomiting, but if you think back to some of your worse headaches—you probably felt a bit uneasy in your stomach too (especially if it was following a night of celebrating).

5. They Both Come in Varying Forms

While cerebral aneurysms are one of the main focuses so far, they aren’t the only type of this health event. Other variations include the abdominal aortic aneurysm, which causes ballooning of the heart’s aorta (most common in men over 60) and the thoracic aortic aneurysm, which affects the portion of aorta that passes through the chest.

Meanwhile, there are 3-main types of stroke, notes the American Heart Association. These include the aforementioned ischemic stroke, as well the hemorrhagic stroke (from a weakened blood vessel) and the transient ischemic attack caused by a “temporary clot”. The latter is also referred to as a “mini stroke” and should still be taken very seriously.

6. Brain Aneurysms Can be Detected Before Ruptures

The Mayo Clinic explains that there are certain symptoms of an aneurysm that may drive you to see your doctor, including pain behind the eyes, vision problems or even paralysis on one side of your face. The source notes the same tests to pinpoint a bleeding aneurysm can be used to detect an aneurysm that hasn’t burst.

Diagnostic tests include a CT scan, which is usually the first tool that medical teams use to find an aneurysm. The clinic warns that imaging tests to find unruptured aneurysms are not usually recommended, unless you have a family history of ruptured aneurysms or a congenital defect that raises the risk. Meanwhile, a brain scan of a mini-stroke victim can help determine if another stroke is likely.

7. An Aneurysm Can Cause a Stroke

Perhaps a bit confusing, we know—but as Healthline points out, a hemorrhagic stroke is the result of a burst aneurysm, although they’re not the same thing. This is perhaps what leads many people to use the terms interchangeably.

The source explains that a stroke is the medical term for any time there’s blood flow loss to a part of the brain. In this example, the stroke is the result of a cerebral aneurysm bursting, allowing blood to leak out into surrounding tissues. “The hole in the artery wall means blood flow is reduced farther downstream,” adds the source.

Facts and Symptoms of a Brain Aneurysm
X