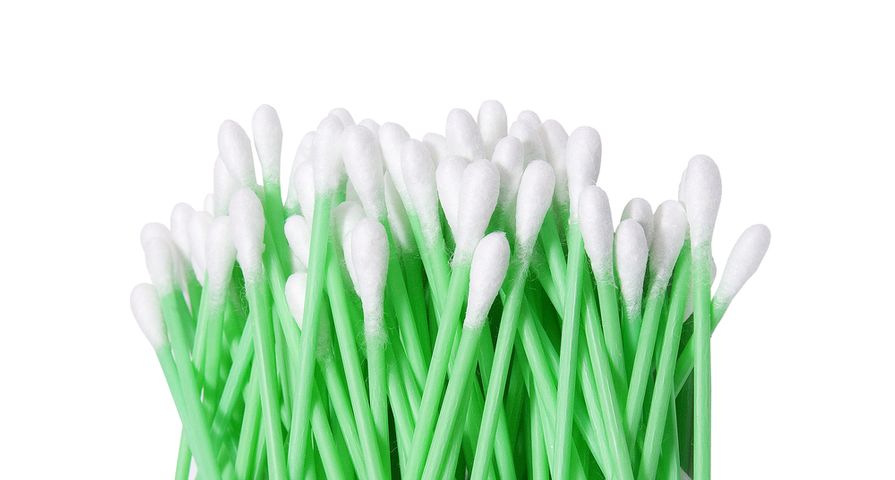 When it comes to inadvertently hurting ourselves, it can happen in so many different ways – whether it’s an accident like tripping, or a bad habit that leads to damage. However, emergency rooms across the U.S. see a variety of somewhat stranger injuries that could happen on any given day – and should be taken seriously.

Some of these may seem a bit funny, but trust us, it’s surely not funny to the people experiencing the injury. While you can take everyday precautions to stay safe, here are seven injuries that you may have not considered, or even heard of…

A recent article on Self.com explains that avocado sales have boosted in the past few years – “the reasoning is clear: avocado is delicious” – but along with this trend, the seemingly bizarre “avocado hand” is growing as well.

Basically, this injury entails accidentally stabbing your hands or fingers when trying to cut into an avocado to remove the pit, according to the source. At least one doctor sourced in the article says they see around 5-patients per month experiencing this problem.

A post on Peak Fitness (Mercola.com) notes that about half of women in the U.S. walk in high heels (and own an average of 9-pairs of these each, but that’s another topic). Of course, there’s the discomfort from wearing them for long periods of time (71-percent of women surveyed say so), but there could be some more serious problems related to heels.

Apparently, from the year 2002 to 2012, more than 123,000 injuries from wearing high heels were treated in emergency rooms across the U.S., according to the source. These injuries include sprains and strains, as well as injuries to the head and other body parts presumably from falling. Surprisingly, the age group with the most injuries was 20 to 29, and the injuries “typically occurred while in the home”.

A variety of sources report everyday folks who end up in hospitals with glue in their eyes – the reason? They mistake glue bottles for eye drops, which can be roughly the same size and shape containers. “Inadvertent ocular cyanoacrylate,” as it’s called by BMJ Case Reports based in the UK, “has been reported frequently since 1982 when superglue was repackaged into ophthalmic style dropper bottles”.

Meanwhile, other sources note how effective glue (“super glue” in particular) can be to close minor flesh wounds. However, it’s still best to go to the hospital or use actual bandages to close wounds rather than glue, although apparently cyanoacrylate (super glue) was used in field surgery during the Vietnam War. It was later rejected for this use by the Food and Drug Administration due to unknown toxicity and possible other side effects, notes RealFirstAid, also in the UK.

This has been called a “global epidemic” by – wait for it – the Text Neck Institute in Florida. And we do not doubt it – all you have to do is walk down the street (without staring at a phone) to see how many people are bending their heads down staring at their phones.

“Of the 6 billion people in the world, over 4 billion have mobile phones. Texting has become the dominant form of communication,” notes the source. If not treated by a doctor, strain from text neck can lead to “serious permanent damage” from spinal degeneration, herniated discs, early arthritis and more, notes the institute.

Not only can you get repetitive strain injuries from staring at a phone, you can also run into other hazards thanks to your handheld technology. Healthline.com notes that people walking and texting, not paying attention to the world around them, are bumping into walls, falling down stairs, and even stepping into traffic. The recent “Pokemon Go” mobile scavenger hunt game made things worse, adds the source (although that fad seems to have faded).

Injuries are also happening just by talking on the phone, or listening to music, adds the source. In 2010 alone, an estimated 1,500 pedestrians across the country were treated in emergency for injuries related to “using their cell phones while walking,” explains the source. We can only imagine what those numbers are now.

Playing games through a gaming device on a big-screen television have been popular for years, and while there are some games that actually can be healthy (namely the ones that get you up and dancing, for example) there are others that can pose health risks over time.

According to MakeUseOf.com, playing video games regularly can lead to a number of problems including carpal tunnel (which can immobilize your hand), eyestrain, headaches, and even pulled muscles from not warming up prior to taking on those aforementioned physical games.

Another recent report said that the simple act of cleaning your ears with cotton-tipped applicators could be hazardous to your health. Refinery29.com says in an article that using items like Q-tips for this purpose sends “dozens of children to the emergency room every single day”. The cases involved obstructions being left in the ear and ruptured eardrums.

Apparently ears are self-cleaning, and the cotton applicators were known to cause harm to babies’ ears as early as the 1920’s, notes the source. However, another source, MyNorthwest.com, explains there are a number of useful purposes for Q-tips – such as coating the tip with a bit of petroleum jelly to help start a campfire. It’s apparently also good for getting small bugs out of your eye, adds the source.