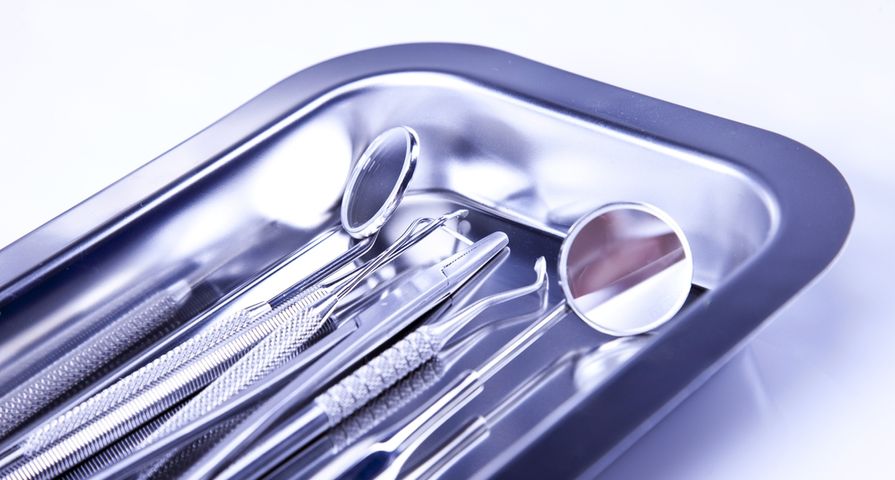 Tips Every Patient Should Know About Invisalign Braces

Going to the dentist for some people is like, well…pulling teeth. However, by ignoring your oral health for prolonged periods of time, you can end up with problems that go far beyond just stained teeth.

Aside from gum disease and even oral cancer, there are a number of health problems you may not know can be traced back to having poor dental hygiene or damaged and missing teeth. Here are seven lesser-known conditions that can be caused by skipping your dental appointments…

Having damaged, missing or even painful teeth can mean you’re not chewing your food properly, or you’re limiting the types of food you can eat. While most adults have 32 teeth, The Canadian Obesity Network reports that if you have 21 teeth or less, you are at higher risk of obesity due to your inability to chew your meals properly.

Part of the problem is that you may be more partial to foods that are easier to chew, which include high-fat options like fast food. Foods that are nutritious and high in fiber (i.e., apples) aren’t so easy to swallow when your teeth aren’t up to the job.

Pros and Cons of Invisalign Braces

According to the UK’s Daily Mail, tooth loss has been connected to a higher chance of developing diabetes—an 11-percent higher risk, to be more precise. This is due to inflammation in the bloodstream. Diabetes is the body’s inability to regulate its blood sugar, which can lead to more major health problems.

To make matters worse, once you have diabetes, your chance of developing more serious oral health issues actually increases as well. The Mayo Clinic notes that having higher blood sugar also leads to more tooth decay, gum disease, and other oral conditions.

You may not believe there’s a link between your teeth and your heart, but the American Dental Association (ADA) says a number of studies link poor oral health with poor heart health, although the reasons aren’t yet exactly known.

While there is no hard scientific evidence to support whether bad oral hygiene contributes to a weaker heart, the ADA says you should still regard your teeth and gums as the gateway to diseases including those affecting your heart. Further studies are being performed by various groups to prove the link.

If you’re a pregnant woman, having poor oral health or gum disease can not only affect you, but also your next generation, according to Health Canada.

The Canadian government body states that studies are currently underway to link poor oral health to premature births as well as low birth weight. Pre-term babies are at a higher risk of facing development barriers, infections, abnormalities and even infant death, according to Health Canada.

5. Weakening of the Bones

Osteoporosis is a serious condition that causes your bones to become brittle, so you are much more likely to suffer a serious injury due to a fall or even from carrying out your daily routine.

The Mayo Clinic says there may be a link between osteoporosis—which affects your entire body—and the loss of teeth and periodontal bone that supports the teeth. Several studies support the fact that people with tooth loss and periodontal bone deficiencies also tend to show signs of a weakening skeleton in other parts of the body.

Health Canada attributes some breathing problems with gum disease, which is caused by plaque that is actually a layer of bacteria that isn’t friendly to your mouth. Health Canada notes that bad bacteria can actually make its way from your mouth to your lungs, which is bad news for those with existing respiratory ailments and also for those with previously healthy lungs.

The respiratory difficulties from poor oral health particularly affects the elderly, but that doesn’t mean people of any age can be left gasping for air due to complications from gum disease that has gone untreated. If you’re having a hard time catching your breath lately, you may also want to see your dentist after consulting your physician.

Oral Health Tips From the Mouths of Dental Hygienists

That’s right, even your mental health can be negatively affected without the regular supervision of a dentist. The Alzheimer’s Society points to the importance of maintaining your oral health to help stave off the effects of Dementia, which causes confusion and memory loss. For those reasons, it’s also much more difficult for those with Dementia to maintain a proper oral care routine.

The University of Central Lancashire School of Medicine and Dentistry also conducted a study that pinpointed bacteria from gum disease in the brain. The study found that of the 10 people with Dementia (and 10 without), almost half of those affected with the mental disorder had a particular type of bacteria, called Porphyromonas gingivalis, show up in their brains.