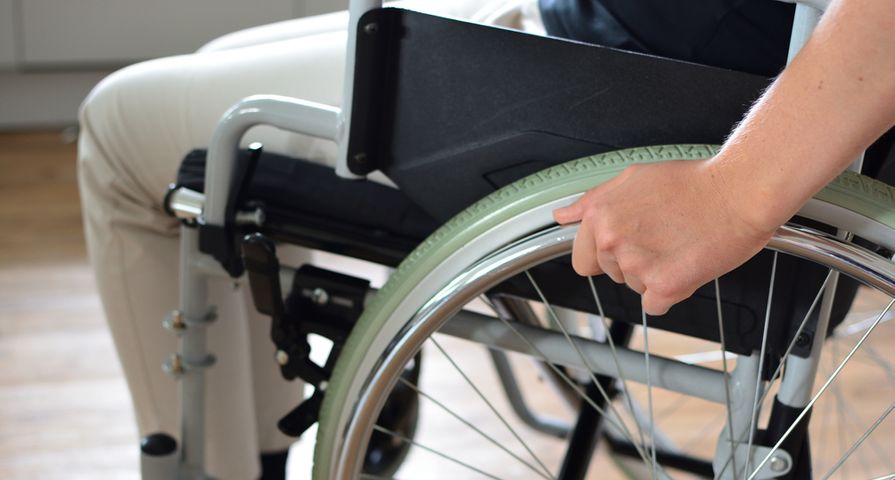 Multiple Sclerosis (MS) is an autoimmune disease that can have varying neurological symptoms from one patient to the next – ranging from minor disturbances in some patients to loss of coordination and the ability to walk.

The Mayo Clinic says MS destroys the coating of nerves and spinal cord (the immune system mistakenly attacks healthy cells). Losing this coating, called myelin, means the signals traveling along the nerve can be disrupted. While advancements are being made to manage the disease, the exact cause still isn’t known. However, here are six risk factors for developing MS…

Your ethnicity and where you live seem to have a big impact on the incidence of MS. The Mayo Clinic explains white people of Northern European descent are the highest risk group, while those of Asian, African and Native American background are in the lowest risk groups.

Meanwhile, MS is more prevalent in countries that have a temperate climate – namely the northern U.S., New Zealand, southeastern Australia and Europe, notes the source. The disease is also relatively common in Canada based on population. Those who move from a low-risk area of the world to a higher-risk area in childhood will face the same risk levels as others who are native to the country, sources add.

Health.com said there is a “growing body of evidence” that Epstein-Barr virus (EBV), which causes mononucleosis, may be an MS trigger. Mono is a saliva-transmitted virus, which is why it has been nicknamed the “kissing disease”. It’s not usually overly serious on its own – sore throat and fever are 2-symproms, notes the source.

It cites a study by the Journal of the American Medial Association that shows higher levels of EBV antibodies in patients with MS. Wayne State University also found a correlation between EBV history and MS prevalence. Health.com said the exact cause and effect of EBV and MS hasn’t been established, but “a relationship is clearly present”.

A number of sources, including the New York Times, explain that “extreme grief” such as that experienced by parents who have lost a child unexpectedly will increase MS risk dramatically. In fact, the article notes parents of children who have passed away without warning are 2-times as likely to develop MS in the next decade.

The source notes stress has been identified as a possible factor of MS, but that since everyone experiences varying levels of stress, it may only be extreme stress that leads to the disease. The statistics used were from the national health registry in Denmark, it adds. The source adds the study team looked at records of new MS cases among bereaved parents to compare to incidence of MS among parents who did not lose a child. It found that while all bereaved parents were at 50-percent higher risk, it was even higher for parents of healthy children who died suddenly (from an accident or another event).

WebMD says there are researchers who believe family history plays a role in the chances of developing MS. It notes even 3rd-degree relatives of someone with MS is at higher risk, while a sibling of a patient has a 2 to 5-percent of developing the disease.

The source notes that some people are born with a “general predisposition” to being triggered by certain environmental factors, while others believe there’s more than 1-gene responsible for being at higher risk. “Sophisticated new techniques for identifying genes may help answer questions about the role of genetics in the development of MS,” it adds.

The National Multiple Sclerosis Society says that Vitamin D levels may affect MS risk – which might not be a surprise, as those living closer to the equator are at lower risk of developing the disease. Areas near the equator receive more sunlight per year on average, and sunlight is responsible for producing Vitamin D.

The source explains that Vitamin D is thought to have immunity properties, and helps guard against “immune-mediated diseases” such as MS. The relationship between sunlight exposure and MS risk is being studied in Australia, it adds.

It was known in the past that smoking can aggravate symptoms of MS, but VeryWell.com explains that smoking regularly may actually spark MS in the first place. In fact, the source explains that Norwegian researchers “first demonstrated a clear association between smoking and the risk of MS” almost 15-years ago.

The study found that of more than 22,000-study subjects, the risk of developing MS was 2-times higher among smokers compared to those who had never lit up. Scientists at the Harvard School of Public Health believe risk factor is tied to a combination of smoking, genetics, and exposure to the mono virus (mentioned earlier). Those with MS who quit smoking may still be able to slow the progression of the disease, adds the source.