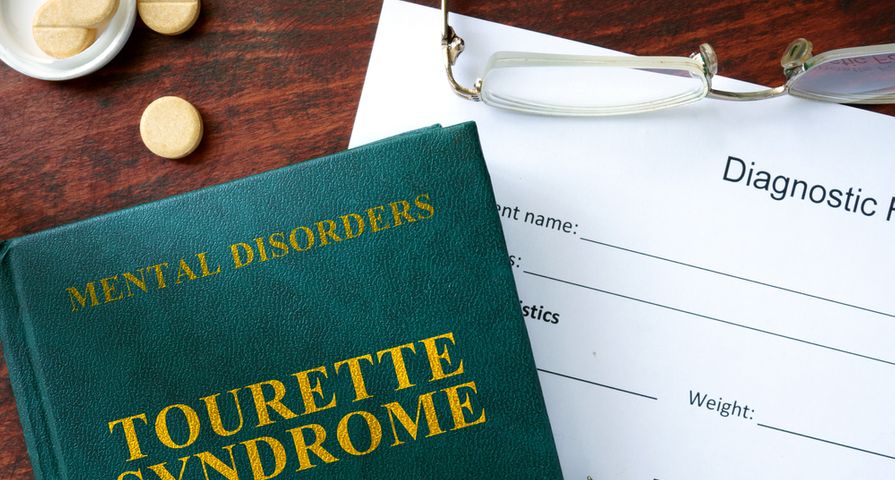 Everyone has a round of twitches or tics at some point or another, but when they become chronic then it may be a reason to go see the doc. Not only are they annoying, tics and twitches can be embarrassing and interfere with daily life.

However, let’s differentiate between tics and twitches. The later characterizes when your leg or arm or eyelid starts pulsing, and you have no control over it—otherwise known as an “involuntary” movement. Tics are considered “unvoluntary” and are hard to suppress, but it’s possible to do so. Let’s look at six healthy reasons for various tics and twitches…

A lack of water in our system can wreak havoc in strange ways, and an annoying repetitive muscle spasm can be one of them. According to Livestrong.com, not drinking enough fluids can cause contractions in muscle fibers.

The website notes that women should drink 91-ounces of fluids a day, and men should gulp 125-ounces (that are non-caffeinated). This number increases if you’re taking part in exercise and sweating a lot. The fluids don’t all have to come from a glass. For instance, fruits and vegetables also contain high water content and can be added to the regime.

This is an essential mineral, however many of us have inadequate amounts of magnesium. According to the Connective Tissue Disorder Site (CTDS), low magnesium can cause facial tics in children. These facial tics can be a sign of Tourette syndrome in some cases.

However, by changing your diet to include more magnesium (or taking quality supplements) you can alleviate some of these symptoms, according to the CTDS. Foods that contain magnesium naturally include almonds, sunflower seeds, and certain beans. If you’re giving your child a lot of milk, the calcium content must be balanced with magnesium for optimal health and absorption.

In some cases, if a child has visible tics (such as unusual eye blinking or shrugging) coupled with vocal tics (making random sounds), they may have Tourette syndrome. This (non-fatal) neuropsychiatric condition affects roughly 1-percent of the population, according to Tourette Canada.

According to the organization, Tourette is a genetic disorder. While Tourette is an extreme example of a cause for tics, not all people with tics have the syndrome. Tourette affects each patient differently so there are no completely consistent symptoms, noted Tourette Canada.

While many children may develop some kind of nervous tic, they could disappear as quickly as they appeared in the case of Transient Tic Disorder. According to Healthline.com, while your child may be blinking uncontrollably or displaying other odd repeated behavior, the symptoms could be gone within a year.

According to the website, there is actually no known cause of this temporary tic disorder, as no studies have successfully made links (although some research suggests it could be misfiring neurotransmitters in the brain). Medications could be effective to treat the disorder, or you can wait it out and see if it disappears on its own.

According to Healthline.com, twitches could be an early sign of the neurological disease, Multiple Sclerosis, which is commonly referred to as MS. This disease can have catastrophic results and even lead to death. MS symptoms can manifest differently in each patient.

Muscle spasms are a common indicator of MS, although it is also commonly associated with chronic pain (“regular” twitches don’t necessarily come with discomfort and can even go unnoticed). The twitches associated with MS can be minor or very severe that travel through the entire body. If symptoms persist, visit a doctor for a proper diagnosis.

The Mayo Clinic explains that those annoying eyelid twitches can be a sign of (mainly harmless) blepharospasm that can also be categorized by dry eyes and light sensitivity. While annoying, these twitches are nothing to be too concerned about.

However, in some rare cases, eye twitches could be a sign of a bigger brain and/or nervous system disorder, adds the Mayo Clinic. However, if the problem is more serious, it is usually accompanied by other unpleasant conditions such as Bell’s Palsy (drooping of the eyelid or side of your face). If you have unusual symptoms aside from annoying eye twitches, it’s best to get it checked out by a medical professional.