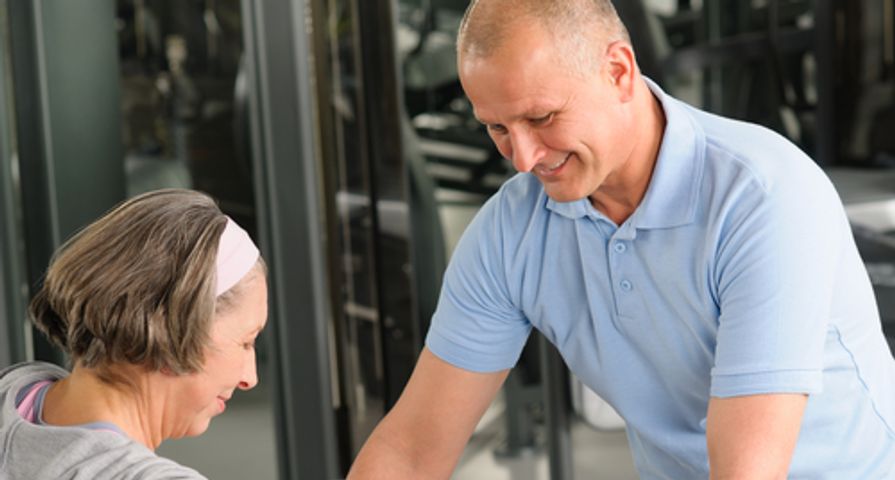 Myths About Arthritis
Arthritis is a painful, often debilitating disease that can cause swelling, stiffness and pain of the joints that can limit movement. However, within the millions of cases of arthritis in the U.S., there are many subcategories that are a little bit different.

However, the two main types of the disease are rheumatoid arthritis and osteoarthritis. While they are often similar in symptoms, it’s important to be able to differentiate between the two so the proper treatment can be given. Here are six key differences between the two…

A post on the U.S. Library of Medicine explains that osteoarthritis is “the most common joint disorder in the United States”. How common? Osteoarthritis of the knee occurs in 10-percent of men and 13-percent of women aged 60-and older, according to the source. This number is only expected to increase as the population ages and obesity increases, it adds.

2. The Cause is Different

Osteoarthritis usually starts later in life because it’s the result of wear and tear on joints, according to WebMD. Meanwhile, rheumatoid arthritis is an autoimmune disease, meaning the body’s own defenses attack joints and cause problems.

To diagnose osteoarthritis, a doctor will collect your medical history and inspect the location of the pain. Meanwhile, rheumatoid arthritis can be more difficult to diagnose in the early stages, as there is “no one blood test or physical finding to confirm the diagnosis,” notes the Mayo Clinic. However, while blood tests usually aren’t helpful to detect osteoarthritis, a patient with rheumatoid arthritis could have specific markers in the blood that point to inflammation in the body, it adds.

3. Osteoarthritis Creeps Up on You

You may not even notice your joints wearing down from wear and tear until the pain really sets in – that’s why it can take years for osteoarthritis to set in, or at least trigger a diagnosis.

Meanwhile, rheumatoid arthritis tends to move more quickly (from weeks to months) according to WebMD. However, as noted earlier, it can take some time to pinpoint the disease and it’s sometimes confused with illnesses that have similar early symptoms.

Those with osteoarthritis are more likely to experience pain in a specific part of the body – for example, a chronically sore left knee. Meanwhile, those with rheumatoid arthritis can have symptoms throughout their entire body, as it’s a systemic disease, notes Healthline.com.

That being said, rheumatoid arthritis will have symmetrical symptoms – for example, both hands will be sore. It can also present other symptoms outside of joint pain that include low-grade fevers, muscle aches and excessive fatigue, adds the source.

Arthritis Research UK notes that a study of a “large group” of people with rheumatoid arthritis determined that 5-percent will “develop severe disease with extensive disability”.

Aside from that, the source explains that those with this type of arthritis are at a slightly higher risk of stroke or heart attack. Those with rheumatoid arthritis can actually go long periods of time between “flare-ups,” although damage can still occur during these times, according to the source.

Because the underlying causes are different for both diseases, doctors should approach treatment for them differently. While some of the same drugs such as corticosteroid medications can help reduce pain for both types, drugs that suppress the immune system are generally prescribed for rheumatoid arthritis to prevent further damage.

A recent article from MedicineNet explains the earlier the rheumatoid version is treated, the better the patient will fare over time. “Patients who were treated within six months of developing the first signs of the autoimmune disease did better in the long run and were less likely to suffer early death,” it explains.