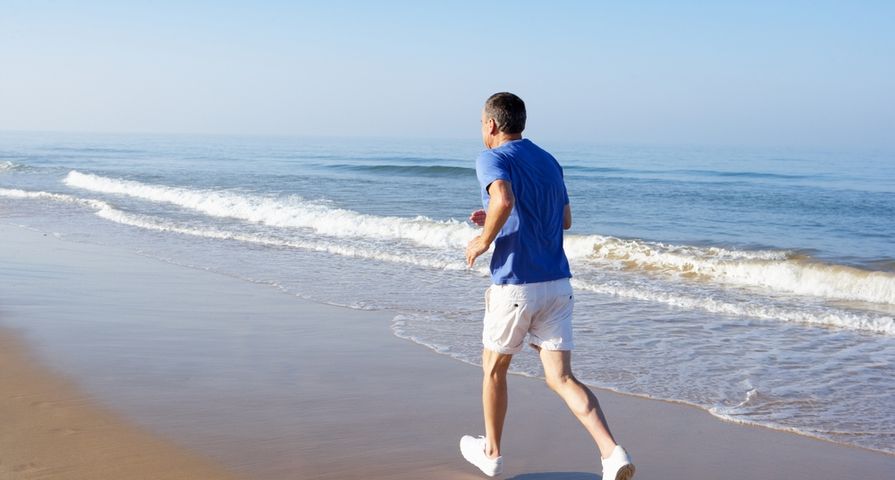 Common Signs and Symptoms of Menopause

When you hear the word menopause, your thoughts most likely go to women.  However, the reality is that men can be affected by their own type of menopause, or adropause, as well.

Male menopause doesn’t cause the same symptoms as it does in women. Men affected by it won’t suffer hot flashes, hormones to plummet in a short period of time, and it obviously doesn’t signal the end of ovulation.

The term “male menopause” actually characterizes the age-related hormone changes that gradually take place in all men as they age. In particular this natural transition affects a man’s testosterone levels, which is why doctors also refer to this stage as testosterone deficiency.

Andropause may happen so gradually or subtly that some might not even notice the transition taking place at all.  However, for other men, especially those with poor diets and activity levels may be hit harder with the variety of male-specific symptoms—including a reduction in libdo, sexual function, energy level, and irrational mood swings.

1. Andropause Can Affect Men As Early As 40 Years of Age

Depending on a number of factors, including diet, activity level, and genetics—testosterone can begin to decline as early as age 40 through to age 70. It’s common knowledge that older men tend to have lower testosterone levels compared to younger men.

As the male body ages, testosterone levels gradually start a steady decline that can begin as early as age 30 without any related symptoms. The hormone will decrease by approximately about 1-percent per year with many men noticing the affects between the ages of 40 and 50-years old. By the time most men reach age 70, their testosterone levels have lessened by 50-percent.

While most men’s testosterone levels decline so gradually that they don’t notice any symptoms; for other men the decline in the hormone might be faster or cause noticeable symptoms that most typically affect sexual function and libido. For instance, lowered sex drive, erectile dysfunction, and infertility may present themselves during male menopause.

Another common sign of andropause is insomnia, trouble falling asleep, disturbed sleep, or interrupted sleep patterns (i.e., you may suddenly require more sleep or rise earlier). Some men also complain of low energy and fatigue throughout the day.

One way that andropause is similar to menopause is reflected in the unexplained emotional changes that it can create. For instance, reduced hormones, like testosterone, can cause the blues or more severe depression. It may also cause memory loss, which can make those affected embarrassed and irritated. Many men also feel a loss in self-confidence, which can be written off inaccurately as a “mid-life crisis”.

Another way that menopause is similar to andropause is that both can cause sudden weight gain or increased body fat, particularly around the midsection of men and women.  This is because a loss of testosterone can cause deterioration of muscle tissue and bone loss in both men and women.

7. The Lesser Discussed Symptoms of Andropause…

Men are often embarrassed or hesitant to bring up andropause symptoms with a health professional if they experience shrinking testes, swollen breasts (a condition called gynecomastia), and loss of body hair.

8. The Causes of Male Menopause

The decrease in testosterone levels that causes the majority of andropause symptoms is mostly gradual and the result of natural aging. However, those men who experience more severe symptoms may experience them due to age-unassociated health issues—such as an existing health condition or certain medications taken for an unrelated condition, alcohol or drug abuse, poor diet, or a thyroid condition.

If you bring your symptoms to the attention of your doctor, he or she may recommend a blood test to diagnose that you are experiencing testosterone decline. A blood test is the only method available to men to confirm low testosterone or a decline in the bioavailability of your testosterone hormone levels.

10. The Option of Testosterone Replacement Therapy

Although testosterone replacement therapy is on the rise for men affected by declining hormone levels are low, it is linked to health risks, including a heightened risk of prostate cancer. Typically, a doctor will recommend natural lifestyle changes—including diet, exercise, and antidepressant medications—to soothe associated depression, reduced libido, plummeting energy levels, and sexual dysfunction.

The best way to ensure that your testosterone levels will decline so gradually that you won’t experience symptoms is to maintain a healthy lifestyle. For instance, studies show that men who are physically active and consume a balanced, healthy diet maintain endurance, energy, bone and muscle strength, and experience less mood swings than men who are inactive and consume a poor diet into their 30s and 40s.