10 Truths About the Measles Outbreak 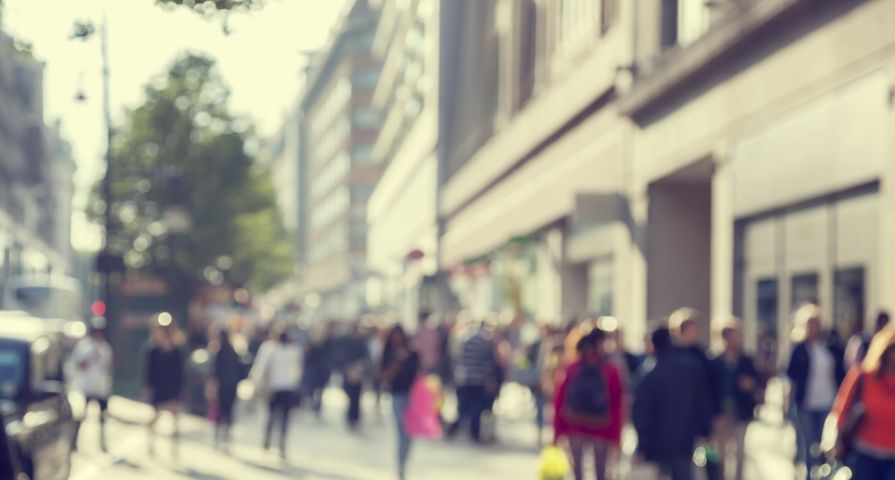 Measles is highly contagious, and understanding the virus and what you can do to protect yourself, family, and others around you is important for the health and safety of people worldwide. Like many other viruses, measles outbreaks come and go. Though North America doesn’t typically report many cases of the measles each year, the last few months and past year indicate a pattern of more and more outbreaks. Coupled with the unfounded claims that the measles vaccine causes associated health problems, there’s been an increase of people at risk—who in turn, put others at risk.

Measles is not a disease that usually makes headlines anymore in North America simply because of the amount of people vaccinated— once the vaccine came out, the number of cases dropped drastically. However, over the last year or so with the recent measles outbreak this has changed. It’s always a bit of a shock when an outbreak occurs somewhere it doesn’t normally. Such is the case of the latest measles outbreak at Disneyland, California, which has displayed just how infectious the measles virus is, how fast it spreads, and how severely ill people can become.

The number of confirmed cases (of those infected at Disneyland during the outbreak) continues to rise. All associated Disneyland cases have been traced back to just one woman who wasn’t vaccinated and caught the virus. It’s amazingly scary that one infected woman has lead to over 50 infections—and the outbreak isn’t likely to stop there. Since Disneyland is a vacation spot, people who visited and were infected have now traveled back home, placing contagious carriers in several states.

The recent history of measles cases in North America typically stem from someone who became infected while abroad because, with so many people vaccinated here, the disease isn’t nearly as common. Many believe the spread is then the fault of those who immigrate and bring the virus over from other countries. While it’s true that a lot of people contract the virus during vacations abroad, the spread has more to do with groups or communities who refuse to get vaccinated for highly contagious diseases like the measles.

Communities of people who decline vaccinations can be found in several areas and states, and you probably know someone who has anti-vaccination views and refuses to get their children immunized. These people are highly susceptible to contracting diseases, especially those that are airborne. An infected individual will easily pass the virus on to others who aren’t vaccinated. The people in your community and the choices they make can spread the virus and cause outbreaks.

3. Vaccinations Are Safe and Vital

If the latest outbreak teaches us anything, it’s the importance of getting the measles vaccination, MMR (measles, mumps, and rubella). Major government health agencies both in North America and worldwide agree that being vaccinated is the best way to prevent getting the disease. Unfortunately, the vaccination debate in developed countries seems to have risen to a new high. Both sides are advocating louder, likely from surprise outbreaks we’ve seen over the past few years.

Many don’t fully understand the bigger picture and depth of risk associated with not being vaccinated. Not only can some diseases like the measles be deadly—you’re putting more than just yourself at risk. With the virus being highly contagious, your decision not to vaccinate could cause those around you to contract the disease and become seriously ill or die. Knowing these risks is important to make the best and safest decision.

4. Most Reported Measles Cases Since 2000

Before vaccinations became available, people anywhere in the world were at a fairly high risk of getting measles. The World Health Organization reported that before the vaccinations became widespread in 1980, the virus was responsible for 2.6 million deaths worldwide. In contrast, only 145,000 people died from the measles in 2013. This difference is due to vaccines, the most effective, easiest and cheapest way to avoid contracting the virus.

With the drastic drop in reported cases over the years, the U.S. declared measles erradicated from the country in 2000. However, in 2014 there were 644 reported cases, the most reported cases since that declaration and a huge jump compared to the previous decade. The CDC reports 121 cases already this year, after an outbreak in late December at Disneyland, California. It’s believed many of the new cases may be due to this outbreak and the numbers may keep rising. Just like the exposure at the theme park, last year’s biggest outbreaks were among groups of people who weren’t vaccinated.

5. Measles Spreads Through the Air

Unlike some worldwide diseases that are only spread through things like bodily fluid—and are therefore much easier to prevent in developed countries—measles is a very contagious airborne virus that people can contract by simply inhaling. Like any other measles outbreak, this puts those who are not vaccinated at a high risk. When an infected individual coughs, sneezes, and/or talks, the virus contaminates the air. Airborne viruses are extremely difficult to contain since you can’t prevent the infection from becoming airborne.

To make the airborne aspect even worse, the virus can land and stay on objects for awhile. According to the Mayo Clinic, the measles virus can remain active on surfaces for a couple hours, so anyone who touches an object or surface contaminated with the virus could potentially catch it from rubbing their eyes or putting their fingers into their mouths or noses. Think of how often we touch our faces every day and it’s easy to understand how the airborne virus can be contracted.

Measles is a serious, highly contagious disease that can lead to severe health problems and can even cause death. One of the reasons it’s so important that people are vaccinated is because of how easy it can infect those unprotected by the vaccination. The Centers for Disease Control and Prevention (CDC) states that one person with measles can infect roughly 90-percent of non-vaccinated people around them. That’s a staggering number and one of the reasons measles is a disease that needs to be prevented as best as possible.

The airborne nature of the virus, and the fact that the virus can stay active and contagious for a few hours, is what makes measles so contagious. It’s just not possible to control the spread to those not vaccinated when the virus is so contagious and there’s such a high rate of contracting the disease when unprotected. In addition, an individual can catch the highly contagious disease, but may not show symptoms for up to 8 to 10 days.

7. Risk Is Lower for Those With Both Doses

It’s widely proven that the best prevention against catching and spreading the measles virus is by getting the MMR (measles, mumps, and rubella) vaccine. The first dose of the vaccine is usually given to infants between the ages of 12 and 15 months old. The CDC says the dose is 93-percent effective, greatly increasing protection against the virus should you come in contact with it. That’s a very high level of effectiveness, but it can get even better with a second dose.

The second dose of the vaccine increases the protection and it’s recommended that both doses be given whenever possible. The second MMR vaccine is usually given to children between the ages of 4 and 6 years old. The dose is about 97-percent effective, greatly decreasing the amount of reported cases in North America. In fact, the CDC has seen a 99-percent reduction in measles cases since these vaccines became available. Because of how effective a double dosage is, people who have received both are considered the safest during an outbreak.

8. Adults Are At Risk Too

It’s common to hear about measles and how important it is to protect children from getting measles. This might stem from the fact that now that there’s a vaccine and children can receive their first dose as an infant and the second by the time they’re 6 years old. Yet adults who catch the virus can suffer much more serious complications, including death, making it important for everyone to know their immunization record and get immunized if they already haven’t been.

The good news is it’s never too late to get vaccinated, so adults who know they are unprotected and at risk should see their doctor. There are some children and adults who can’t get the vaccine due to certain medical conditions, especially those that relate to the immune system. However, it’s still best to ask your doctor even if you don’t think you should get it. Anyone who can get the measles vaccine is encouraged to, which could prevent you from contracting the virus during the latest outbreak—and from continuing to spread it to others.

9. Potential Protection For Those Exposed

We know that anyone vaccinated is almost guaranteed from contracting the virus during a measles outbreak, but what about people without the vaccination who are exposed to the virus? Is there a way to avoid getting it after exposure? Though the measles virus will infect 9 out of 10 people who aren’t vaccinated and are exposed to it, there’s actually a couple ways to potentially prevent the virus from taking hold or at least limiting the severity of the it. However, keep in mind that there’s a limited window of time so you have to know you were exposed.

One of the ways to protect yourself when you haven’t been vaccinated and were exposed to the measles virus is by getting the MMR vaccine within 3 days of exposure. The other option for certain groups of people, like pregnant women and those with weakened immune systems, is to get an injection of measles antibodies within 6 days of exposure. This injection can prevent measles or at least lessen the severity of your symptoms if you do get the disease.

The measles outbreak has shone a light on just how easy it is for the virus to spread. We know it spreads quickly and can cause severe illness, but measles is also a virus that won’t show obvious symptoms right away. Why? The early symptoms of the measles include a runny nose, fever, sore throat and cough, which are often confused with the common cold. This is another reason why the measles can spread before you even know you have it, putting unvaccinated others at serious risk.

These early cold-like symptoms can last a few days, and many people go to work or send their infected child to school when the symptoms aren’t yet severe. Doing so spreads the disease and others could become infected well before you know you’ve contracted the measles. The more obvious measles symptom, a rash, will follow the cold symptoms. However, unfortunately, the disease is contagious before the rash develops, which means you can put others at risk without your knowledge.