Treatments for Acute Low Back Pain 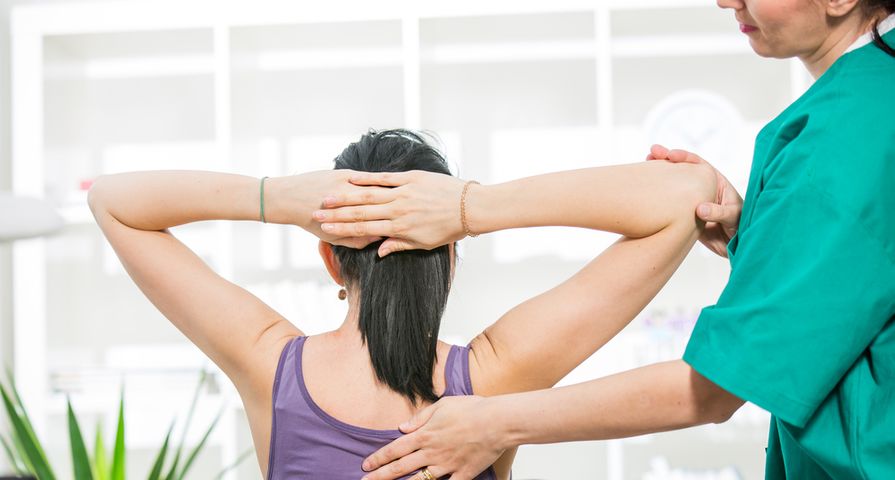 Back Surgery Isn't the Only Option

Acute low back pain is defined as any pain in the lower back that is consistently present for up to six weeks. According to the American Academy of Family Physicians (AAFP), “Acute low back pain (LBP) is one of the most common reasons for adults to see a family physician.” In fact, approximately 85-percent of the US population has experienced acute LBP at least once in their lifetime.

LBP has a myriad of causes including muscle sprain/strain, degenerative disc disease (DDD), spinal stenosis, sciatica, and scoliosis. The vast majority of cases (90-percent) of acute LBP, regardless of cause, resolve in six weeks. Ten treatments to consider for the treatment of LBP include…

The goals of treatment for acute LBP are to relieve pain, improve function, reduce time off from work, and develop coping strategies through education.  Bed rest should be limited or avoided all together in those experiencing acute LBP.  A few decades ago, the advice may have been to get several days of bed rest.  Today, it is more advisable to modify activity and keep moving.

Researchers at Harvard report “well-designed clinical trials suggest that an early return to normal activities—with some rest as needed—is better than staying home from work for an extended period.”  Bed rest is less effective at reducing pain and improving function at three to 12-weeks than advice to stay active.  Prolonged bed rest increases the risk of adverse effects such as constipation, joint stiffness, pressure (decubitus) ulcers, loss of bone mineral density (BMD), muscle wasting, and venous thromboembolism (blood clots in the veins below the calves and in the lungs).

Easy Ways to Treat Back Pain

Ice should be applied intermittently over the first 48 hours after injury, and then heat may be applied thereafter.  No matter which modality, application should not be greater than 20-minutes at a time.  Localized cooling reduces blood flow to the injured area, which helps alleviate swelling, and blocks the conduction of pain signals via local nerves.  Heat, on the other hand, loosens tight muscles and increases blood flow, which increases delivery of oxygen to aid in speedy healing or recovery.

According to the National Institute of Neurological Disorders and Stroke (NINDS), evidence suggests the application of ice and heat can reduce pain and increase mobility during episodes of acute LBP.  Apply ice wrapped in a towel to protect skin overlying the injury from frostbite.  If using a heating pad, please turn off before falling asleep to reduce risk of burns.

Nonsteroidal anti-inflammatory drugs (NSAIDs) such as aspirin, ibuprofen (Advil, Motrin), and naproxen sodium (Aleve, Naprosyn) are often first-line therapy for the pain and swelling associated with acute LBP.  Acetaminophen is an alternative to NSAIDs that can be used in the treatment of acute LBP.  Most experts recommend substituting acetaminophen for NSAIDs in individuals that cannot take NSAIDs due to pre-existing conditions such as peptic ulcer, uncontrolled high blood pressure, kidney disease, and certain gastrointestinal (GI) disorders.

Muscle relaxants may be able to help relieve pain by relaxing the muscle, which is in constant contraction as a response to localized injury.  Muscle relaxants are only by prescription and include benzodiazepine (diazepam [Valium], alprazolam [Xanax]) and non-benzodiazepine (carisoprodol [Soma], cyclobenzaprine [Flexeril], metaxalone [Skelaxin], tizanidine [Zanaflex]) forms.  Some evidence from clinical trials suggests muscle relaxants combined with NSAIDs may have additive benefit with regard to pain reduction.

Most of the pain reduction from muscle relaxants occurs in the first seven to 14-days, but the benefit may continue for up to four weeks.  Diazepam and carisoprodol use should be brief (less than two weeks) to decrease the risk of abuse and dependence.  Because all muscle relaxants may have adverse effects such as drowsiness, dizziness, and nausea, medical personnel should prescribe them cautiously.

Despite little evidence of benefit, opioids are commonly prescribed for individuals with severe acute LBP.  Current studies show no difference in pain relief or time to return to work between oral opioids (hydrocodone [Vicodin], oxycodone [Percocet, OxyContin], morphine, codeine, and related drugs) and NSAIDs or acetaminophen.  Oral opioids also run the risk of harmful dose escalation over time, which some refer to as tolerance or “chasing the dragon.”

Opioids are derived from opium or made synthetically.  Researchers feel opioids change the perception of pain by weakening pain signals being transmitted to the brain.  Opioids are most clearly indicated for short-term treatment of severe acute LBP.  Close monitoring is essential if contemplating using opioids to treat chronic LBP. In recent years, the use of this class of medication has skyrocketed.  Concern about misuse of opioids has led to the creation of prescription monitoring programs and abuse-deterrent formulations.  Prescribers may ask a patient to sign a pain treatment agreement, which may require pain patients to undergo periodic physical exams and urine tests.

An epidural steroid injection (ESI) utilizes both an anesthetic, or numbing, agent such as lidocaine or bupivacaine, and a steroid such as triamcinolone, methylprednisolone, or dexamethasone.  The combination of drugs is delivered into the epidural space of the spine, which is the area between the dura mater (covering of the brain and spinal cord) and the bony vertebrae, or backbones.  ESI is most effective in the treatment of inflammatory disorders leading to acute LBP, which may be spinal stenosis, degenerative disc disease (DDD), a herniated disc, or sciatica.

Many patients report some relief of acute LBP with ESI.  Individuals experiencing only mild relief of pain may be candidates for a repeat of one to two sessions of ESI at roughly one to four weeks apart to achieve full effect.  The potential adverse effects of ESI may include spinal headache from a dural puncture, bleeding, infection, allergic reaction, and nerve damage or paralysis (rare).

Chiropractic care is dedicated to the diagnosis and non-surgical treatment of disorders of the nervous system and/or musculoskeletal system.  Low-quality evidence shows that spinal manipulation by a well-trained chiropractor may be more effective than sham treatments in the short-term reduction of acute LBP (less than six weeks).  Spinal manipulation, or hands-on adjustment of the spine, is the basis of chiropractic care.

Clinical trials have concluded chiropractic care provides no clinically relevant improvement in pain or disability compared with other treatments for acute LBP.  Furthermore, there is little evidence that spinal manipulation is cost-effective in the treatment of acute LBP.  More than one session is needed to diagnose and treat acute LBP.  Patients may be seen one to three times per week for spinal manipulation for several weeks to get full effect.  Very rarely manipulation of the neck may damage blood vessels or cause a stroke.

Acupuncture has long been a staple of traditional Chinese medicine.  The art began more than 2,500-years ago in China.  Acupuncture involves inserting thin needles at certain points (greater than 2,000) on the body in order to correct the imbalance of qi (pronounced “chee”).  The improved flow of energy in the qi is said to relieve pain and improve health.  It is considered an alternative therapy and has fewer adverse effects than many of the traditional treatments for LBP.

LBP is one of the main reasons being reported for seeking acupuncture.  Evidence to support the effective of acupuncture in treating LBP is limited.  Several low-quality clinical trials concluded acupuncture had minimal or no benefit over sham treatment, naproxen (Naprosyn), or the Chinese herbal therapy moxibustion.  Another study concluded acupuncture might be cost-effective in patients with LBP lasting longer than four weeks.

Patients with acute LBP are often referred for physical therapy (PT) as an initial conservative (non-surgical) treatment.  A reasonable time frame to expect results is four weeks and most prescriptions for referral for PT are at least four weeks or longer, if pre-authorized by an insurer. The goals of PT are to decrease back pain, increase function, and teach the patient a maintenance program to prevent future episodes of acute LBP.

Most patients are advised to undergo a trial of PT prior to contemplating back surgery.  Many patients with acute LBP find it comforting to be monitored by a physical therapist to ensure follow through and avoid problems.  Ongoing physical therapist-directed home exercise programs for acute LBP can reduce the rate of recurrence, increase the time between episodes of back pain, and decrease the need for health care services.  Therefore, most of these exercise programs are cost-effective treatments for acute LBP.

How Scoliosis Impacts the Human Body

Relatively few individuals require back surgery for acute LBP.  However, it remains an option (usually of last resort).  Fragments of a ruptured disc between the vertebrae (backbones) may exert undue pressure on a local spinal nerve and need to be surgically decompressed.  Vertebrae may be surgically fused to help individuals regain mobility. Symptoms such as incontinence of bowel or bladder or loss of sensation in a saddle distribution are worrisome and may be require emergency decompressive surgery.

Back surgery can be done with a minimally invasive approach with recovery estimated at one to three weeks.  The success rate for decompressive spinal surgery is high, with approximately 90-percent of patients experiencing good relief of leg pain, usually a sign of a pinched nerve (nerve compression), after the surgery.  Spinal fusion surgery may stop the motion at a painful segment of spine (the pain generator), which should reduce LBP.