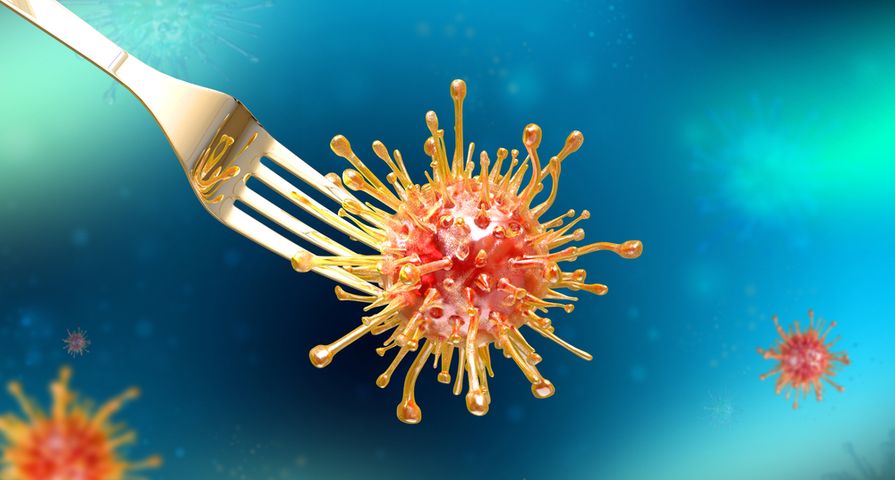 Stop! Before you gobble down that block of cheese or that questionable carton of eggs in your refrigerator, you might want to consider the consequences.

Food poisoning is caused by nasty bacteria that develop on food—the aftermath of which is typically abdominal cramps, gas, diarrhea, nausea, and vomiting—that lasts until the “evil” food is eradicated from the body.

I know it’s unpleasant, but we need to talk about the not-so-fun-facts about food poisoning…

Various forms of food poisoning infect millions of Americans every year. Food borne disease occurs when we consume toxins in food (usually a bacterium, virus, or parasite), which cause upset in the gastrointestinal tract.

The most typical bacteria to contaminate food include salmonella, listeria, campylobacter, bacillus cereus, and E. coli. All food borne contaminants will cause similar symptoms, however, the intensity of certain symptoms (i.e., vomiting) may be more intense with certain bacteria (i.e., bacillus cereus).

The most severe outcome of food borne illness is dehydration, due to diarrhea, vomiting, sweating, and fever, which can become life threatening and require hospitalization if these symptoms don’t subside after a few days.

Most cases of foodborne illness pass on their own in a matter of 48- to 72-hours after consumption of the contaminated food or drink. However, patients should seek medical assistance if they vomit, experience, fever (of more than 101-F), or blood in stool for longer durations.

If left untreated, certain persistent bacteria (i.e., E. coli or salmonella) can damage the kidneys and leave a patient with severe and chronic kidney issues. In these cases, the patient may need help rehydrating and may be prescribed antibiotics to fight the bacteria.

The majority of healthy adults can, luckily, withstand and defeat foodborne illness without succumbing to dehydration and hospitalization. They may suffer uncomfortable symptoms and bed rest for 1 to 2 days while the body eliminates the food toxin.

However, those with low immunity may become deathly ill when stricken with food poisoning. Most susceptible to severe illness are babies, seniors, pregnant women, diabetics, HIV patients, cancer patients undergoing chemo, or individuals recovering from surgery.

Typically, most cases of food poisoning in healthy individuals require nothing more than bed rest and hydration. Preventing dehydration (particularly if vomiting and diarrhea are severe) is the most important to maintain proper electrolyte imbalance with fluids, like Gatorade or Pedialyte.

Prevention is key to preventing a nasty bout of food poisoning.  You can be proactive in keeping food bacteria from your home by maintaining the safe handling, cleaning, and preparation of food in your home when you store, handle, and prepare meals. For instance, proper washing of hands and foods before handling food will prevent food bacteria cross-contamination.