Causes of Chest Pain That Are Not Your Heart 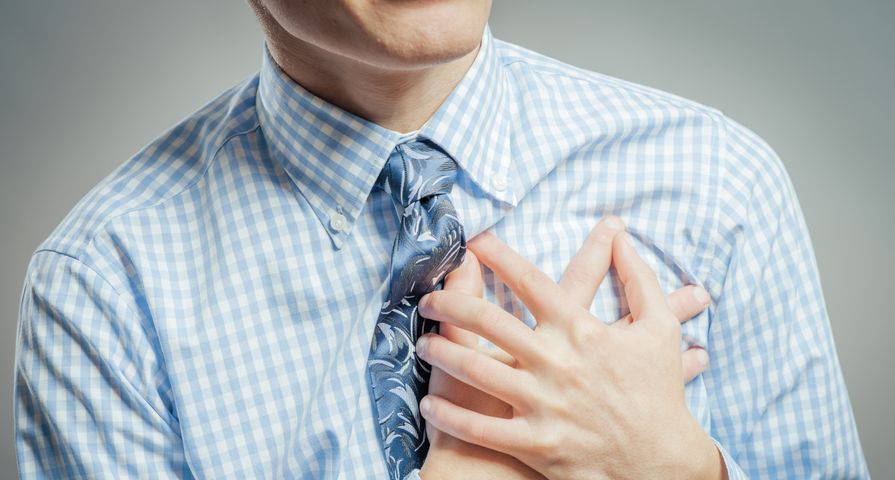 Everyone worries that chest pain is related to the heart and they could be experiencing a heart attack, or myocardial infarction. But what about causes of chest pain not related to heart disease or a heart attack? Noncardiac chest pain (NCCP) is the term used to describe pain in the chest that is not caused by heart disease or a heart attack. Many individuals describe squeezing or burning chest pain, which may radiate to the back, neck, arms, or jaw. It is estimated that approximately 25-percent of the US population has experienced an episode of NCCP. Ten causes of chest pain that are not your heart include…

Gastroesophageal reflux disease (GERD), or acid reflux, is the most common cause of NCCP. It accounts for 22 to 66-percent of NCCP. The condition is characterized by the back flow, or reflux, of the stomach contents into the esophagus. An imaging study called a barium swallow can be used to diagnose GERD. A barium swallow is an X-ray examination used to visualize the esophagus, the tube connecting the throat and stomach.

Treatment of GERD requires a stepwise approach involving lifestyle modification and control of gastric acid secretion. Lifestyle modifications may include weight loss, avoiding large meals, waiting at least three hours after a meal before lying down, and elevating the head of the bed by eight inches or more. Avoidance of alcohol, peppermint, caffeine, chocolate, citrus juice, and tomato-based foods are also recommended. Depending on severity, drug therapy for GERD may include antacids, H2 blockers, and proton pump inhibitors to lower gastric acid levels.

The complement of esophageal motility disorders causing NCCP can be treated with an array of approaches targeting the LES:
1). Nitrates and calcium channel blockers are first-line treatment. Both work by relaxing the LES.
2). Botulinum (BotoxTM) injections. Botox works by decreasing the muscle neurotransmitter acetylcholine, which causes relaxation of the LES.
3). Balloon dilatation (widening) of esophagus, if narrowed.
4). Surgery to cut the LES (myotomy).

If GERD is present, gastric acid suppression is part of the initial treatment regimen. Antidepressants may be added in an attempt to block pain signals. The most studied class of antidepressants in terms of pain modulation is the tricyclic antidepressants (TCAs). Examples of TCAs are amitriptyline, imipramine (TofranilTM), and nortriptyline (PamelorTM). Intermittent use of TCAs and gastric acid suppression may be the best option, especially if symptoms are few and infrequent.

Pulmonary embolism (PE) refers to the development of a blood clot in one or more of the arteries in the lungs, which can be potentially life threatening. It is another cause of NCCP. The condition usually develops as a result of a blood clot in of one the deep veins of the lower extremity, which is called deep vein thrombosis (DVT). As a result, PE is not considered a disease but a complication of underlying DVT.

Computed tomography angiography (CTA) is the standard for diagnosing PE. During this imaging procedure, patients are injected with contrast and pictures are made of blood vessels. In the case of PE, the focus is arteries in the lungs. If CTA unavailable, pulmonary angiography is the standard for diagnosing PE. All individuals diagnosed with PE need anticoagulation, or measures to prevent further blood clots. The prototypical anticoagulant, or blood thinner, is warfarin (CoumadinTM).

Pneumothorax refers to the abnormal presence of air in the pleural cavity. The pleural cavity represents the potential space between the chest wall and surface of the lung. Pneumothorax is another cause of NCCP. It culminates in collapse of the affected lung. Trauma is the most frequent cause of pneumothorax. Smoking increases the risk of spontaneous pneumothorax. Pneumothorax can be classified as primary, secondary, and recurring spontaneous; iatrogenic (due to a medical intervention); traumatic; and tension.

Depending on the severity of the pneumothorax, treatment may include observation for minor amounts of air to chest tube placement for severe cases. Complications of significant pneumothorax may include respiratory failure or cardiac arrest. Pleurodesis, or sclerotherapy, should be considered in individuals with repeated pneumothoraces. During the procedure, talc or tetracycline antibiotic derivatives (minocycline, doxycycline) are introduced into the pleural space causing scarring. The procedure decreases the chance of recurrent pneumothorax.

Pneumonia represents an infection of the lung tissue with a virus, bacteria, or fungus. It is another cause of NCCP. Pneumonia may be classified as community-acquired or hospital-acquired. Another name for a hospital-acquired pneumonia (HAP) is a nosocomial pneumonia. Streptococcus pneumoniae is the most common bacterial cause of community-acquired pneumonia (CAP). Rhinovirus and influenza are the most common viral etiologies of CAP. HAP is most prevalent in medical and surgical intensive care units.

Diagnosis of pneumonia is most commonly made by chest X-ray. Individuals diagnosed with CAP may or may not need admission to the hospital. Adequate therapy for CAP may be a macrolide antibiotic (azithromycin, clarithromycin, or erythromycin) or doxycycline. As far as HAP, it is recommended each hospital generate antibiograms to guide healthcare professionals with respect to the optimal choice of antibiotics. Antibiograms report the susceptibilities of specific microorganisms to a battery of antibiotic drugs.

Lung cancer is another cause of NCCP. It represents the leading cause of cancer deaths in the US, among both men and women. Lung cancer claims more lives annually than do colon, prostate, ovarian, and breast cancers combined. Individuals who smoke have the greatest risk of developing lung cancer. Exposure to secondhand smoke can also increase an individual’s risk of developing lung cancer.

Pleurisy is another cause of NCCP. Pleurisy refers to inflammation of the pleura, or the membrane surrounding the lungs. Another name for pleurisy is pleuritis. The condition is characterized by sharp chest pain, which may be made worse by deep inspiration (breathing in), coughing, sneezing, or chest movement. Potential causes of pleurisy include viral infection (most common), pulmonary embolism (PE), pneumonia, trauma, tuberculosis (TB), pneumothorax, and asbestos-related diseases.

Costochondritis is another cause of NCCP. It refers to inflammation of the cartilage attaching the ribs to the breastbone, or sternum. There are seven joints between the cartilage and breastbone that may be affected, and more than one joint is affected in 90-percent of cases. The condition affects women more than men (70-percent vs. 30-percent). Costochondritis is typically a diagnosis of exclusion, which means potentially fatal causes of chest pain have been ruled out with investigative testing.

There are specific treatments for anxiety and depression that can in the long-term decrease or prevent episodes of chest pain. Acute anxiety may be managed with as needed anti-anxiety medications such as diazepam (ValiumTM) or alprazolam (XanaxTM). Chronic anxiety and depression may be managed with selective serotonin reuptake inhibitors (SSRIs) such as fluoxetine (ProzacTM), paroxetine (PaxilTM), citalopram (CelexaTM), or escitalopram (LexaproTM). Currently, it is not known whether psychiatric disorders cause chest pain or whether individuals with these disorders are just more aware of pain. 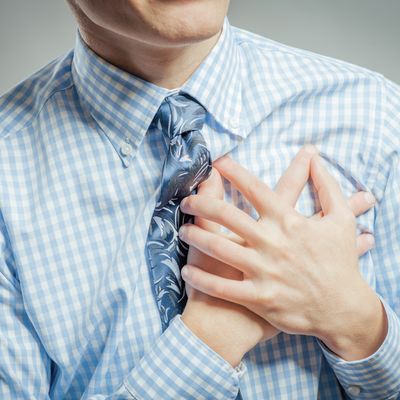