Teens Who Consume Too Much Salt May Age Faster, Report Suggests 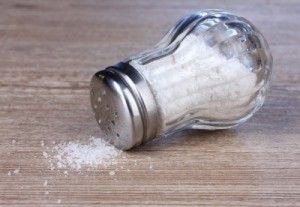 A new study from the American Heart Association has found that teenagers who consume too much salted food could be inflicting long-term damage on their bodies.

The report is based on a study of 766 14-18 year olds. The group was broken into two sections based on their salt consumption.

Although the American Heart Association recommends people limit their salt intake to 1,500 mg per day, they found many teenagers participating in the study reported consuming as much as 4,100 mg per day.

Upon investigation, researchers found that those study participants who consumed the most salt suffered significant cell damage. Specifically, scientists found that the protective ends of the telomeres chromosome were visibly shorter in overweight and obese subjects who reported consuming a lot of salt each day. Meanwhile, those teens whose salt intake was lower did not have the same problem.

“Even in these relatively healthy young people, we can already see the effect of high sodium intake, suggesting that high sodium intake and obesity may act synergistically to accelerate cellular aging,” Zhu said.

“Lowering sodium intake, especially if you are overweight or obese, may slow down the cellular aging process that plays an important role in the development of heart disease,” Zhu added.