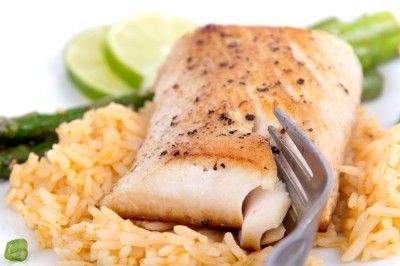 The study was led by Dr. Mohammed Shaik, a researcher at Breslin Cancer Center, which is based on Michigan State University’s campus. Shaik and his team studied 1,515 colon cancer patients based in the United States, Poland, Vietnam, and Western Europe. Just under two hundred of those patients — or about one in eight — suffered a recurrence of their cancer after receiving treatment.

Shaik’s research team asked each participant about their diet, exercise routine, smoking habit (if one existed), and the amount of alcohol they consumed.

The researchers discovered that those people who ate fish less than twice a week or exercised for less than one hour each week were more than twice as likely to have a recurrence of their colon cancer.

Researchers found that no other dietary factors visibly affected the recurrence of colon cancer. In fact, consumption of red meat, alcohol, and cigarettes did not appear to influence the results.

It remains unclear how consuming fish prevents a recurrence of colon cancer. Many researchers have speculated that it could be the omega-3 fatty acids contained in fish. However, others have suggested that it may just be that people who consume lots of fish eat less red meat and processed foods, which have been linked to colon cancer in the past.

Of course, few researchers were surprised to find that the colon cancer patients who exercised more were less likely to experience a recurrence. “There’s a growing body of epidemiologic evidence that exercise is associated with a reduced risk of recurrent colon cancer,” noted Dr. Smitha Krishnamurthi, an associate professor at Case Western University School of Medicine.

“It makes sense. For example, we know that exercise reduces insulin levels in the body, and insulin is a growth factor for both normal cells and malignant cells,” Krishnamurthi added.

Shaik says that just one hour of exercise — broken up into two 30-minute or three 20-minute sessions — each week can make a huge difference in keeping colon cancer at bay.