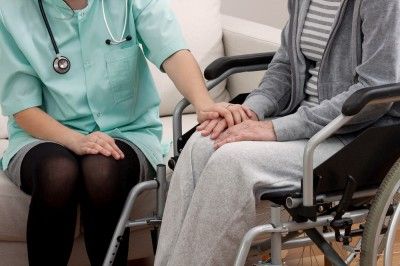 A new and experimental treatment for spinal cord damage causing paralysis is being called “groundbreaking”. The reason: it’s giving patients initially left with no feeling in their legs some control over their limbs, bladder and bowel functioning, and even sexual organs.

The treatment involves “zapping” the spinal cord with a special electrical device. Researchers say this process helps the brain receive simple commands that experts had long assumed were impossible to communicate.

“What we’re doing … is we’re stimulating the spinal cord and getting it ready — awakening it, if you would — to receive a simple command from the brain to intend to move,” noted Claudia Angeli, a senior researcher at the Kentucky-based Human Locomotion Research Center, where the experiments are being carried out.

“So we believe that all that is needed from the brain perspective is a very simple intent to move a leg, and then the spinal cord will take over all the details of how to reorganize the neurons and the inner neurons to generate the movement itself.”

It’s important to note that the patients participating in the study are only gaining control over their legs, bladder, bowels, and sexual organs while the electrical current is in place. However, for many patients this limited change in ability has given them hope that they will one day regain control over their bodies.

Researchers say they were also encouraged — and quite shocked — by the findings. “It was actually extremely surprising because initially the study was to see if we could follow some of the successes that were shown in the animal model where rats were able to generate some independent steps and able to stand as well,” Angeli said.

“So it was actually extremely surprising because it was that first participant that actually found out on his own that he had regained some voluntary activity.”

Angeli says researchers have been so encouraged by the findings that they’re hoping to involve more patients in the experiment as soon as possible. “We’re hoping to … move this to the clinic as quickly as possible so other individuals can benefit from this type of therapy.”

The findings of the study will be published in the journal Brain.