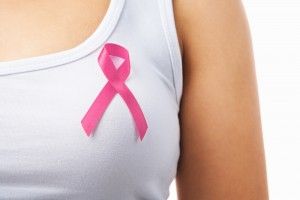 The percent of women who choose a mastectomy to treat early breast cancer is on the rise. In fact; numbers indicate that women are more prone to opt for the surgical removal of one or both breasts versus the less invasive lumpectomy, in which only a discrete lump is removed surgically.

Why? Because they are afraid that the lumpectomy won’t be enough.

However, a new study, sponsored by the U.S. National Cancer Institute, suggests that if a lumpectomy to treat early stage breast cancers may result in better survival than mastectomy.

[For those diagnosed with early stage breast cancer] a lumpectomy is just as effective, if not more so, than mastectomy,” says Dr. Shelley Hwang, researcher and chief of breast surgery at Duke Cancer Institute in Durham, N.C. “[However] there are lots of women who think the more [treatment] they do, the better they will do…This study refutes that.”

The study looked at 14 years of data from the California Cancer Registry, following more than 112,000 women with early stage breast cancer (stages 1 or 2) between 1990 and 2004, ranging in age from 39 to 80. Fifty-five percent of the participants had lumpectomy (breast-conserving surgery) and radiation and 45-percent had mastectomy (one or two breasts removed). The researchers followed the women’s progress over a period of nine years—31,000 of the participants died— 40-percent of that grouping from breast cancer.

“The group that benefited the most [had the largest chance of breast cancer survival] were women over 50 with estrogen-receptor positive disease,” says Hwang. “[This could] mean cancer survival largely depends on estrogen growth.”

However, Hwang indicates that she doesn’t intend for this study to give women who chose a mastectomy second thoughts.

“I fully support the patient’s options to choose the best treatment for them,” she says.