How Much Caffeine is too Much? 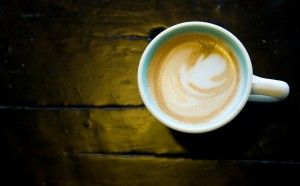 A new report shows that a large cup of Starbucks coffee contains a shocking three quarters of the maximum daily level of caffeine recommended for healthy adults—and nearly double the recommended dose for expecting moms.

Just to verify, according to Bruce A. Goldberger, the director of forensic toxicology at University of Florida, the suggested daily caffeine limit for a healthy adult should not exceed more than 400 mg. So when you consider that grande cup of Starbucks coffee at 330 mg, followed by a mid morning cup at the office at 215 mg, you’re already over the edge!

And even though caffeine tolerance levels differ from person to person, Bertil B. Fredholm, emeritus professor of pharmacology at Sweden’s Karolinska Institute, points out that “[even though low-dose caffeine effects are wakefulness, a little bit of arousal, and slight euphoria…high-dose effects [include] anxiety, irritation, and general mental discomfort.”

Add some extraneous factors such as nicotine or contraceptives (both tend to accelerate the absorption of caffeine), and you can expect even more exaggerated, negative effects.

Pregnant women should also heed the warnings of too much coffee consumption, considering the recommended daily caffeine limit for an expecting mom is 200 mg and the typical 8 ounce cup of coffee already contains 133 mg.