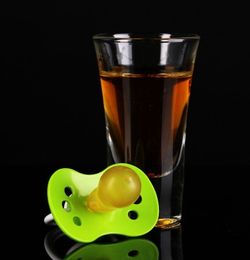 You would think that giving a child a sip or two of wine, beer, or a mixed drink would be unlikely to turn them into raving alcoholics. But a new report suggests that giving kids sips of alcoholic beverages could, in fact, encourage them to drink excessively when they become teenagers.

The report, which comes from researchers at Brown University, found that kids who were given regular sips of alcohol were roughly five times more likely to begin drinking when they hit the ninth grade. Children with a taste for alcohol were also four times more likely to binge drink by the early stages of high school, when compared to kids who had not been given access to alcoholic beverages.

The report, which was filed by Brown’s Center for Alcohol and Addiction Studies, involved the collection of information associated with more than five hundred Rhode Island middle school students. The data were collected over a three-year period–from the point when students entered sixth grade to the time they entered high school.

Kristina Jackson, one of the report’s lead authors, says giving kids a sip or two of alcohol from time to time may actually confuse them about the dangers associated with its consumption. “Younger teens and tweens may be unable to understand the difference between drinking a sip of alcohol and drinking one or more drinks,” Jackson said.

The researchers behind the report, which can now be accessed through the Journal of Studies on Alcohol and Drugs, hope it will encourage parents to think twice before giving their kids access to alcoholic beverages.