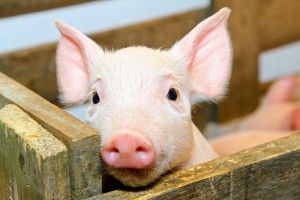 The first pig-to-human transmission of H1N1 was reported in Ontario. The province’s chief medical officer confirmed this in late September.

The story unfolded because a man who is in critical but stable condition contracted the virus after close contact with pigs in either the US or Canada. The case was confirmed after some laboratory tests were conducted.

Doctors were quick to note that this case is an isolated case, and should not impact the general population as contracting the virus from an animal is a very rare occurrence. The spread of H1N1 from human-to-human is not an easily accomplished feat either. This is a good reminder though of the need for constant and proper hand washing when dealing with animals.

Authorities also noted that this is not a food consumption issue. You cannot contract the disease from pork that is properly cooked, as the cooking process would kill any existing bacteria.

The fact that this case was so quickly detected within Ontario is proof that the proper precautions and systems are in place for this type of identification of diseases.

In light of this case, doctors are quick to remind Ontarians to get the flu shot. It can help prevent the spread of influenza viruses that generally start to surface around this time of year.

H1N1 symptoms often present as similar to seasonal influenza streams. These symptoms can include chills and cough, followed by fever, muscle aches, loss of appetite, runny nose, sneezing, throat irritation, nausea, diarrhea and vomiting. Influenza is particularly harmful to those who already have chronic conditions as it could lead to pneumonia, and other complications.

It is important for those who are over the age of six months to get the flu shot. It can help protect not only yourself but also those around you. It is important that if you contract an influenza virus then you should remain at home or under care until all of your symptoms are gone.