Do “Off-Label” Drugs Pose a Threat to Kids? 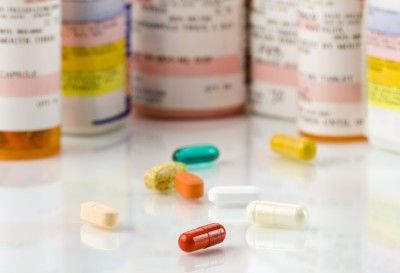 Here’s concerning news: the drug being prescribed to your young son or daughter may have never been tested for people their age. New research suggests this could present problems, particularly when the drug in question is a powerful psycho-active.

Most of the prescriptions written for children are for “off-label” drugs, which means that there is no mention of children in the drug’s documentation. The issue is that most drugs are tested on adults, meaning there continues to be some question about the impact these drugs have on young people.

University of Western Ontario pediatrics professor Michael Rieder points to the use of anti-seizure drugs by children under 12 — even though most of these drugs have only been approved for use by kids over that age.

“Many psycho-active drugs that are not approved are commonly used in kids,” Rieder said.

Prescribing drugs to children without knowing their short- or long-term impact is hardly new. The Ventolin inhaler, which is often prescribed to adults suffering from asthma, was approved for use by children five years ago — even though little research has investigated the drug’s impact on kids.

The problem is that few people support conducting experiments on young people. While that’s understandable, it means that more than two-thirds of the drugs prescribed to children carry little information about their impact on kids.

Rieder, who recently completed a paper on the topic for the American Academy of Pediatrics, says he’s hoping the situation changes soon.

Of course, there are medical experts who say that off-label drugs should not be considered a major problem. Clinical pharmacology and toxicology expert Dr. Shinya Ito, who works for The Hospital for Sick Children in Toronto, says doctors and pharmacists carefully calculate how a drug made for adults will impact a child. Ito says both doctors and pharmacists are aware of how a drug will move through a child’s system and know what they’re doing when prescribing an off-label drug.

“There are some people in our community who think it’s unethical to do drug research in children but it’s ethical to treat them with unproven drugs,” he noted.

“Which I think is a curious double-standard. The ethical thing is to try to do the thing that is right for the child.”