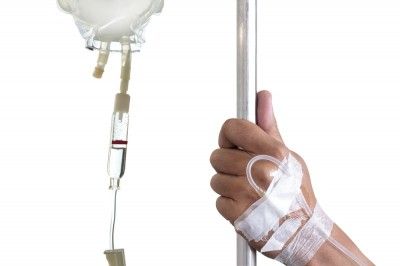 There’s no denying that having a terminal illness can be incredibly stressful. In the search for a drug that can help alleviate this stress and anxiety, researchers are focusing on a drug previously associated with the dance club scene: ecstasy.

According to reports, researchers in California are now working with the psychoactive drug–which is banned for public consumption by federal law–to see if it can help terminally ill patients better manage their stress and anxiety levels.

Currently, the drug is being tested on a dozen participants dealing with life-threatening diseases, including cancer. Most are expected to live for at least nine months, but face significant health obstacles. Over the next year, the participants will take part in a double-blind trial at a medical facility in Santa Cruz.

According to the Multidisciplinary Association for Psychedelic Studies, each participant will be given placebo or 125-milligrams of ecstasy, otherwise known as MDMA.

The goal: to see if ecstasy can help people manage significant mental health issues associated with being gravely ill. That includes stress and anxiety, but also depression.

The researcher leading the study, Dr. Philip Wolfson, says ecstasy can be “transformationally potent” over a four to five hour period. “It’s a substance that supports deep, meaningful and rapidly effective psychotherapy,” Wolfson said of the drug.

Brad Burge, a spokesman for the Multidisciplinary Association for Psychedelic Studies, says he has high hopes for the study. “Our hypothesis is that something is happening with MDMA that makes psychotherapy easier,” Burge said.

It’s expected results will be available in 12 to 15 months.