Colorado Child Paralysis Cases May Be Tied to Enterovirus EV-D68 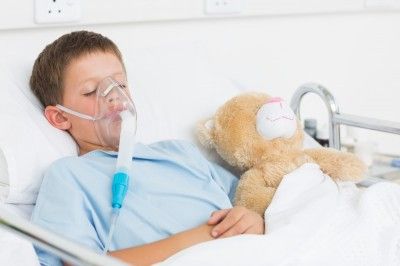 The Centers for Disease Control and Prevention (CDC) is scrambling to figure out what is causing a neurologic illness that has left almost a dozen Colorado children partially paralyzed.

The children were hospitalized between early August and late September 2014. Most initially complained of muscle weakness, though some of the children’s conditions eventually worsened to the point where they had limited mobility in their shoulders, triceps, biceps, and hips. A few of the hospitalized children also experienced weakness in neck and facial muscles.

That’s led Dr. Joyce Oleszek, a pediatric rehabilitation specialist at Children’s Hospital Colorado, to speculate that the illness is attacking the spinal cord and brain stem.

The CDC is carrying out its own investigation of the illness and has already ruled out any connection between the outbreak and polio, as almost all of the children were up to date with their polio vaccinations.

Instead, the CDC is looking into links between this issue and the enterovirus EV-D68, a respiratory illness that has been making headlines in recent weeks as it spreads across the United States.

“We don’t know, at this point, if there is any association between the enterovirus EV-D68 that’s circulating and the paralytic conditions some of the children in Colorado are experiencing,” noted CDC spokesman Tom Skinner.

Tests have already shown that at least four of the children had enterovirus EV-D68, though it’s not yet clear if that caused the paralysis.

“It could be something else,” said Dr. Anthony Fauci of the National Institute of Allergy and Infectious Diseases. “That doesn’t prove cause and effect, but it’s circumstantial evidence.”

In other words, for the time being the paralysis “still remains a puzzle,” Fauci said.