7 Facts about Sleep Paralysis to Avoid Being Scared Stiff 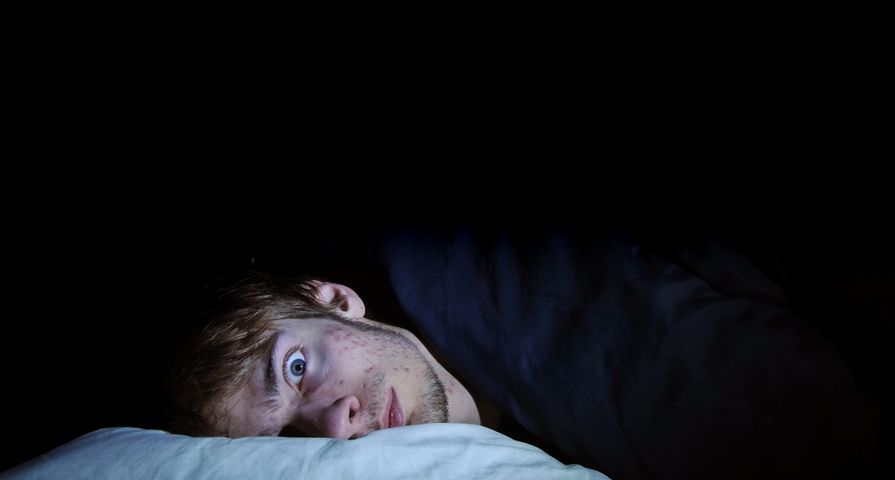 We’ve all experienced it—waking in the middle of the night, often during a bad dream only to discover you can’t seem to move, as much as you’d like to. It’s like being trapped inside your own body; your mind is aware, but you physical self seems disconnected.

Your brain actually shuts down voluntary use of your muscles during deep sleep to keep you from acting out your dreams, points out Buzzfeed.com. However, with sleep paralysis, this mechanism remains engaged despite the fact your conscious brain is “on”. Here are 7 facts about sleep paralysis…

One of the most troubling tricks our brains play on us during sleep paralysis is creating imaginary things that we believe are real—otherwise known as hallucinations. They seem believable because we are conscious, although our bodies are still asleep.

This is course can be traumatic, as many hallucinations are of an unpleasant nature (our brain has a weird sense of humor sometimes). Buzzfeed notes the strongest hallucinations actually occur in the transition between sleeping and waking.

Put a Rest to These 7 Environmental Impacts on Sleep

2. Sleep Paralysis is Not a Nightmare (at least Scientifically)

Many people associate the feeling of not being able to move as part of a nightmare, but unpleasant images from true nightmares actually only occur when you’re in a deep state of sleep. Sleep paralysis is essentially the opposite of a nightmare, due to when it occurs in the sleep cycle.

WebMD notes that sleep paralysis only takes place when you’re transitioning into a sleep mode (hypnagogic), or coming out of it (hypnopompic). Sleep paralysis is arguably more terrifying than a nightmare, due to the fact you’re conscious yet seem helpless against any perceived dangers.

3. It’s Not a Common Occurrence

According to Thought Catalog, while most people seem to have a sleep paralysis story, it’s actually quite rare. The article cites a European study of 8,000 subjects that showed only 6.2-percent of them ever had an instance of sleep paralysis.

Even if you have had a sleep paralysis experience, chances are you’ve only had the one or maybe two. The study also showed less than 1-percent of the subjects had a weekly visit from sleep paralysis, while 1.4-percent experienced it once a month.

4. It’s The Gateway to Out-of-Body Experiences

Whether you agree or disagree there’s such as thing as an “out of body experience” or argue what one really is, Dream Studies Portal says they may be more likely to occur when you’re in a conscious but paralyzed state of sleep.

The article notes that an out-of-body experience—or OBE as the source refers to it—is more likely to occur if you’ve been in a state of sleep paralysis for more than 2-minutes. OBEs are the sensation of “leaving” your physical self and traveling somewhere else, only to return to your sleeping body.

5. Some Medications can Cause Sleep Paralysis

Healthline notes that people with anxiety can be more likely to experience sleep paralysis. That being said, it notes certain medications and recreational drugs can actually increase the risk of sleep paralysis happening—although the jury is still out on this one.

Narcolepsy—sudden attacks of drowsiness or falling asleep—can be an underlying cause of sleep paralysis. Stimulants and antidepressant medications can apparently help reduce the occurrences of this sleep phenomenon if narcolepsy is the underlying cause, according to the source.

6. Caffeine Can be a Culprit

LiveScience.com explains that regular sleep is important to keeping episodes of sleep paralysis at bay. One way to help achieve this is by limiting your caffeine intake; try to avoid having that extra cup of coffee after 2 p.m., notes the source.

Other substances that should be avoided include alcohol and nicotine, which should be cut off at least 3-hours from bedtime. If you’ve followed these guidelines and are still having episodes, it may be time to see a doctor, adds the source.

After several episodes of sleep paralysis, you may start to get accustomed to the sensation (not to say it becomes more pleasant; perhaps just easier to cope with). The bottom line is that experts agree it’s not life threatening and it will pass, however terrifying.

A frequent sufferer of sleep paralysis is cited in a Thought Catalog article, which details how he managed to take control of the situation. The subject breathed through it and managed to wiggle a finger, after which their arms followed and the episode ended. Following some deep breathing to relax, he fell back sleep uninterrupted.