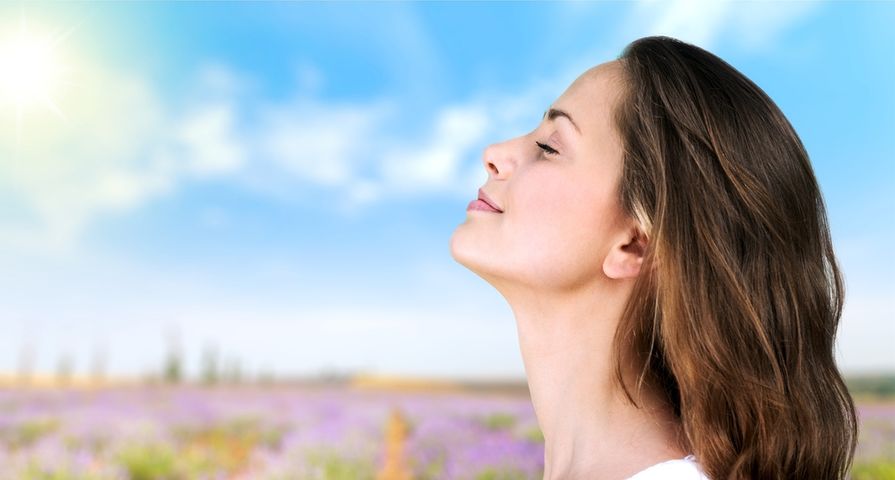 It might be surprising, but Dr. Amy Crawford-Faucher, a family medicine specialist at the University of Pittsburgh Medical Center, says that most of us breathe wrong. This may come as a shock, especially since many of us consider breathing…well, natural. However, those of us who aren’t breathing properly, or not making the most out of breathing, could experience a slough of health issues—including higher levels of stress, lagging energy, and even weight gain.

Ok, so I know you’re thinking to yourself, “I’ve breathed unconsciously since birth, I don’t’ need breathing tips,” but trust me, these might help…

1. What is Respiratory Rate?

Like your heart, the rate at which you breathe can also be measured. This rate, according to exercise physiologists at NYU Langone’s Sports Performance Center, is known as your “respiratory rate,” and refers to the expected amount of breaths inhaled at rest.

Now individual respiratory rates differ based on lung volume, body size, etc., but the ideal rate is between 12 and 20 breaths per minute. However, the fact is that most people don’t take full advantage of their respiratory rate because they breathe far to fast and far too shallow at rest and during exercise. So breathe deep and take full advantage of your amazing lung capacity. 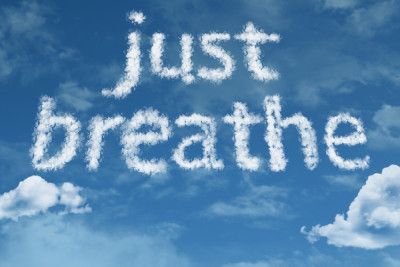 Just as stress can affect breathing—breathing can also affect your stress levels, says author of the book, The Oxygen Advantage, Patrick McKeown. When you’re stressed, notice that the breaths you take become quicker, shallower, and shorter, which only increases anxiety more so.

McKeown points out that this breathing cycle is evident in patients who suffer from chronic stress. The next time you feel stress overtaking you, focus on your breathing by inhaling in a slow, controlled motion and matching the pace with your exhale. 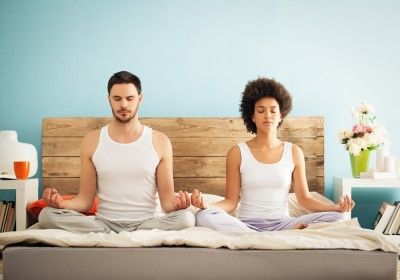 Most of us hunch over all day long—over our car steering wheel, over our desk, computer, smartphone, video games, and in front of the television. Spending too much time in a permanent forward stance puts excess pressure (or repetitive stress) on the cervical spine, shoulders, and neck.

However, you’ll also notice this forward slouching posture also cuts airflow as the diaphragm is constantly compressed by the ribs—causing shorter, shallower breathing. No wonder you’re drained of energy by the end of the day! Instead, make a point to get up and stretch your spine, shoulders, diaphragm, and neck every 20-minutes to a half an hour to counteract the repetitive stress and promote full, deep breathing. 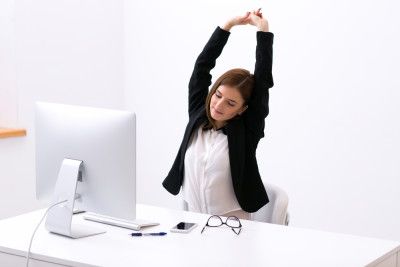 4. Before you Suck that Gut…

I know your mom told you to pull in your tummy, but she also told you to sit up straight as well! Sucking in your gut, particularly when seated causes the same compression of the diaphragm by the rib cage, causing shallow, labored breathing that just zaps your energy stores.

According to Belisa Vranich, a clinical psychologist and New York-based breathing coach, compressing the diaphragm in such a manner snares leftover carbon dioxide in the lungs—so basically you’re just circulating stagnant air. 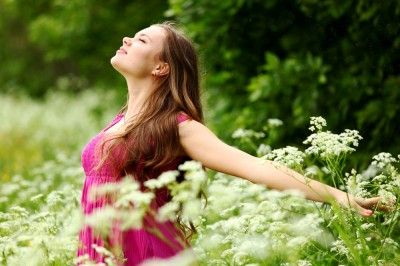 5. Don’t Forget to Breathe During Exercise

It’s common to tense your muscles and breathing during exercise, so much so that many of us limit our breathing and become fatigued much more quickly.

If you notice you’re tensing your shoulders and neck as you run or cycle, you’re likely limiting your breathing during exercise as well and trapping stale carbon dioxide in your lungs. Research from the Mayo Clinic suggests that holding your breath during physical exertion also causes the blood pressure to spike dangerously high, leaving you lightheaded at risk of passing out. 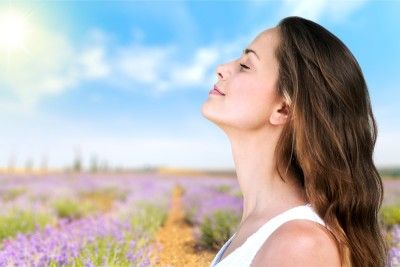