How to Choose the Right Bicycle 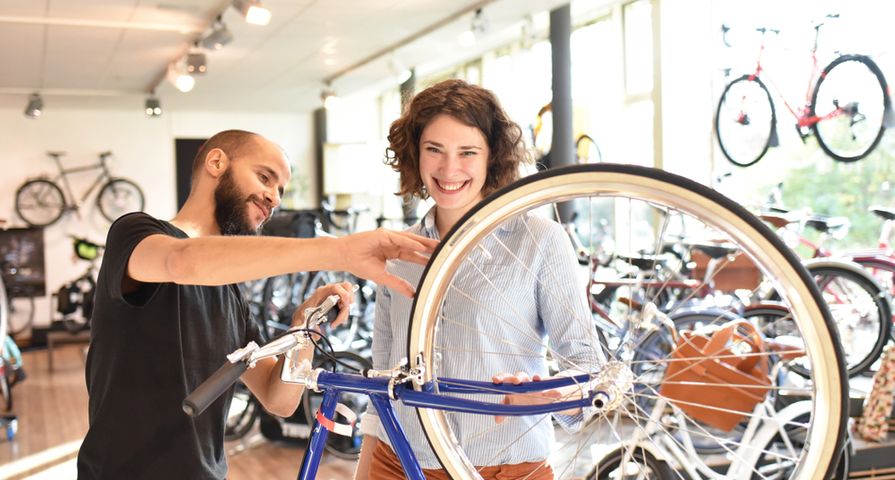 You might have several reasons for wanting a bike, and most all of them are good. For example, perhaps you want a more environmentally friendly way to get to work, while also getting in some morning exercise at the same time. Perhaps you like the idea of being able to get around the city quickly on your own schedule, or maybe you want to hit the trails with your family.

Whatever the reason, you probably already know that bikes are not a “one size fits all” type of vehicle (which is probably why you ended up on this article). But how do you choose the right bike that best fits you and your needs? Read on for some helpful tips on what to look for when bicycle shopping…

If you’re considering buying a bicycle, think about what you’ll be using it for the most. Is it trail riding, city commuting, or for something else? There are several different types of bikes (and hybrid versions that combine features of more than one type), and each will help you achieve your potential.

For example, GoBiking.ca breaks down some of the most common types of motorless rides including the mountain bike, which is not suited to off-roading due to its heftier weight and knobby tires. Meanwhile, there are dedicated road bikes that are designed for comfort as well as being lightweight, while others are designed specifically for touring. Knowing your primary reason for buying a bike can help you narrow down the field of candidates much faster. 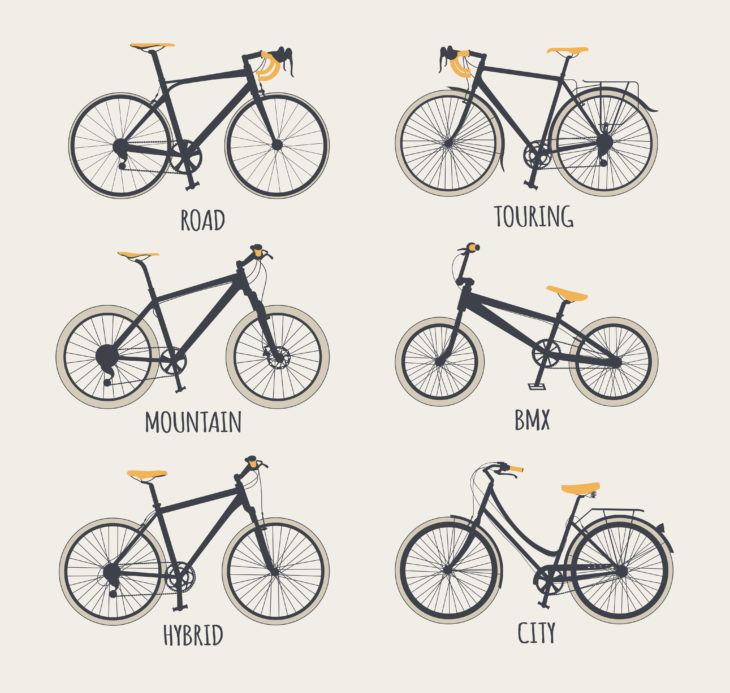 Having a bike that’s not the right height or design for you can mean additional strain when riding. That’s why it’s important to sit on the bike (and even take it for a little spin if possible) before committing to figure out if your legs are extending too far or you’re leaned too far forward for your liking.

Lifehacker.com notes that the frame size is a major consideration when it comes to getting the right fit, and that the wrong size can lead to some loss of control. While the frame size will depend on the bike type, it should also take your height and inseam into consideration, it adds. As a “quick rule of thumb,” the frame should be roughly 65-percent of your inseam measurement, it explains. 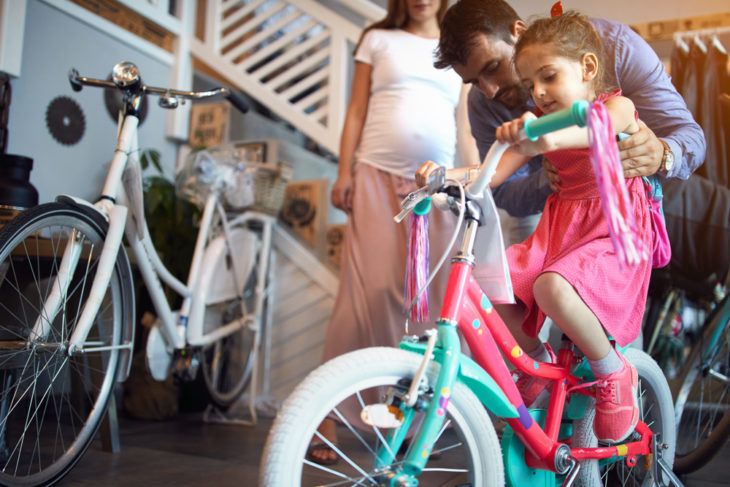 Gear It To Your Purposes

It’s okay to give us the gears about this headline pun, but gears are nonetheless an important consideration when it comes to choosing a bike. While you might think having more gears is always better, it all comes down to what kind of terrain you’ll likely be riding on most, explains Lifehacker.com.

If you want to go and down hills a lot, then having a wide range of gears will help you conquer inclines more easily (while also controlling your pedal speed on the way down). If you’re just someone who wants to ride around the neighborhood on relatively flat streets or trails, then you won’t need as many gears for climbing – which will make the bike lighter, adds the source. (You might not need multiple gears at all for casual riding, which will lower the price). 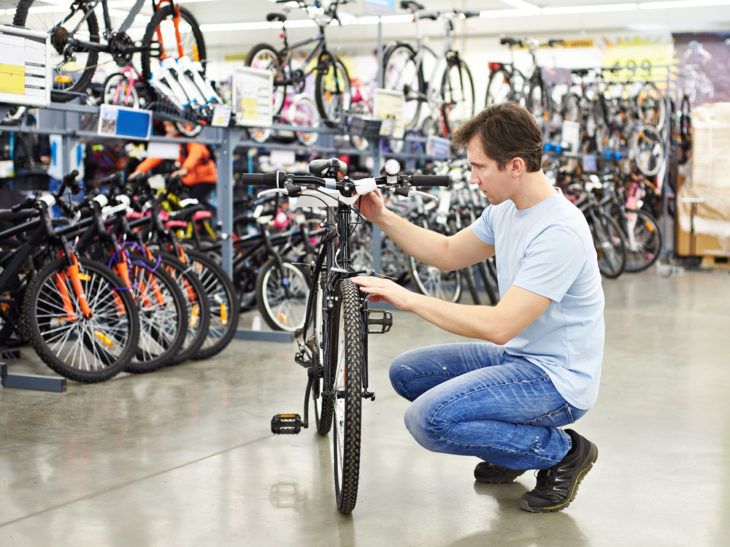 BikeExchange.ca notes it’s more than just frame size and shape – it’s also what it’s made out of. Generally, the options include steel, titanium, aluminum or carbon fiber, and many times the decision here comes down to how much you’ll want to spend, it adds.

However, it explains that if you’re looking for high-performance, then carbon fiber is a good choice because it’s “ultra light-weight” as well as strong. Aluminum is also a lighter weight and be a good alternative if your budget is limited, it adds. Meanwhile, steel is ideal if you plan to carry some kind of cargo on the regular, while titanium is popular because it shares properties of steel but has its own “unique ride feel” and lighter weight. 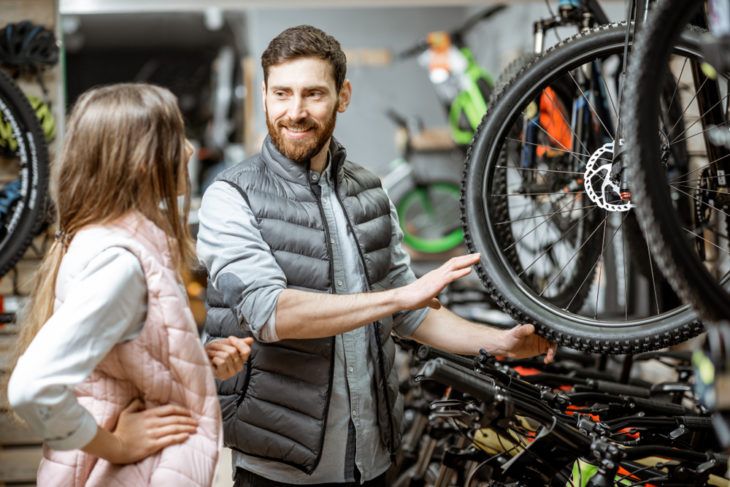 How the bike moves is of course pivotal to your ride experience. But stopping effectively is also as important, if not more – without the proper brakes, you won’t be able to react as effectively to an emergency stop. There are four main types of bike brakes, says Lifehacker.com, and each has its own set of benefits.

Rim brakes that grip the rims are easy to maintain but also prone to wear, it explains. Disc brakes grip the wheel hub to slow it, but tend to do better in all weather conditions, it adds. Meanwhile, it says drum brakes that are “integrated into the wheel hub” can get worn but are resistant to weather, while coaster brakes work by pedaling backwards. The latter is suitable for kids who may have trouble with hand brakes (and probably aren’t going too fast). 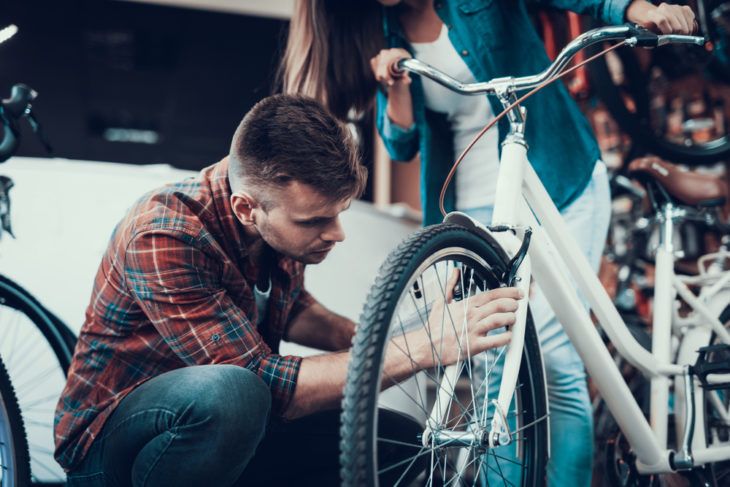 No, we won’t stop with these bike puns. Anyways, when it comes to choosing a bike, the type of tires on it can be a big factor depending on what you want to use it for. For example, the wideness of the tire has a big impact on how fast the bike can go, explains Exploratorium.edu.

It notes that high-performance road bikes are fitted with thinner tires inflated to 100 PSI or more, allowing the wheels to roll faster as there’s not a lot of tire surface touching the ground. (Because of this, thin tires also make it easier to accelerate). Wider tires will flatten out more on a paved surface, but this is an advantage for grip when it comes to trail riding as it “‘floats’ on top of the rough surface” says the source. Wide tires also don’t dig into the softer ground off-road and potentially slow you down, it adds. 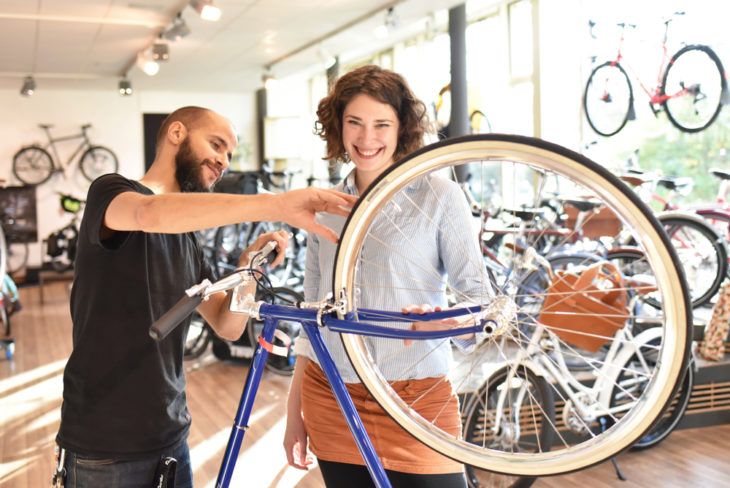 Like most bigger-ticket items you’d buy, you’re probably wondering what to budget and how to get the best value. It’s not a straightforward formula, and spending less is not necessarily better in this case. To address this question, BikeCommuterHero.com looked at commuter bikes specifically.

It says that $500 to $1,500 is a reasonable range when choosing a “good” commuter bike, and not to bother with anything below that because it won’t be very durable. “A cheap department store bike may have to be replaced after a few hundred miles of use,” it notes. On the other side of the scale, spending much more will not necessarily get you a much better bike, it adds. In fact, after $1,500 you might get some minor improvements like lighter weight, but not in proportion to the added cost. So unless you’re training for the Tour de France, perhaps follow this maximum price guideline. 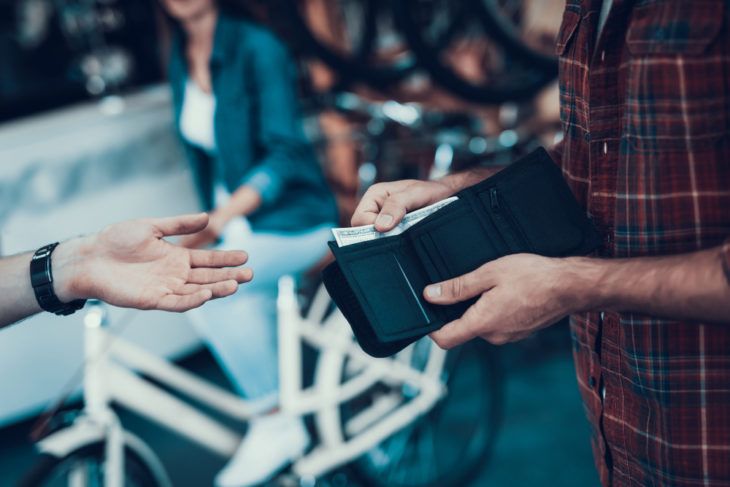 Do You Need Assistance?

While bikes traditionally run on pedal power, there are some models on the market that have a “electric assist” – meaning you can pedal away, but let a motor take over when you’ve had enough of darting through the city.

MEC.ca explains that these types of bikes (that fall into the e-bike category) might be ideal if gearing is just not enough to get you up those tough hills. They can also help you prevent breaking out into a sweat on the way to work (or a job interview, for that matter), adds the source. Don’t assume all e-bikes are clunky or hard to handle – many now are sleek and appear similar to standard bikes. 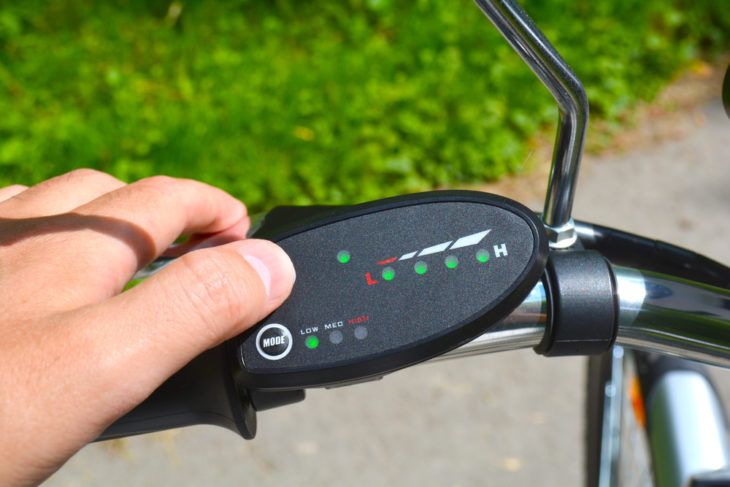