Getting Downward Dog with Yoga Lingo 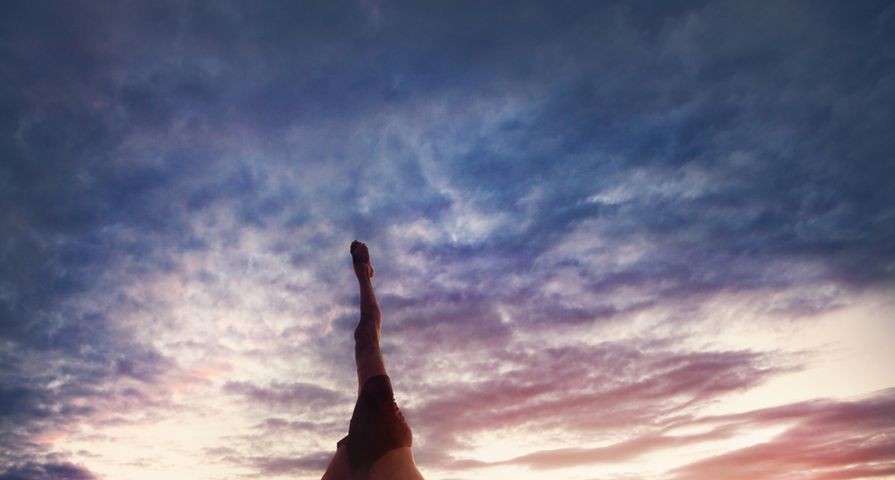 Perfect Prenatal Yoga Poses
Have you ever looked at a studio’s yoga class schedule and wished you had a dictionary handy? Do you spend the majority of your 70-mintue hot vinyasa flow class wondering exactly what the heck “vinyasa” actually means?

Yoga is excellent exercise for the body and mind, but much of the lingo used by the studio, instructor, or other class mates can be more confusing than moving from Warrior I to Warrior II (what the heck?) if you’re new to yoga. Here is our handy guide for getting downward dog with yoga lingo…

An aerial style yoga class that utilizes fabric slings or trapeze tools for an anti-gravity yoga experience above the mat. Students use the slings to perform and support body weight in all postures.  Most anti-gravity classes are beginner friendly after an initial introduction to doing body weight poses in the slings.

The word “asanas” is Sanskrit and translates literally to “manner of sitting.” However, the term asana is used to describe a yoga pose.

The Ashtanga yoga method is a traditional practice focused on the athletics of yoga. The class is made up of a progressive pose, or continuous flow, sequence of 75 poses, known as the Primary Series, which focuses on movement led by breath, spinal alignment, building strength, improving flexibility, and encouraging detoxification.

Created by yoga master and Bikram creator, Bikram Choudhury, this “hot yoga” class focuses on a series of 26 basic postures practiced in a room heated to 105-degrees Fahrenheit. Each of the 26 postures is performed twice.

Chakras refer to the energy centers that flow throughout our bodies. According to the practice of yoga, we each have 7 chakras located in the crown, brow (or third eye), throat, heart, solar plexus, sacrum, and root (at the base of the spine).

Hatha yoga inspires almost all traditional yoga classes. One of the most friendly and gentle styles of yoga for beginners, Hatha pairs breathing exercises with yoga postures that are meant to align the skin, muscles, and bones, and open the spine to promote free energy flow.  Hatha yoga classes have no flow between postures.

Iyengar, pronounced like i-ying-ger, is a style of yoga created by Indian guru, B.K.S. Iyengar. This prop-focused style of yoga utilizes several blocks, belts, blankets, and bolsters to push physical and flexible limitations, and to overcome injury, or recognize structural imbalances.  Iyengar yoga poses are held for much longer than other yoga styles with focus on precise musculoskeletal alignment placed on each pose.

Kundalini is an energy-inducing, fluid sequence of yoga poses done to rapid, repetitive pace. Kundalini means “serpent energy,” which each class aim to awaken within the mind and body of every participant.

The term “Namaste,” pronounced like nah-mes-tay, is often used as a final farewell or thank you in yoga class. Namaste is most often spoken customarily at the end of class, seated cross-legged with hands pressed palms together, fingers pointing up, thumbs to the chest or brow, In Hindu the term Namaste roughly translates to “the divine in me recognizes the divine in you.”

A Western-inspired yoga method, power yoga was created in the 1980s for yogis seeking a more athletic-focused class. Most power yoga classes focus on a series of progressive poses (or flow) performed in a warm studio.

Pranayama, pronounced like prah-ne-yahm-ah, refers to a type of controlled, deep breathing used to connect body and breath during yoga class.

This relaxing style of yoga  is restorative in nature, meaning it focuses on calming the mind and body with basic asanas modified for those with physical limitations and injuries.  Restorative classes are ideal for beginner yogis.

This traditional sequence of yoga asanas is performed in “salute to the sun.” It’s often used in Vinyasa style flow classes as it is a flow through these yoga poses—starting in mountain to forward fold to lunge, to plank, to chatarunga, to upward-facing dog to downward-facing dog.

Vinyasa is an umbrella yoga term that encompasses Ashtanga and Power Yoga styles. It’s used to describe classes that flow with a rhythmic series of postures with little break in between.

* If you found this post helpful, I plan to follow up with a guide to yoga poses in the near future…